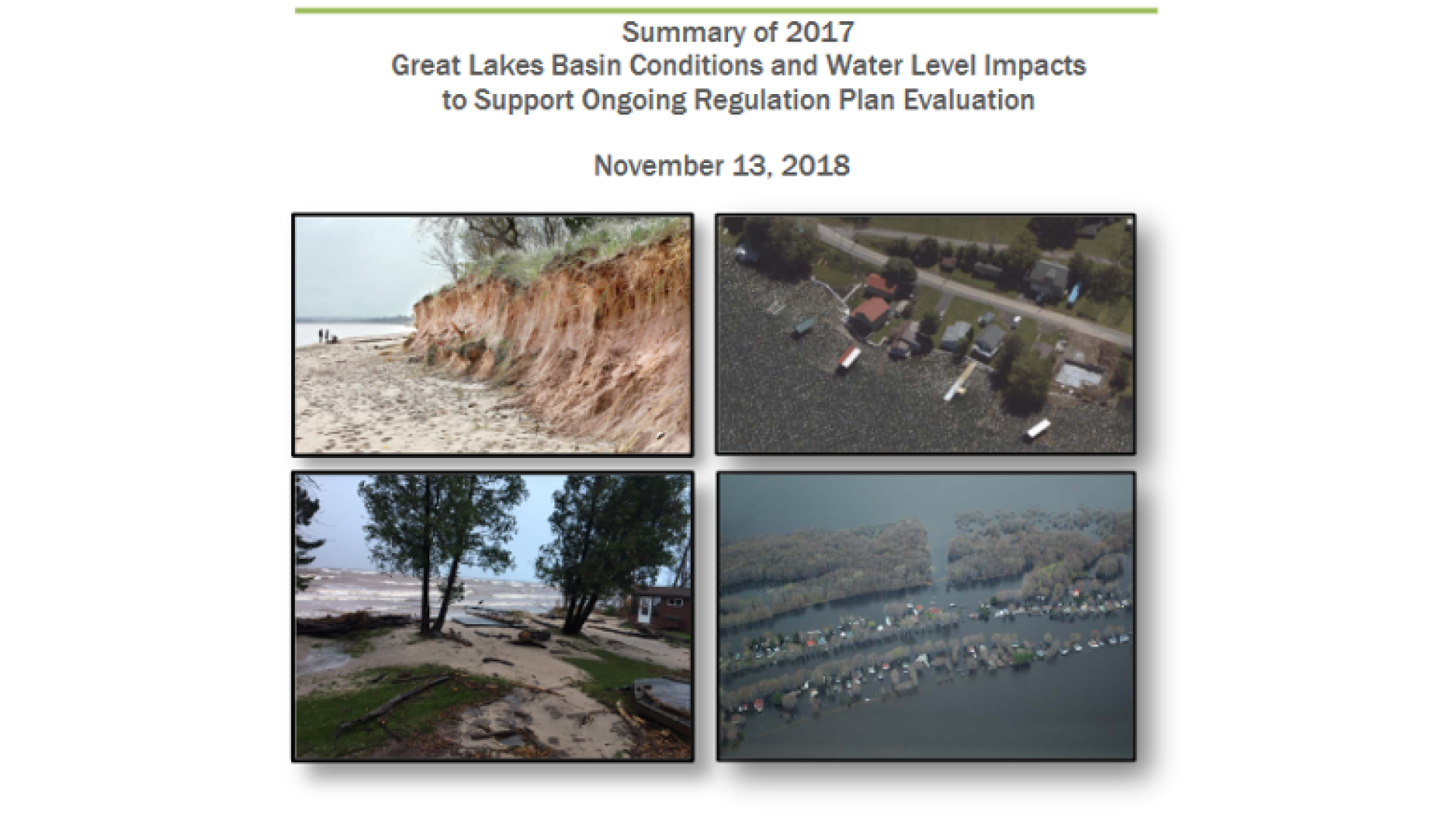 There were few surprises regarding how the plans used to regulate the outflows from Lake Superior and Lake Ontario performed during the record high rainfall and high water conditions of 2017. However, further data and assessment are needed to evaluate how the plans perform over the long-term, according to a report of the Great Lakes-St. Lawrence River Adaptive Management Committee (GLAM Committee).

The report reviews climate conditions, water levels and flows in 2017, and the available information on the impacts experienced by different interests throughout the Great Lakes-St Lawrence River system. The focus of the report is on the extraordinary conditions caused by record rainfall and runoff in the Lake Ontario and St. Lawrence River basins, where significant damage to coastal properties and negative impacts to recreational boating and tourism occurred.

The GLAM Committee’s analyses support the finding of a report issued by the International Lake Ontario-St. Lawrence River Board earlier this year that Plan 2014, the plan used to regulate Lake Ontario outflows, did not cause, nor meaningfully exacerbate the flooding and associated damages that occurred. The committee also examined potential changes to the rules in Plan 2014, including the maximum flow limits and high-water trigger levels, and found that the changes would not have significantly reduced water levels in 2017 and, in some cases, would have only shifted the damaging impacts from one geographic location or interest to another.  Overall, the analyses reinforce the fact that regulation of outflows alone cannot eliminate severe impacts during such extreme events.

While water level conditions on the upper Great Lakes were not as extreme, some high water impacts were noted. The GLAM Committee found that further investigation into regulation of Lake Superior outflows should focus on the impacts in the St. Marys River, which is more sensitive to flow changes than lakes Superior, Huron, Michigan and Erie.

The report, Summary of 2017 Great Lakes Basin Conditions and Water Level Impacts to Support Ongoing Regulation Plan Evaluation, is part of the GLAM Committee’s long-term adaptive management process to review and improve outflow regulation on the Great Lakes. The report is based primarily on the water levels and regulated outflows that occurred in 2017. The GLAM Committee also collected data on damages to coastal property and other impacts, but noted that much of the 2017 impact data gathered by agencies in both countries was not yet available to the GLAM Committee. As more data becomes available, the committee will be better able to evaluate the performance of the regulation plans.