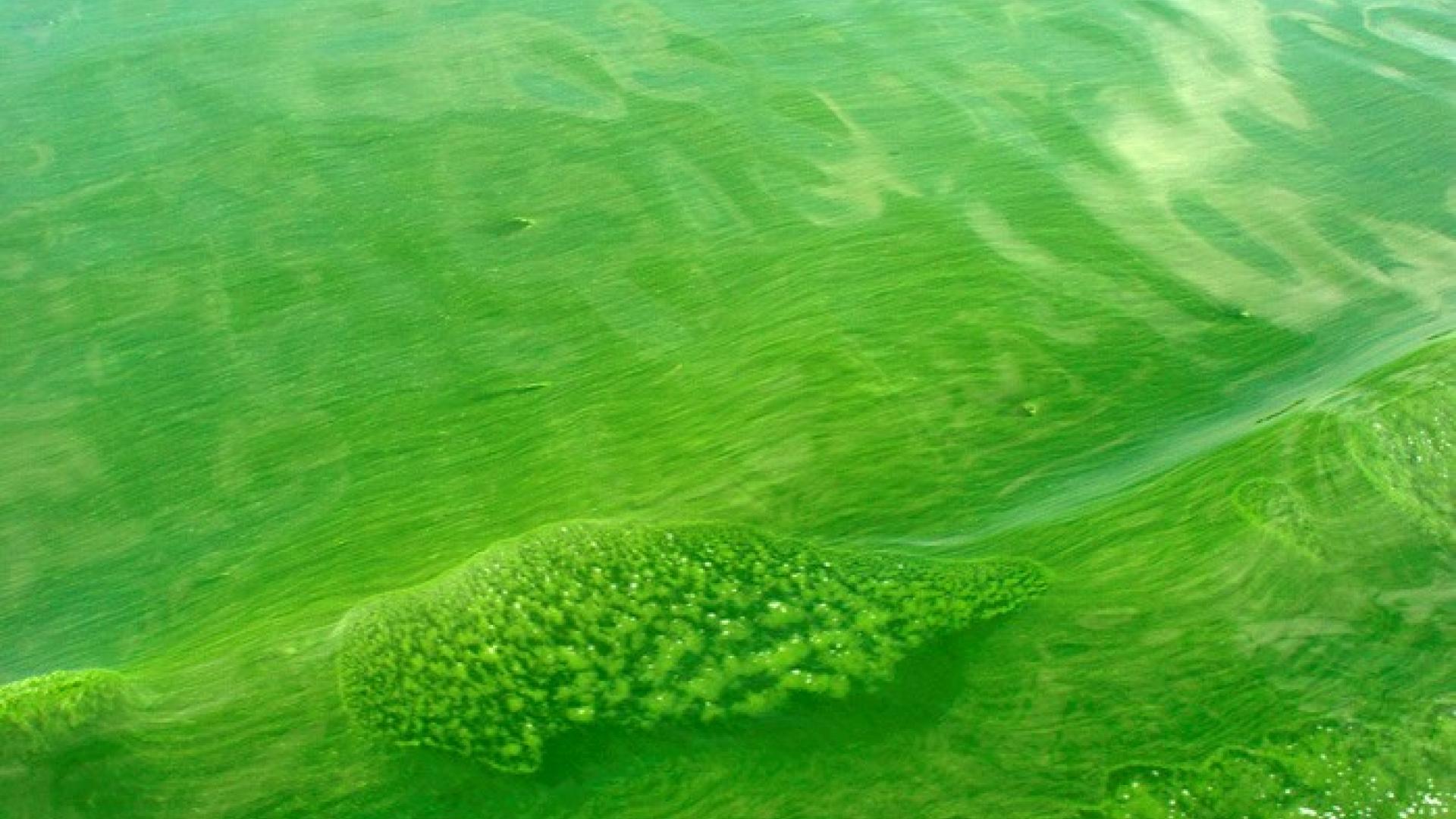 Lake Erie gets plenty of attention for its sizable harmful algal blooms, or HABs, that appear each year, and rightfully so. The lake experiences the largest blooms in the Great Lakes region, including one that shut down Toledo’s drinking water supply for a couple days in 2014. But Lake Erie is not alone in contending with this issue, as areas across the Great Lakes deal with recurring algal blooms each year. Differences in each area show that this is a complicated issue.

In Lake Ontario, the offshore waters typically have low amounts of phosphorus and algae of any type, according to Dr. Greg Boyer, professor of chemistry at the State University of New York. The story is different closer to the shoreline, particularly in bays like the Bay of Quinte, Hamilton Harbour, Sodus Bay, Little Sodus Bay and the Oswego River Harbor.

While some of these blooms – like those in Hamilton Harbour – appear nearly every year to some extent, other areas like Sodus Bay are much more intermittent. The economic impact can be devastating, too. Boyer said Sodus Bay’s last major HAB event in 2010 caused many people to cancel hotel reservations and leave the bay. Events since then have not been nearly as large.

A consultant’s report released by the IJC in late 2015 found that, despite limited data, HABs cause significant reductions in recreational and tourist dollars in Michigan, Ohio and Ontario, as well as property value losses in Ohio, measuring in the millions of dollars. A 2011 HAB event was estimated at causing roughly US$71 million in damages, and the 2014 event around $65 million.

Dr. Sue Watson, research scientist with Environment and Climate Change Canada, said Hamilton Harbour regularly sees algal blooms, both harmful and otherwise, but that the species of algae creating the blooms changes year-to-year. Bay of Quinte is much more predictable and seasonal as far as its harmful algal blooms, which are usually made up of the same species – commonly microcystis and anabaena.

Watson said researchers are trying to determine where these blooms are coming from, such as deeper in the water or in open-water regions of the lake before ending up at the nearshore areas, how they move through the water column, and what’s making them grow. It’s a serious issue, Watson said, particularly with four drinking water intake lines around the Bay of Quinte, serving about 51,000 people in Bayside, Belleville, Picton and Deseronto. The water is treated on a regular basis to deal with the toxins.

Figuring out what’s causing Lake Ontario algal blooms isn’t simple, though it is important economically and ecologically for the region. Boyer said the traditional understanding is that algal blooms are caused when nutrients including phosphorus and nitrogen from sources such as agriculture or water sewage systems get washed into waterways. The nutrients are then used by the algae to grow into massive blooms.

While that could be the case in areas where a lot of nutrients have been found in the water like Hamilton Harbour or Bay of Quinte, other factors may need to be considered elsewhere. Climate change, invasive species and nutrient recycling from the lake bottom could all be playing a role in the blooms, too. Sodus Bay has seen a consistently low amount of nutrients getting into the lake over the past five years, but still suffers from HAB occurrences, which differ in size and severity from year-to-year. Scientists are researching to what extent HABs can be linked to the resuspension and release of nutrients and phosphorus, in particular from the lake bottom back into the water column (a process known as internal loading). This happens when strong storms churn up water and mix the surface and bottom layers, which is particularly prevalent in the shallower bays like Sodus and Hamilton Harbour.

Efforts in Canada and the United States are underway to try and get nutrient loading under control to reduce HAB outbreaks in these shared waters, with scientists collecting data to support nutrient runoff reduction and water quality monitoring efforts. Boyer’s group from New York is trying to find out if runoff from the nearby village of Sodus Point, the town of Rose and area septic systems could be contributing factors in Sodus Bay.

Invasive mussels also are playing a role, particularly in the Bay of Quinte, Watson added. The mussels help to clarify the water column by filtering out and eating algae and microscopic animals called zooplankton. Nutrients are concentrated near the shoreline and phosphorus is released in a more bioavailable form (known as dissolved or soluble phosphorus) when the mussels die.

Climate change also may be exacerbating algal growth. Warmer winters are bringing longer periods of ice-free water that allow blooms to begin growing earlier, while heavy rain events are increasing storm runoff. And hotter, drier summers are resulting in long periods of warm, stagnant waters that sustain algal growth. Researchers also are looking into a potential link between beach closures and HABs, Watson said. At Hamilton Harbour, a beach monitoring program assesses if fecal bacteria like E. coli are attaching to algal bloom materials and are being moved inshore by winds and currents, specifically in Hamilton Harbour.

Even though Lake Ontario algal blooms may not be as large or consistent as those on Lake Erie, there are unique challenges to reducing the size of algal blooms and their frequency of occurrence in many bays along Lake Ontario’s coast. Narrowing down the causes and effects can go a long way toward that goal.