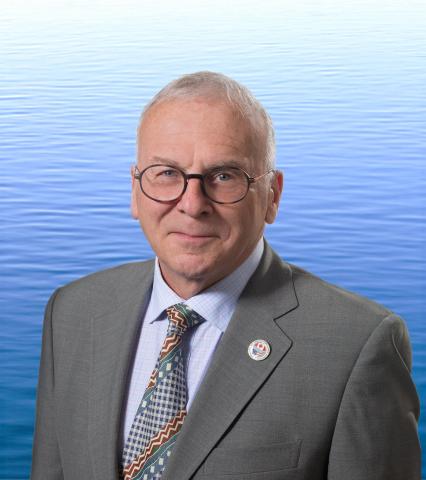 Pierre Béland is a scientist in environmental biology and toxicology, best known as an expert on the conservation of beluga whales. He was a founder and research scientist with the St. Lawrence National Institute of Ecotoxicology, an NGO dedicated to research and education on toxic compounds in estuarine ecosystems.

Dr. Béland has published three books, numerous scientific and popular articles, has hosted a TV series on the environment, and participated in several documentary films. He served for ten years as a Commissioner for BAPE, the Quebec environmental assessment Board. He has chaired public hearings for various agencies such as Parks Canada, Fisheries and Oceans Canada, Quebec Energy Efficiency Agency, Telus. Previously he headed the Fisheries Ecology Research Center with the Department of Fisheries and Oceans Canada, and was a paleoecologist with the National Museum of Nature. From Sept 1995 to Sept 1998, Dr. Béland was one of three Canadian Commissioners (and Acting Chair) with the International Joint Commission.

Until recently he owned and managed a company manufacturing equipment for research and management of aquatic and marine ecosystems. His most recent duties were as a Director of AquaForum, whose AquaHacking Challenge is a Canada-wide competition for graduate students and innovators aiming to create start-ups in the field of water technology and the blue economy.

Dr.  Béland holds a BA and a BSc from Laval University (Quebec City), and a PhD from Dalhousie University (Halifax). He was a Post-Doctoral Fellow at ORSTOM Centre, New Caledonia, and at the University of Queensland, Australia. He resides in Montreal, QC; he is fluent in French and English and proficient in Mandarin.