The Skagit River is a sub-basin of the Puget Sound basin and flows 241 km (150 miles) from British Columbia into Washington state before draining into the north end of Puget Sound. The main basin of Puget Sound runs from the Tacoma Narrows to the waters between Point Wilson and Whidbey Island. The Skagit River provides around thirty percent of the freshwater flow to the Puget Sound basin. The river is largely free-flowing – save for a trio of dams that provide power to the city of Seattle – and features healthy populations of salmon, bald eagles, and snow geese. Ross Lake, formed by the Ross Dam, extends into British Columbia.  Although the IJC does not have any Orders or References active on the Skagit River at this time, in 1984 it brokered an agreement for a "paper dam" giving the City of Seattle access to power from British Columbia at costs similar to the financing an increase in height for the Ross Dam which would have flooded 2,000 hectares of land in BC. 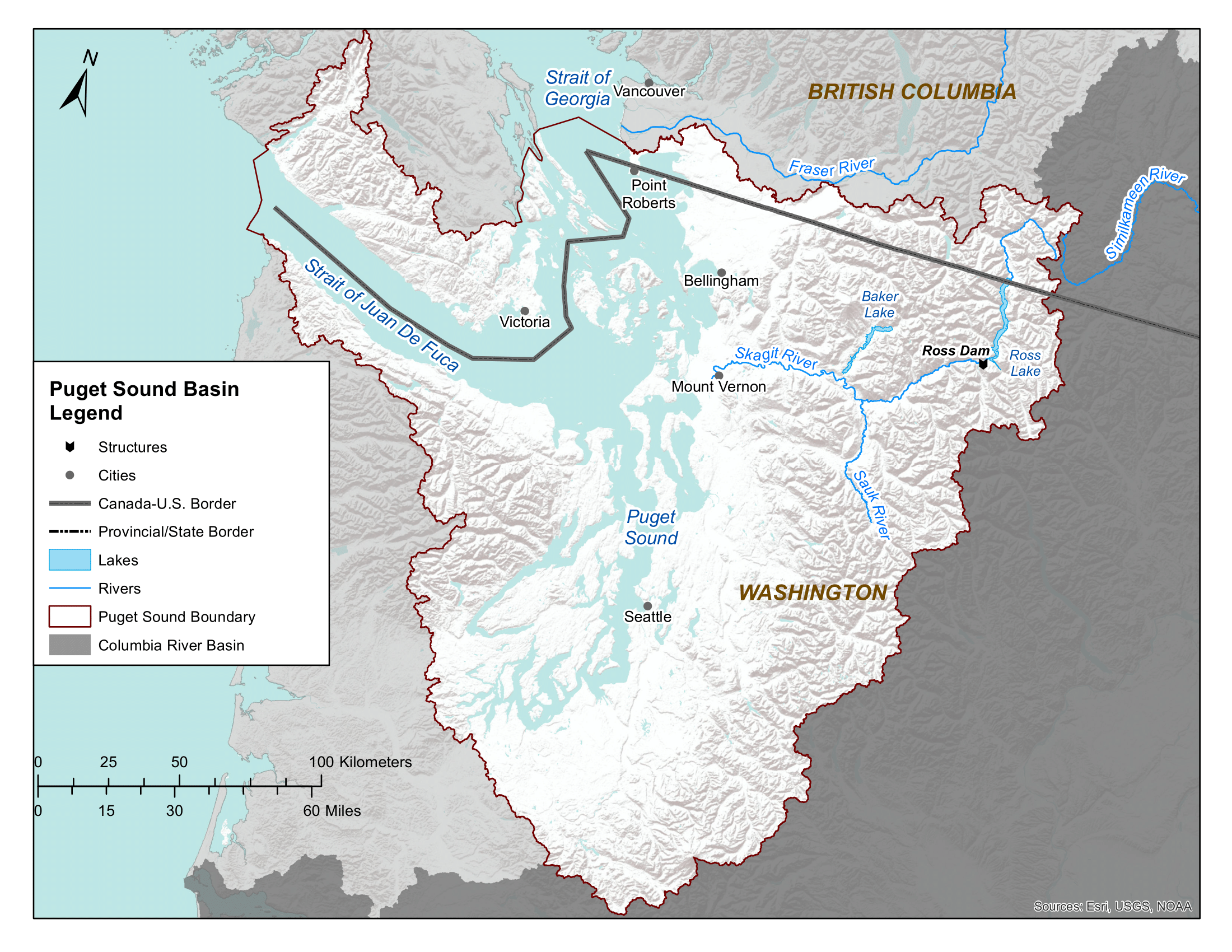