The long, winding Lake Champlain sits primarily between New York and Vermont, and stretches north into Quebec, where it drains into the Richelieu River – and in turn, the St. Lawrence River. The lake is about 172 km (107 miles) long within the Lake Champlain Valley, getting water from several tributary rivers and from the Adirondack and Green Mountain ranges around it. In turn, around 250,000 people use the lake as a drinking water source from major cities such as Burlington, Vermont, and Plattsburgh, New York. The Richelieu River and Lake Champlain are also used for transporting tourists and locals via boats and for sport fishing, especially species like northern pike, bowfin, and largemouth bass. Because the system drains so much of the surrounding region, it does face water quality issues due to nutrient runoff, and periodically floods into the surrounding region. The IJC currently has a reference underway in the area to look at flooding in the Lake Champlain-Richelieu River system. 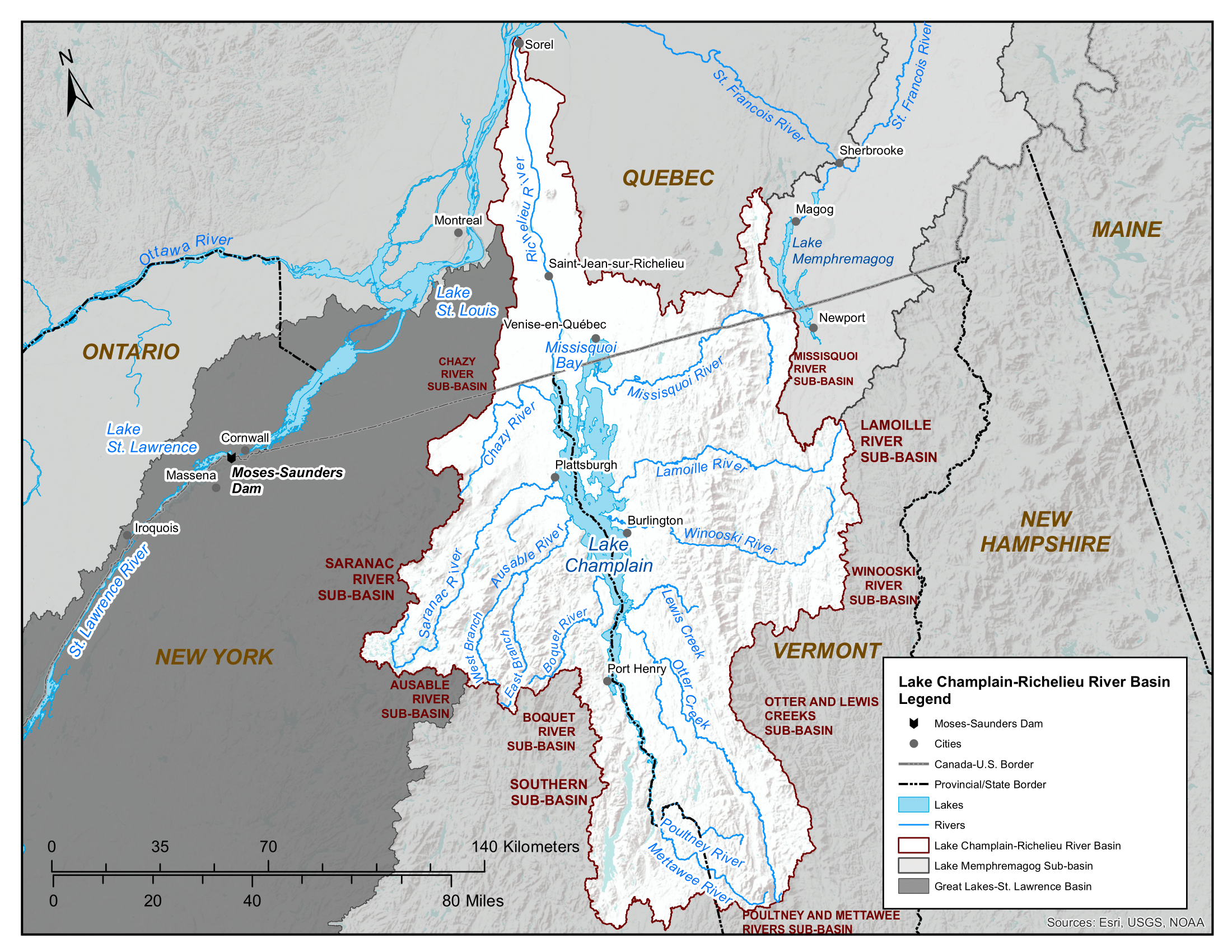 The board is carrying out the work in the IJC’s plan of study to more fully explore the causes, impacts, risks and solutions to flooding in the Lake Champlain-Richelieu River basin.