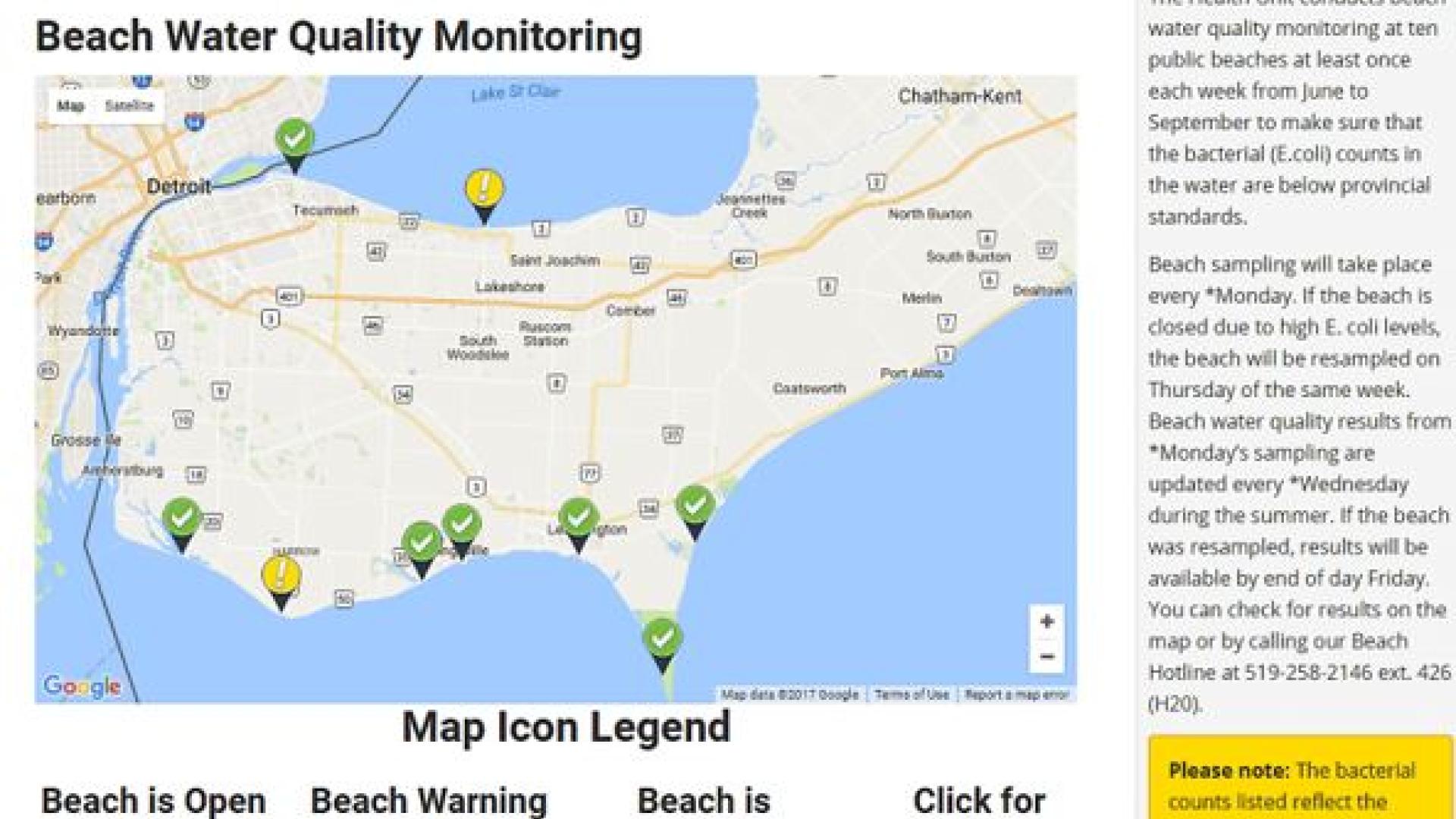 The Great Lakes Institute for Environmental Research (GLIER) at the University of Windsor is a multidisciplinary research facility located on the Canadian side of the Detroit River. Researchers at GLIER address complex environmental problems such as the effects of multiple environmental stressors on large lakes and their watersheds. One of the major concerns for public health around the Great Lakes basin is microbial (bacterial and algal) contamination in recreational and drinking water. The greatest health concern associated with recreational water use is gastrointestinal illness resulting from exposure to bacteria, viruses or protozoa from human or animal fecal sources.

Aside from the direct public health risks, microbial contamination has enormous economic impacts, including beach closures, commercial and recreational fisheries losses, increased water treatment costs and loss of productivity due to illness and imposed protective measures. Water for recreation is a top tourist attraction in North America, which contributes billions annually to the Canadian and US economies. In Canada, Great Lakes recreational water use injected $12.3 billion into the Ontario economy in 2010, while the US National Oceanic and Atmospheric Administration (NOAA) estimates that a third of all US recreational boaters are based in the Great Lakes.

Public health agencies in Canada and US have used fecal indicator bacteria (FIB) cultures, especially Escherichia coli (EC) for freshwater and enterococci (ENT) for salt water, as indicators of fecal contamination and associated risks to human health. However, there is growing evidence that these cultures may not necessarily correlate well with actual pathogen presence or abundance.

There is also evidence that EC and ENT can survive, grow and establish populations in natural environments such as freshwater lakes and streams, soils and sediments. Culture-based measurements of EC and ENT don’t indicate their potential sources and therefore are of limited value for identifying significant pollution sources and determining most cost-effective mitigation measures.

Further, the approved standard culture methods for measurements of EC and ENT require a minimum of 18 hours for the results to become available, although the state of Michigan recently initiated a rapid genetic test for E. coli.

Studies have shown FIB numbers to be quite dynamic with no correlations observed from one day to the next, which is also true in the Windsor/Essex region of Ontario. These types of fluctuations can result in false positive and false negative errors in beach warnings and closures; false negative errors pose a health risk to beach users.

Given the limitations in culture-based water testing, GLIER researchers are developing rapid, culture free, genomic-based tools (by amplifying the DNA) to provide fast and accurate identification of the microbial community and the probable source of contamination (human, animal or sediment).

To maximize the geographic coverage of the testing, GLIER researchers organized a water quality testing event on Aug. 19. Water samples were collected at 450 locations along Lake Erie, Lake St. Clair and the Detroit River, as well as other small river and stream tributaries with the help of citizen scientists.

Without this involvement, such broad-scale water sampling is close to impossible. Beach testing results using the developed methods in a commercial lab or test facility will take less than six hours. As a research facility, GLIER is developing these techniques and hopes to have the process optimized for use by health departments and other agencies before the end of the year.

In addition to pathogen identification, the GLIER research team is working on models to allow managers and public health officials to identify probable sources of microbial outbreaks and make decisions based on accurate predictions, ahead of time. The developed tools and methodology in this project can be applied seamlessly in other jurisdictions around the Great Lakes, across Canada and around the world.

Dr. Daniel Heath is an evolutionary and conservation genomics professor at the Great Lakes Institute for Environmental Research at the University of Windsor in Windsor, Ontario.