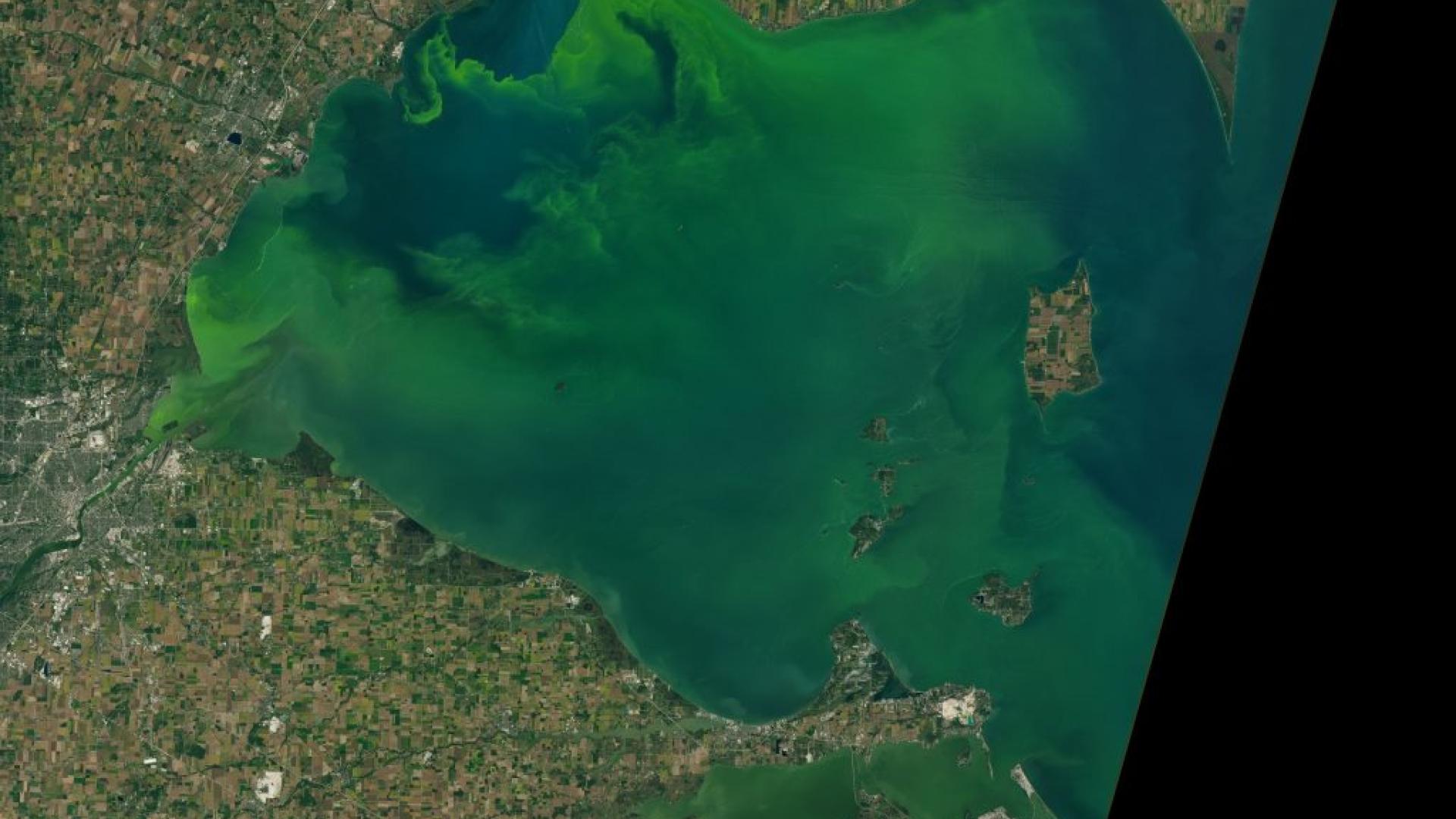 Lake Erie is the shallowest and warmest of the Great Lakes. Yet it receives the most nutrients of any of the five lakes, from sources like urban and agricultural runoff. In turn, it produces the most fish of any of the lakes. But nutrients also fuel the growth of the wrong kind of algae in Lake Erie, particularly in the western basin of the lake.

These algae, called cyanobacteria or blue-green algae, have contributed to large “dead zones” where there isn’t enough dissolved oxygen for fish and aquatic organisms to survive. The dead zones form in the cold bottom layer of the Central basin between Sandusky, Ohio, and Erie, Pennsylvania. Similar problems occur in Green Bay, Wisconsin; Saginaw Bay, Michigan, and in many other lakes in the US, Canada and around the world.

These problems are not new to Lake Erie. We faced these same problems in the 1960s and ‘70s.

The Great Lakes Water Quality Agreement (GLWQA) between the US and Canada was originally signed in April 1972, and allowed US and Canadian scientists to reach agreement that excessive phosphorus loading was driving blooms and dead zones, and set targets for total phosphorus (TP) loads to Lake Erie—11,000 metric tons annually.

A reduction to a 11,000-metric ton target for total phosphorus under the Agreement was reached in the mid-1980s and the lake responded by becoming the “Walleye Capital of the World.” Coastal economic development and tourism grew rapidly. Today, tourism in the eight Ohio counties that border Lake Erie supports almost 124,000 jobs and has an annual economic value in excess of US$14 billion.

Today, the annual load of TP to Lake Erie is still close to the 11,000-metric ton target, but the amount of DRP in that load has increased by 132 percent. This is the primary driver of harmful algal blooms (HABs) we are seeing today. Elevated numbers of cyanobacteria in the Western Lake Erie basin began to reappear in the late 1990s and have grown rapidly since 2002 with the five worst blooms occurring since 2011.

These reductions are designed to reduce the severity of HABs, resulting in HABs like the small blooms observed in 2004 and 2012 or smaller, nine years out of 10, or 90 percent of the time. The reductions also are designed to raise the average dissolved oxygen concentration in the dead zone of the Central basin to above 2.0 mg/l (the definition of hypoxic conditions). The US and Canadian governments approved the recommendations in February 2016.

Each of the states surrounding Lake Erie, the province of Ontario, and both countries are currently working on Domestic Action Plans that describe the actions they will take to reach the 40 percent reduction target. A team of scientists prepared a 14-page white paper that summarizes research results and identifies possible strategies to aid managers, decision-makers, and elected officials in developing the best domestic action plans.

The white paper notes that the Maumee and Sandusky rivers are the largest tributary loaders of phosphorus to Lake Erie and the Great Lakes, and 87 percent of this phosphorus is coming from nonpoint sources, of which agriculture is the dominant land use. Mean TP concentrations in these rivers (0.42 mg/l) are about 30 times greater than in the Detroit River (0.014 mg/l), and the Detroit River concentration is not high enough to cause a HAB. While the Detroit is not a major driver for Western basin HABs, the Task Team identified it as one of 14 priority tributaries, and its approximate 2,500-ton load is a contributor to the Central basin dead zone.

Between 2002 and 2013, 70-90 percent of the phosphorus and nitrogen discharged from the Maumee River occurred during the 10 largest storm events each year, according to an article in the Journal of Great Lakes Research by David Baker from Heidelberg University and several co-authors.

According to the white paper, it appears that the four most important sets of actions for farmers to reduce nutrient loading are:

There are three common mechanisms that can be used to promote adoption of specific management practices:

Voluntary adoption of recommended practices will not occur unless outreach focuses specifically on building farmer’s confidence in their ability to implement a set of cost-effective solutions. Survey data in the Maumee River watershed indicates that about a third of farmers (equivalent to about one-third of the acres in the basin) are engaged in best practices or are willing to do so, another third are hesitant but considering best practices, and the final third are unlikely to change their practices in the short-term (specific numbers depend on the practice). Those least willing to take additional action to reduce nutrient loss tend to be closer to retirement, and/or farm more rented acreage.

Results from ongoing watershed modeling efforts indicate that there are multiple pathways to reach the 40 percent P reduction target by packaging groups of best management practices together. Each of these pathways typically requires a total adoption level of 50 to 75 percent for each of the practices within the package. A good deal of action will be required to reach those adoption levels as current adoption rates for recommended practices range from 20 to 50 percent on average.

Survey data indicate that targeting those individuals who are currently willing to consider the practice or focusing on the larger farms may be sufficient to achieve necessary adoption levels. Farms greater than 50 acres represent 45 percent of the farms, but 97 percent of the total acres. Over half of the land that is planted is rented, raising the importance of conservation on rented and owned land.

Dr. Jeff Reutter is former director of Ohio Sea Grant and Stone Lab at Ohio State University. He retired in November 2017 but continues to participate on advisory groups concerned with protecting Lake Erie and the Great Lakes, including serving as US Co-Chair of the Task Team. 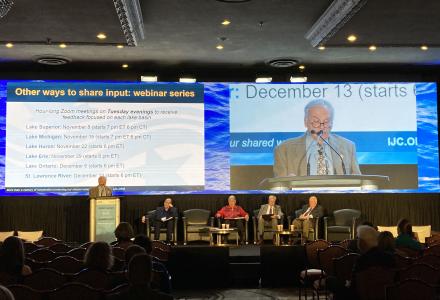 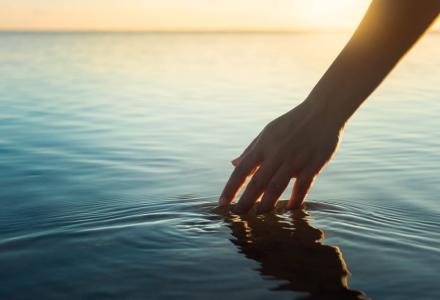