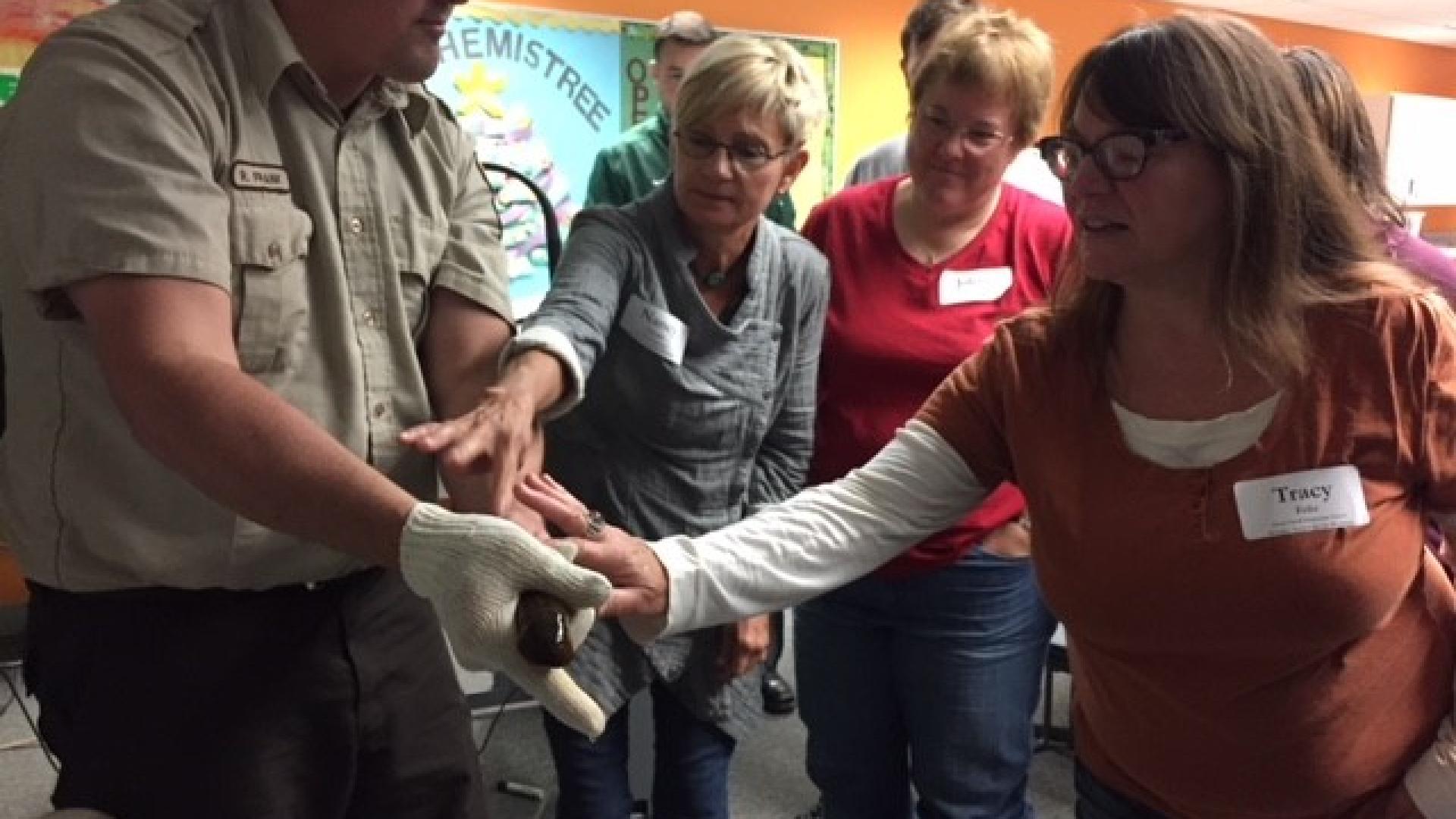 Children spend a considerable amount of time each year in school, and for those who live near the Great Lakes this region can be the perfect venue for science education. Furthermore, what better way to help improve Great Lakes education in the classroom than by teaching the teachers? That’s the thinking behind a pair of programs, funded by the Michigan Invasive Species Grant Program and the US National Science Foundation (NSF).

The most recent session was held in July on Belle Isle, Michigan, the island park on the Detroit River known as the “Jewel of Detroit.” The NSF-funded program brings in educators from Detroit Public School Community District for a weeklong summer workshop, helping them learn more about the ecology of the Great Lakes and the invasive species that have set up residence in Great Lakes waters, and plan class projects that involve using that unique regional resource.

The program also offers funds for teachers’ educational programs, which can include field trips to Belle Isle and the Belle Isle Aquarium, said Amy Emmert, director of education with the Belle Isle Conservancy, as well as for teachers to purchase supplies related to teaching kids about science and invasive species.

“We’ve got a massive opportunity to open up to local students, to show that there are great recreational, educational, and scientific opportunities in Detroit,” Emmert said.

These educational efforts started in 2017 with a series of six-hour workshops focused on invasive species for teachers and other informal educators (such as those at museums, aquariums and nature preserves), held at Belle Isle in Detroit, Marquette, Saginaw, Mount Pleasant and Ada, Michigan, said Joan Chadde, director of Michigan Technological University’s Center for Science and Environmental Outreach.

Because invasive species can be inadvertently moved around or introduced into the basin by the general public, limiting their spread as much as possible through educational efforts is key, according to Jeffrey Ram, professor of physiology at Wayne State University. Additionally, participating teachers could receive $200 stipends if they write and submit an approved lesson plan, Ram said, with 15 approved lesson plans listed on the BIAquariumSTEM.org website as of August 2018.

“Based on the testimony of teachers that it’s been useful to them in their teaching, we think it should have had an impact,” Ram said. In all, about 120 educators participated in the six workshops, and Ram anticipates they could in turn influence 20,000 kids annually through their jobs.

An invasive species quiz was given to students from second grade through high school by participating teachers, testing recognition of what some invasive species are and soliciting ideas on how to control their spread. Ram said about 75 percent of all students tested successfully recognized the native vs. nonnative/invasive species, and 96 percent were able to give correct answers to the questions on controlling or preventing their spread.

The July workshop was focused on using aquariums as a local educational resource. Over four days, a variety of speakers gave presentations to the fifth-grade teachers from Detroit Public Schools Community District. The presentations were designed to help teachers develop lesson plans around the concepts of food webs, adaptation, invasive species, reproduction and the complex relationship between science, economics, history and geography in the Great Lakes.

Emmert said the Belle Isle Conservancy has educational equipment on hand, such as microscopes that can be projected onto whiteboards and take photos or video recordings, so part of the workshop included coming up with ways that teachers could use these resources in the classroom. For example, she suggested teachers could collect water samples from the Detroit River off the island – or bring students along to do it as part of a field trip – and then use the microscopes to look at, photograph and identify tiny creatures that live in the water.

The teachers also learned how to write grants to fund bus trips to the aquarium to meet with educational staffers or local experts and speakers, Emmert said, or host a STEM (science, technology, engineering and math) based event at their schools.

Ram said the NSF-backed program focuses on fifth-grade teachers because studies suggest that is when kids begin thinking about what they’d like to do in the future.

“Our intention is to prove that this is a good model for stimulating the interests of K-12 students in science and science careers, and with that model we’d like to interest other institutions to do similar projects,” Ram said. “If we were to work together with the Shedd Aquarium (in Chicago) or the National Aquarium (in Baltimore) or elsewhere to create similar programs, we’d have a highly positive impact on the education of students in urban school systems.” 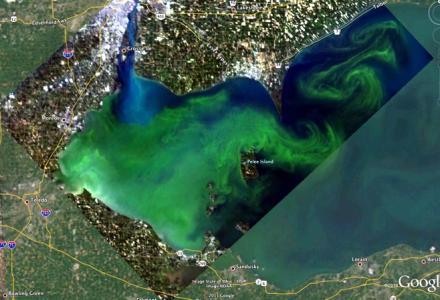 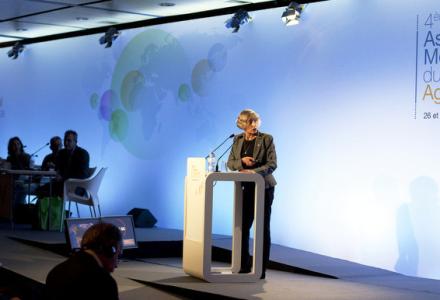