The IJC is often asking the public for comments. We don’t always get as much participation as we’d like.

We’ve started using social media tools to reach more people in recent years, including Facebook, Twitter, and an online newsletter. We’ve had some successes, but we want to go further.

The goal is to make the best decisions after considering the science, options and affected parties.

Under the new Agreement, there’s a greater emphasis on public engagement and education. The IJC has even been given specific tasks, which we’re excited to be pursuing.

To start, our first Triennial Assessment of Progress will be completed after the Canadian and U.S. governments issue their own 2016 Progress Report on the Great Lakes.

The Commission will collect public comments on the governments’ progress report, and conduct its own review of progress made in meeting the Agreement objectives (which include engaging people in collective efforts for Great Lakes water quality).  Much work is already underway in developing indicators and a framework for assessing progress.

The IJC also is focusing on a different Great Lake each year under the Agreement, beginning with Lake Erie, which has seen a recent resurgence in algal blooms. Next up is Lake Michigan in 2014, followed by Lake Superior in 2015, Lake Ontario in 2016, and ending with Lake Huron in 2017. The order of these may change, but we still aim to cover all the lakes by 2017. 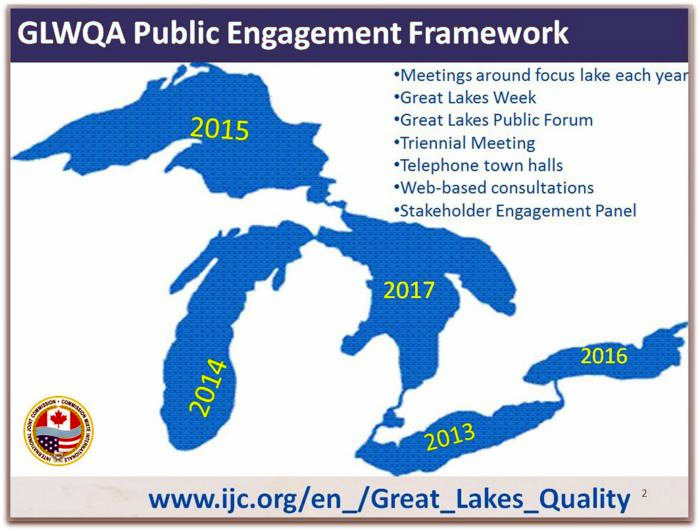 See the draft report on the Lake Erie Ecosystem Priority for more on our 2013 efforts (including recommendations that aim to make a measurable dent in algal blooms in the near future).

We collected an array of input during a recent series of public open houses held throughout the basin on the Lake Erie Ecosystem Priority, also known as LEEP.

The week’s activities included a Binational Public Forum (one is required every three years under the new Agreement). A video of the Forum is available here.

Our first Triennial Meeting, also held during Great Lakes Week, focused on educating the public about Great Lakes science. With this knowledge in hand, we hope there’ll be a better understanding of how governments put together “state of the lake” reports and “assessments of progress.” One important component in this preparation is public involvement. A video of the Triennial is available here.

If you missed all or some of meetings from Great Lakes Week (we realize there’s more interest than ability to attend), you can watch video coverage online, via Great Lakes Now.

On that note, we’re doing test runs of telephone town halls. The idea is to allow the Commission to connect with more people who can’t make it to a meeting.

All in all, we have ambitious plans. The bottom line is to assist the Canadian and U.S. governments in protecting the Great Lakes, upon which the 40 million people and countless other life forms depend.

That assistance has to come with a hand from the public. Please join us! 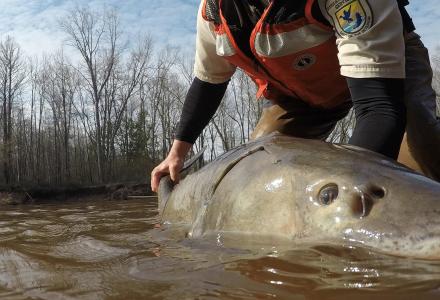 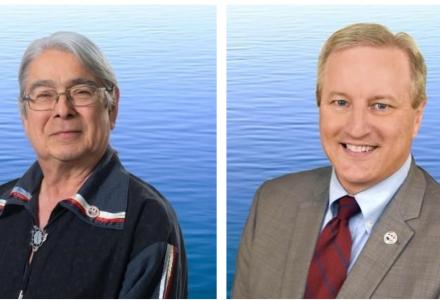 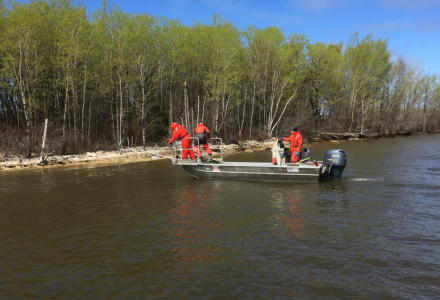