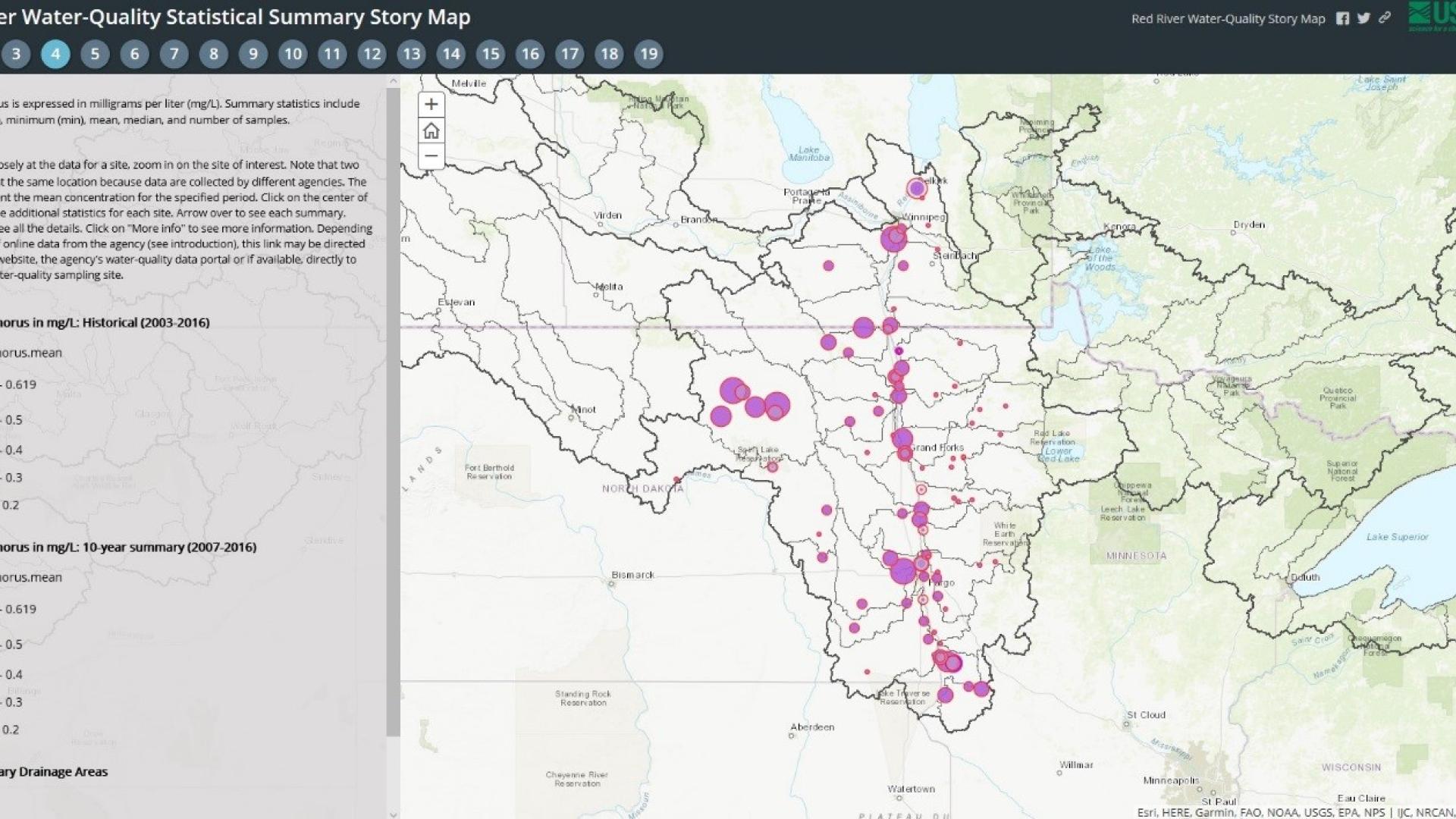 The Red River, which flows north between North Dakota and Minnesota and through southern Manitoba, isn’t the only US-Canadian waterway facing issues with pollutants such as nitrogen, phosphorus and sulfates. But as a watershed that spans two countries, an extra wrinkle is presented in compiling data to quantify the problem. Information from two countries, two states and one province needs to be combined to understand the extent of river conditions.

A collaborative effort between the IJC and US Geological Survey (USGS) has resulted in an online story map that allows visitors to see how amounts of different pollutants from throughout the Red River system have been measured over time. Using data from multiple agencies at federal, provincial and state levels, the maps provide an overview of water quality data in one location, said Rochelle Nustad, hydrologist at the USGS Dakota Water Science Center.

“It makes (these data) readily available to any type of decision maker to go and be able to look at a site anywhere in the basin, and get an idea of what the water quality looks like at those stations,” Nustad said.

The IJC has a reporting role to the governments of the United States and Canada in the Red River basin, with the International Red River Board tasked in part with reporting on water quality and providing recommendations to the IJC on ways to improve conditions. Working with IJC staff, Nustad developed and released the first version of the story map in 2013. Since then, it’s been updated regularly with new data from sampling sites throughout the basin.

The information comes from USGS, the Minnesota Pollution Control Agency  and the North Dakota Department of Health on the United States side of the border, and from Environment and Climate Change Canada (ECCC) and Manitoba Sustainable Development (MSD) on the Canadian side.

All the US data can be found on the National Water Quality Monitoring Council Water Quality Portal website, sponsored by the USGS and US Environmental Protection Agency (EPA). For Canada, Nustad receives data from ECCC and MSD.

Water quality data from the agencies is then used to update and build out the story map.

But the story map only shows data points. To determine if conditions are improving or getting worse across the basin, Nustad said local agencies and the Red River board are working with USGS on a report that will show long-term water quality trends throughout the basin while accounting for changes in water streamflow over time.

The trend report and an additional companion story map were funded by the IJC’s International Watershed Initiative program in March, with additional funding from the North Dakota and Minnesota agencies, and are on track to be published around June 2019.

“We’re hoping this lays a foundation for being able to look at the trends for every five-year period,” Nustad said. “Has the trend changed? Have we gone up or down? Are we making progress in the efforts we’re doing to improve water quality in the basin?”

Data for the trend analysis are coming from seven sites with long-term data (counted as 25 years or more) and from 30 sites featuring short term data, going back 10-15 years. Researchers analyzing the data look at nutrients, sulfate, chloride, total suspended solids (materials like silt, sewage, or decayed plant and animal matter) and total dissolved solids (substances such as calcium, potassium, magnesium and sodium).

The trends report and map will be critical toward gaining knowledge for resolving problems with nutrient pollution in the Red River, according to Jim Ziegler, Red River board member and a Minnesota Pollution Control Agency manager. While agencies in Canada and the United States have data on specific conditions at specific times, he said the trend data are important for pointing out what particular locations or projects would be the most beneficial to target, and what the best remedies may be.

Ziegler said research funded through the Red River board and the nonprofit binational Red River Basin Commission  can assist state and provincial agencies in developing individual recommended strategies that will go over specific steps needed to resolve nutrient pollution in the river. There’s no firm date for when those will be completed, but he said the trend report will be valuable in coordinating efforts across the basin.

Even without a trend report, the story map indicates hotspots for different pollutants, with data going back to 2003 for most sites and earlier for a handful of others.

“I think this has been a great collaboration among the agencies (and the IJC),” Nustad said. “It’s not just providing these data, but showing as an international Red River board we’re working together to try and improve our water quality, to combine our efforts and use tools to help us in doing that.” 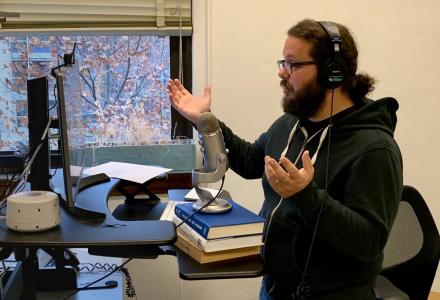 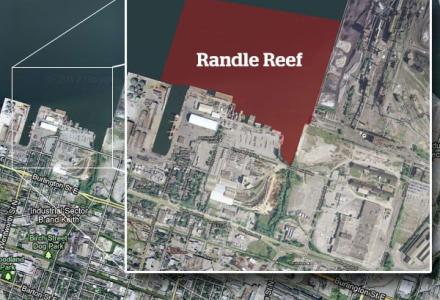