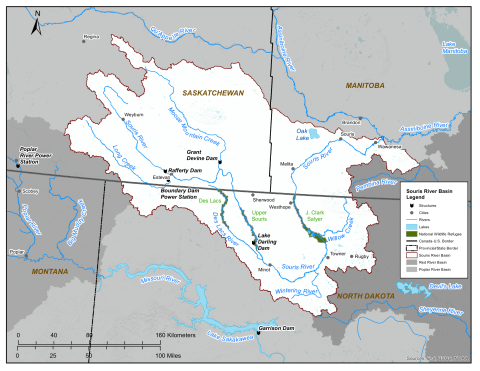 The International Souris River Study Board submitted its final report to the International Joint Commission on September 21, 2021.  The report addressed matters raised in a reference provided by Canadian and US governments on July 5, 2017. The reference is based on the "Plan of Study: For the Review of the Operating Plan Contained in Annex A of the 1989 International Agreement Between the Government of Canada and the Government of the United States of America," which the Commission submitted to governments on June 7, 2013. (View the 1989 agreement)

The final report reviewed the operating rules of the 1989 Agreement, improved our understanding of flooding in the basin, and recommended potential changes to the operating plan to reduce risks of flooding and other water uses in the Souris River basin.

Subscribe to receive news and updates on the Souris River Study.