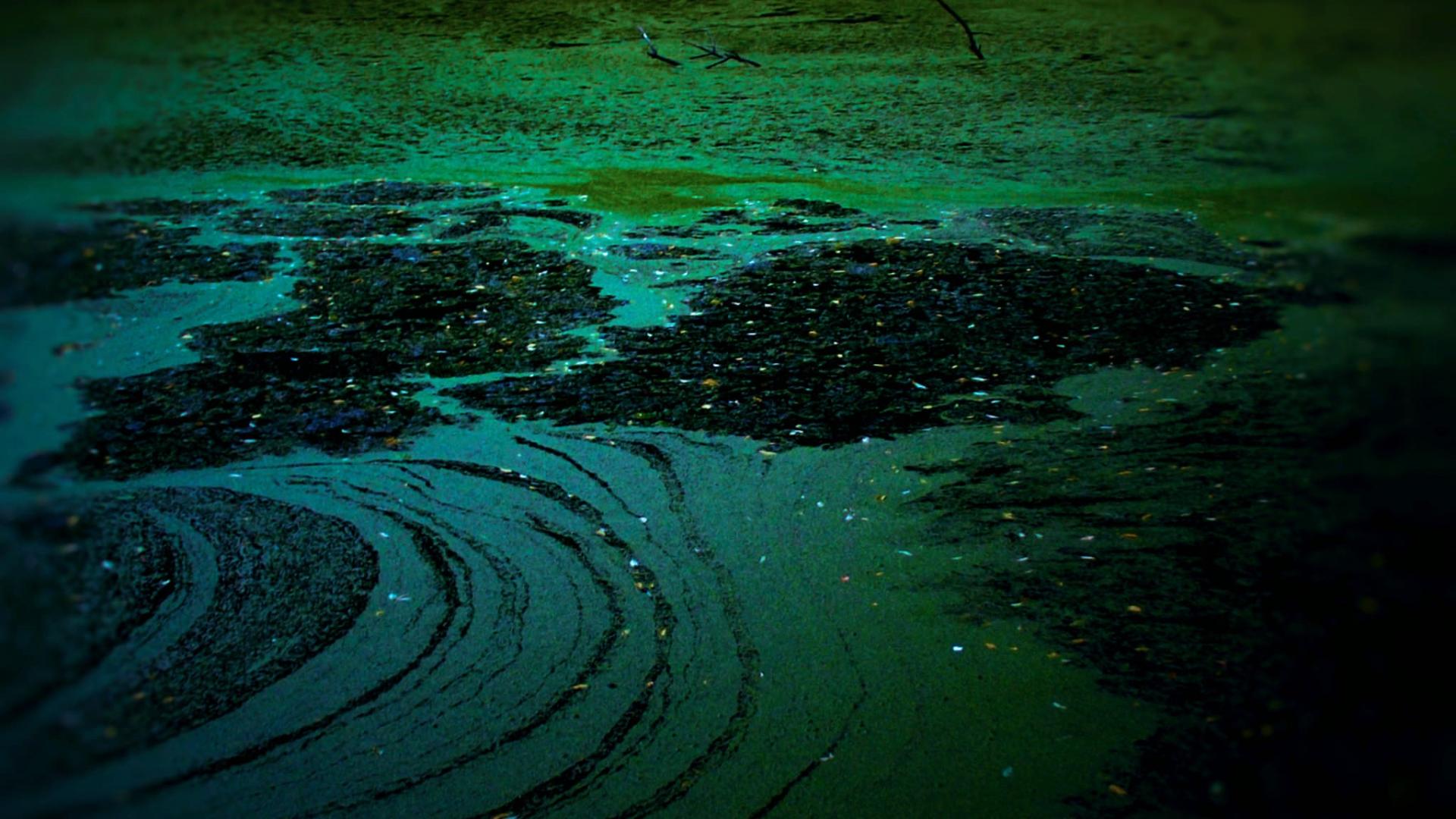 There are numerous potential sources for nutrients from watersheds, from manure and fertilizers to wastewater treatment systems and urban runoff. Nutrients can also find their way into the water from atmospheric deposition in the form of rain and snow or through deforestation. To deal with nutrients entering the Great Lakes, one of the first steps is knowing the source. Much like how crime investigators can use fingerprints and bits of DNA to track down their suspects, scientists can do the same thing with environmental fingerprinting.

Environmental fingerprinting involves measuring or determining the characteristics or “signatures” of specific physical, chemical or biological substances that would reflect their sources.

Isotopes are essentially atomic weight variations of an element; while isotopes have the same number of protons for a given element – in this case for nitrogen – isotopes also feature a different number of neutrons. This means they will have a different weight than the standard form of nitrogen, explains James Herrin, project manager at Source Molecular, a commercial laboratory. These nitrogen isotopes tend to have similar proton-neutron ratios if they’re being processed from the same source, making them useful markers to track down a pollutant’s origins.

A chemical analysis can allow researchers to pinpoint the distribution of nitrogen and oxygen isotopes in a substance known as nitrate. This technique has been used in the Great Lakes basin several times in the past.

For example, deforestation typically leads to a release of nitrate, but this wasn’t seen in the Turkey Lakes area of Ontario on the northeast side of Lake Superior in the late 1990s and early 2000s. Trees were being harvested north of Sault Ste. Marie, which should have resulted in a greater amount of nitrates running downstream into Lake Superior. A study analyzing these nitrate isotopes by monitoring local streams and vegetation showed that the nitrate releases were instead ending up in a small wetland downstream, said John Spoelstra, a scientist with Environment and Climate Change Canada who lead the research. This suggested that protecting wetlands downstream of woodcutting sites can help reduce the amount of nitrate pollution that would otherwise occur.

Knowing if nutrients are coming from specific waterways flowing through forested/natural, agricultural or urban areas can help officials and agencies tailor their actions to the largest sources of pollution. For those looking to reduce the amount of nutrients in Lake Erie, such information is valuable in relation to Canadian and US Domestic Action Plans. Those plans aim to reduce nutrients entering Lake Erie to combat harmful algal blooms. To do that analysis though, many water samples in different conditions and time periods are needed.

“If you can get the fertilizer or the animal waste being used (from agricultural sites), or samples from septic tanks, you can … estimate or measure the isotope ratios there,” Herrin said. “Then you can plot that data and compare it to your water samples at the contaminated sites.”

For example, nitrate, including that from synthetic fertilizers, is mobile and can seep down into the soil past where plants can reach it, entering the groundwater system and on into the open waterways, Spoelstra said.

In contrast, manure and some other commercial fertilizers include another form of nitrogen, ammonium, which tends to stick to soil particles – for a time, anyway. Eventually bacteria in the soil can convert ammonium into nitrate, which can percolate through the soil to groundwater; these biological changes affect the isotopic clues researchers can use to identify a source, making it difficult to identify a source using only isotopes.

Due to limits on fingerprinting inorganic fertilizer versus manure, substitutes also have been used for IJC work to determine phosphorus sources in the Lake Erie basin, such as in the IJC’s Fertilizer and Manure Application in Western Lake Erie report from 2017. These include fertilizer sales data, fertilizer application and usage reports and calculating how much manure was produced by a number of livestock; that IJC report notes that wastewater, industrial and urban phosphorus sources are generally considered to account for 15-25 percent of phosphorus inputs to Lake Erie.

As Ontario, Michigan, Ohio, Indiana, Pennsylvania and New York seek to get a handle on algal blooms and nutrient pollution in Lake Erie and face water quality issues elsewhere in the Great Lakes basin, this kind of source tracking work could prove useful in fine-tuning their approaches.