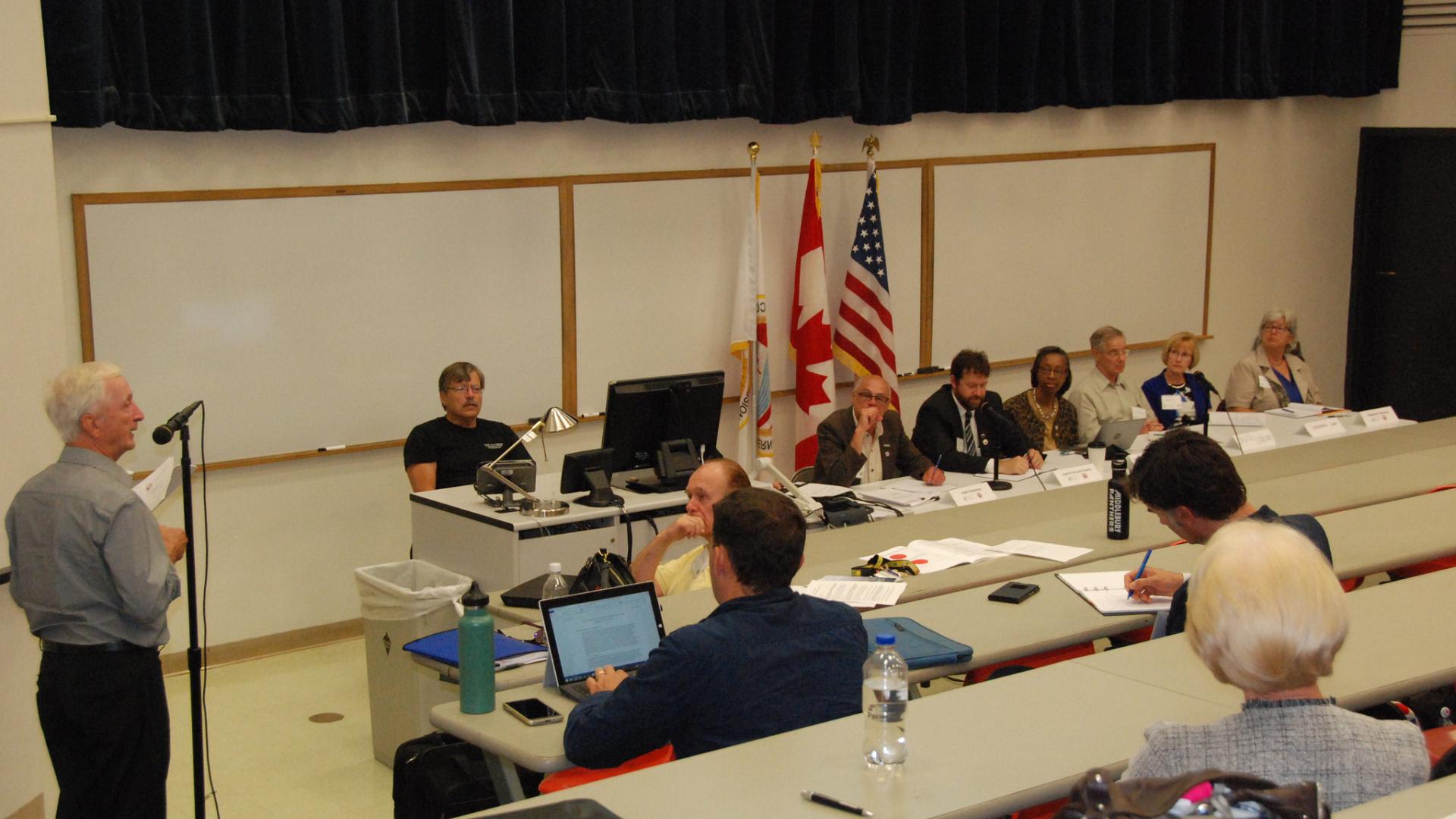 Since holding its first meeting in January, the International Lake Champlain-Richelieu River Study Board has been putting together a draft work plan to study flooding in the basin – notably the 2011 floods – and figure out what steps communities can take to mitigate future risks. The board’s mandate includes public involvement, and members held three meetings on July 11-13 in Vermont, Quebec and New York to solicit community concerns and input on the draft work plan.

The board is required to submit the plan to the Commission by Oct. 2, US Study Co-Chair Keith Robinson said. Comments from the July hearings – and those collected on ParticipateIJC.org by a July 28 deadline – will be used to finalize the work plan before it goes before Commissioners.

Some residents in Burlington, Vermont, were concerned about the use of built structures (weirs, dams, gates and levies) as well as dredging as ways of mitigating flooding, arguing that its more sensible to develop outside of flood plains and avoid potentially damaging Vermont’s natural portion of the lake. Others suggested letting more water to flow through the existing Chambly Canal to decrease flooding upstream, though that could lead to flooding problems simply going downstream into the Richelieu River.

Harm Sloterdijk, from the board’s public advisory group, suggested following Holland’s lead in its own flood management, using some structural means to manage floods and keep them from urban areas, alongside reduced development of floodplains, building up protective wetlands and willing farms adapting to the flood risks.

In Saint-Jean-sur-Richelieu, Quebec, and Plattsburgh, New York, several attendees expressed concern with water quality issues, which are outside the scope of the study board’s mandate. Nevertheless, Robinson noted that water quality is influenced by flooding and could hopefully be improved if flood events could be reduced.

There also were complaints in Plattsburgh about uncounted lost property lots (property damaged or destroyed by the floods) from the US Federal Emergency Management Agency (FEMA) on the New York side of the lake, sparking a discussion of building a participatory map that locals can use to identify where and what kind of damage, as well as the cost associated with it.

“There were so many of us in 2011 … who lost lots of property, and it cost maybe $8-20,000 to replace it,” said Plattsburgh attendee Sydney Garrant. “It was not counted in any of the FEMA US figures, and we just wanted our community to let you know that this did occur, and I’m sure it occurred all over the lake.”

The study board has been meeting since January as part of a five-year mandate to look at the causes of flooding in the Lake Champlain-Richelieu River basin. This entails examining historical flooding data and projections of future flooding using climate models, according to Public Advisory Group US Co-Chair Lesley-Ann Dupigny-Giroux.

The board also is building a public advisory group to link scientific work and articulated needs on the ground, Dupigny-Giroux said.

“We’re trying to draw from people who live in the basin to get a deep basis of knowledge,” Dupigny-Giroux said. This outreach effort has included indigenous residents and others who know the area well, with members represented equally between the Canadian and US sides.

At the conclusion of the five-year study period in April 2021, the board will make recommendations to the IJC, which will be passed along to the Canadian and US governments, on how they can improve flood forecasting and work to mitigate against the damages from future floods. 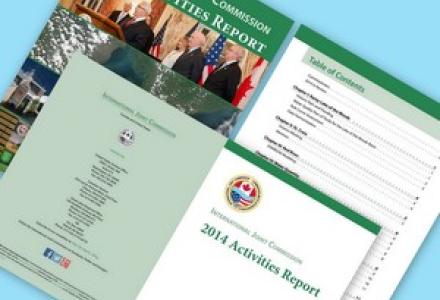 Test Your Memory with the 2014 IJC Activities Report Quiz 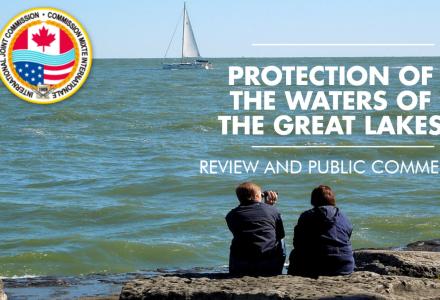 ‘Protection of the Waters’ Needs Your Voice 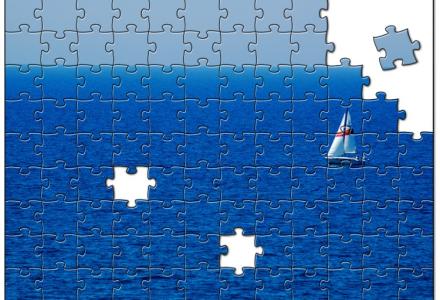 The Lake Erie Algae Puzzle is Coming Together