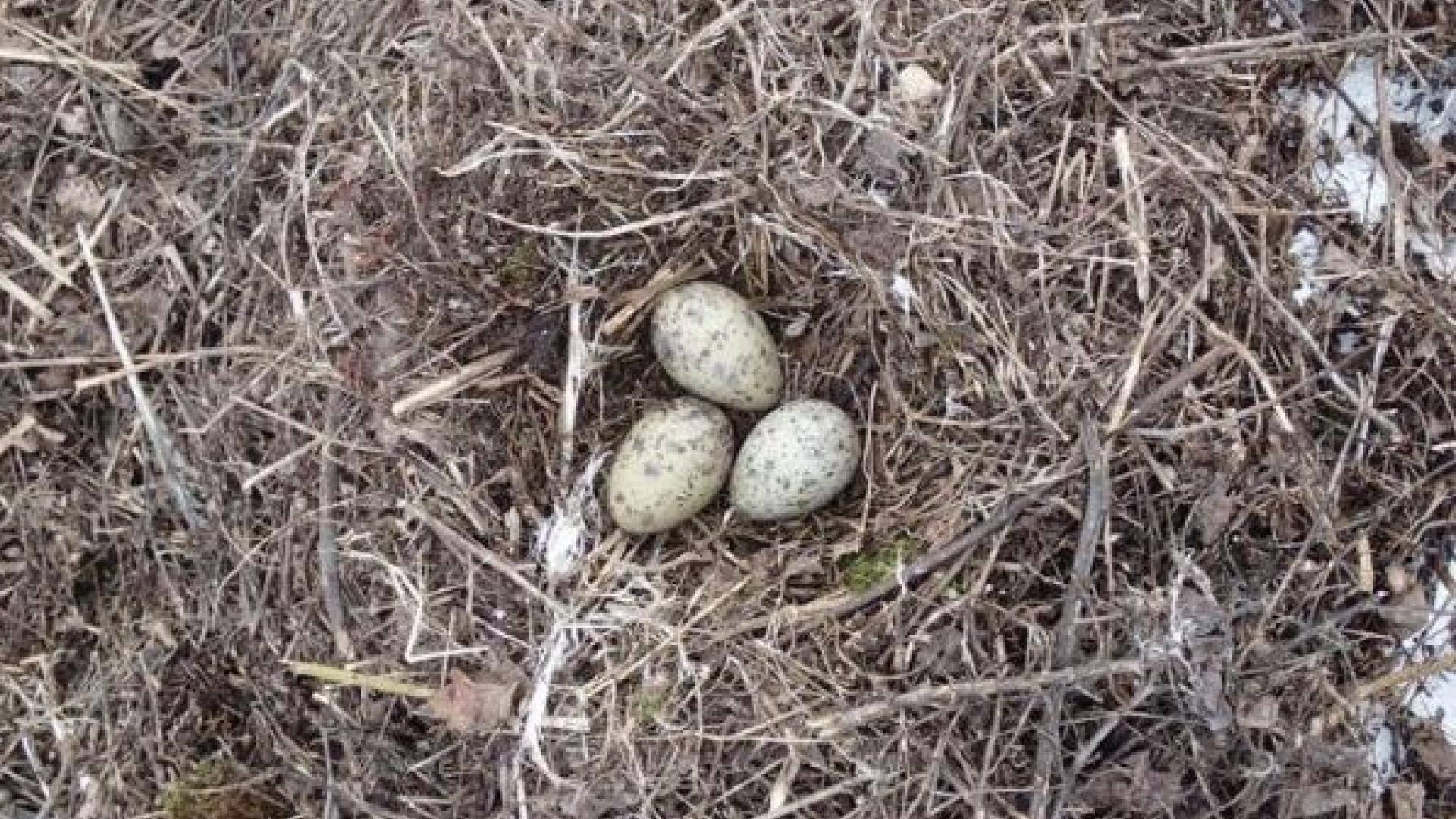 Changes can hit the Great Lakes as quickly as a pollutant accidentally entering a river or as slowly as the decades-long transformation brought about by invasive zebra and quagga mussels. Instead of simply reacting to these stressors, water managers and others are realizing the value of setting up early warning systems for long- and short-term dangers like pollutants, invasive species and climate change. These may allow them to head off the worst of the changes and impacts.

“Designing and implementing an early warning system is a proactive action that will give you more time for your reaction to a problem that arises,” says Tad Slawecki, engineer at Limnotech, an environmental engineering and science firm in Ann Arbor, Michigan. For example, Slawecki said, a former national defense system called the Distant Early Warning Line across the upper latitudes of Canada and the United States was designed to detect a missile or bomber attack with enough time that the North American Aerospace Defense Command (NORAD) could evaluate its options and move to protect those nations.

The notion of a warning system in the Great Lakes isn’t quite so apocalyptic. One component already exists in the Huron-Erie Corridor, known as the HEC, in the form of a source water protection system. Water monitoring instruments are in place at different drinking water intakes along the St. Clair River, Lake St. Clair and Detroit River, which drains Lake Huron into Lake Erie. Some check pH levels and dissolved oxygen, while others monitor for unusual or unexpected organic compounds, Slawecki said. These were put in place because Sarnia, Ontario, is a major chemical production center, and people downstream are getting water from the St. Clair and Detroit rivers. If a spill is detected and causes problems beyond the ability of the water utilities to cope, for example, they’ll have ample time to respond.

The LEC warning system is a short-term “rapid onset” response system, focused on a quickly-developing accident. Yet the Great Lakes-St. Lawrence River system has numerous stressors that operate on longer time frames. The cumulative impact of decades and centuries of deforestation, overfishing, climate change, urban sprawl, nonnative and invasive species, water level regulation, nutrient enrichment, and toxic waste disposal has changed and is still affecting the lakes and the rivers that connect them. By knowing what is causing these changes, managers can communicate the inherent risks to the public, mitigate the worst impacts, try to adapt infrastructure to cope and maybe change course.

To address the need for an early warning system for the Great Lakes-St. Lawrence River system, the International Joint Commission’s Great Lakes Regional Office has an ongoing project supported by members of the IJC Great Lakes Science Advisory Board and experts from the community who have formed a working group.

“The working group will review and consolidate current knowledge and approaches of environmental early warning systems and evaluate their applicability to the Great Lakes, develop a conceptual framework for a Great Lakes early warning system, and organize an experts workshop to generate a list of current and potential Great Lakes stressors and threats including their extent, likelihood and severity, and identify potential management process to address them,” said Michael Twiss, a Clarkson University professor and co-chair of the working group.

Twiss said the project will partially help the IJC fulfill its mandate related to proactive identification of emerging issues concerning water quality in the Great Lakes and its channels. The project’s results will be used to develop advice and recommendations to Canadian and US governments on emerging stressors and threats that warrant additional attention, as well as stressors and threats - individually or in combination - that are known but need more research and management attention. The process used to identify current stressors could be used and improved at regular intervals in the future to ensure that they are meeting current and anticipated needs for early warning, he said.

Developing an early warning system that can recognize or take these changes into account is more difficult. One way to do it, Slawecki said, is to look at “sentinel organisms” and ecological community structures. If the types of plankton along a shoreline, for example, are changing, that may ripple across the food web and impact the fish that eat them. Some fish don’t do well in warmer water or spaces where algal blooms are becoming prevalent. Top predators such as eagles, gulls, herons and turtles serve as sentinel organisms that readily indicate change in the aquatic environment, specifically with respect to changing concentrations of bioaccumulative toxins. People that consume fish and other foods from the Great Lakes- St. Lawrence River system can reflect the health problems associated with these toxins, leading state and provincial authorities to set up consumption advisories, which makes these predators’ status as sentinel organisms an important early alarm for toxins that could be dangerous to people.

The biggest hurdles to overcome, however, are issues we don’t know about. While agencies can watch the distribution and amounts of chemicals like polychlorinated biphenyls (PCBs), Slawecki said there are other substances with unknown impacts. The ones we know about can provide some guidance, however. For example, we can look at other toxic substances that bioaccumulate, laying out procedures to identify new threats based on the experience of looking at known contaminants like PCBs or mercury. Along those lines and using Great Lakes Restoration Initiative funds, the US Fish and Wildlife Service is performing health assessments of chemically exposed fish and native mussels, including for lake sturgeon rearing facilities.

Under the Great Lakes Water Quality Agreement, the governments of Canada and the United States are tasked with identifying chemicals of mutual concern that have the greatest impact on human and ecological health, said Conrad de Barros, acting manager with Environment and Climate Change Canada’s Great Lakes Harmful Pollutants office. This effort has involved monitoring concentrations in fish, sediment and gull eggs – using them as indicators on chemical effects.

Both federal governments and the province of Ontario have research scientists maintaining up-to-date knowledge on new and emerging chemicals, and applying that information to the Great Lakes, de Barros said. Those scientists play an invaluable role in identifying emerging chemicals of concern through that research – creating an informal yet limited early warning system. Chemicals identified this way or through a formal proposal process can be named chemicals of mutual concern, with the attendant monitoring and control plans the governments are required to create. Draft plans are already available online for chemicals hexabromocyclododecane (HBCD) and PCBs.

But what about impacts from a non-native, introduced species? Tests done by introducing bass to an experimental lake in Wisconsin found that within two years an impact on the planktivorous, or plankton-eating, fish population was detected. The cascading effect on the lake was observed with an increase in the amount of phytoplankton detected by buoys in the water. Slawecki said the bass ate the planktivorus fish, which in turn reduced the grazing on zooplankton, which eat phytoplankton, and thus the amount of phytoplankton increased due to the addition of the fish. The bass’ impact essentially brought the lake to a fundamentally different state, but in a system like the Great Lakes, it’s harder to predict the long-term impacts of an invasive species, or changes to the shoreline. That in turn can make it difficult to build a long-term early warning system.

“The big question is, ‘What should you be watching and what does it mean?’ and that we don’t have an answer for,” Slawecki said. “It’s very difficult for us to think outside the box.”