“There’s a difference between someone knowing the names of the five Great Lakes and actually knowing them. That’s what we need to focus on.”

The words come from Frank Ettawageshik, a new member of the IJC’s Great Lakes Water Quality Board and executive director of the United Tribes of Michigan. And they sum up the theme of a public panel discussion held by the Board in late April as part of the IJC’s Semi-Annual Meeting in Washington, D.C.

The survey of nearly 4,000 Great Lakes basin Canadian and American residents revealed the public’s perceptions on important issues in the Great Lakes such as environmental health, threats to the lakes, and reasons for protection, with no great differences of opinion on any topic along national lines.  Panelists focused on four key messages from the survey:

▪           Strong support for protecting the Great Lakes unites people in Canada and the United States and every generation. “There’s an entire generation that was told that the lakes are dirty, from Lake Erie catching on fire in the 1960s to the high levels of toxic contamination in urban areas in the 1980s and ‘90s,” said Austin. “But we’ve come a long way, with eagles nesting in more and more places around the lakes, and people are recognizing this.” Mattson echoed Austin’s sentiments by focusing on the need to now “flip the switch” and understand how important it is to provide ways for people to reconnect to the lakes. “If people don’t have the chance to be near or in the water, they don’t create the relationship that’s vital to wanting to learn and do more to protect the Great Lakes. We have the technology and we know how to clean up our beaches so they have the chance to be on the lakes.”

▪           Public awareness of the issues facing the lakes is not as high as public support for protecting the Great Lakes. Poll respondents were uncertain whether the lakes were getting better or worse in terms of health, and at least 30 percent had trouble naming a specific issue facing the lakes. More than 70 percent were not aware of specific policies to protect the lakes. Panelists pointed to the need for broader efforts from all levels of governments and Great Lakes organizations to provide the scientific information necessary to educate citizens about issues facing the lakes, and how they can participate in the process. “And we have to act in our own communities to help others understand our place in the ecosystem,” Ettawageshik said.

▪           Everyone has a role to play in protecting the Great Lakes. Seventy-eight percent of survey respondents believe that the individual can play a key role in protecting the lakes through daily personal actions and votes, regardless of their political leanings. “A new generation is focused on sustainable everything,” said Austin. “They understand the value of protecting the resources we have. If the message and request for funding is packaged correctly, they will support it.”

▪           The poll provides valuable lessons and direction for the future. “The survey shows that there’s great value in connecting with the positive emotions people share for the Great Lakes,” said Bevacqua. “The IJC’s and the region’s collective communications efforts must connect the latest scientific findings to things people care about in a way that shows how people can help restore and protect the lakes they love.”

The Great Lakes Water Quality Board intends to repeat the survey periodically to provide even more valuable information on trends in attitudes and values about the Great Lakes over time. Look for more details from the first survey’s results in future editions of Great Lakes Connection.

In the Great Lakes Water Quality Board’s recent public opinion survey, millennials – those between the ages of 18 to 34 – made up more than 1,200, or 30.6 percent of respondents. Given that this generation will increasingly become responsible for restoring and protecting the Great Lakes, how do they feel about the status of the lakes?

This group had the most negative opinion of trends in the environmental health of the Great Lakes, with 32 percent saying the lakes’ health is deteriorating – the highest of all age groups. More than 80 percent believe it is important that the United States and Canada cooperate and work together to deal with Great Lakes issues, and more than half of respondents felt more policies and regulations are needed to protect the lakes. They and those aged 55-64 are most aware of the IJC.

A large percentage of millennials also believe it’s very important for individuals to play a role in protecting the health of the Great Lakes basin. They believe being educated and informed is one step in protecting the lakes, and are most likely to take action through political lobbying and voting.

More than half of respondents between the ages of 18-34 said they were interested or very interested in news and information related to issues affecting the Great Lakes. Unsurprisingly, millennials answered social media and the internet more than any other age group as to where they prefer to get information about the Great Lakes and environmental issues. This statistic reinforces the usefulness and importance of the IJC and other Great Lakes organizations using social media to spread news on Great Lakes issues and to help future scientists, policymakers and citizens become involved in the protection of the Great Lakes basin.

The IJC is active on social media channels including Facebook, Twitter, Instagram and LinkedIn, sharing news and information on IJC activities and environmental issues in the Great Lakes basin and across other transboundary waters. 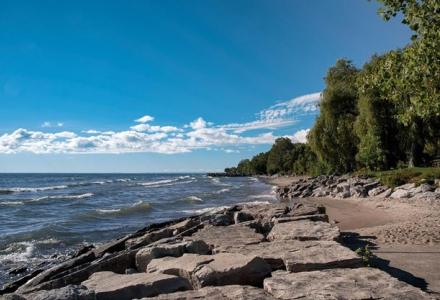 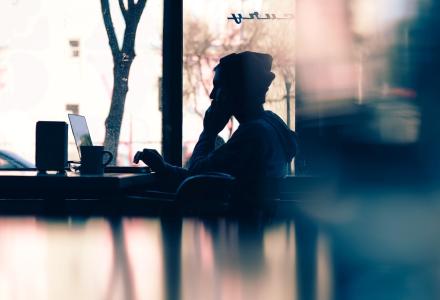