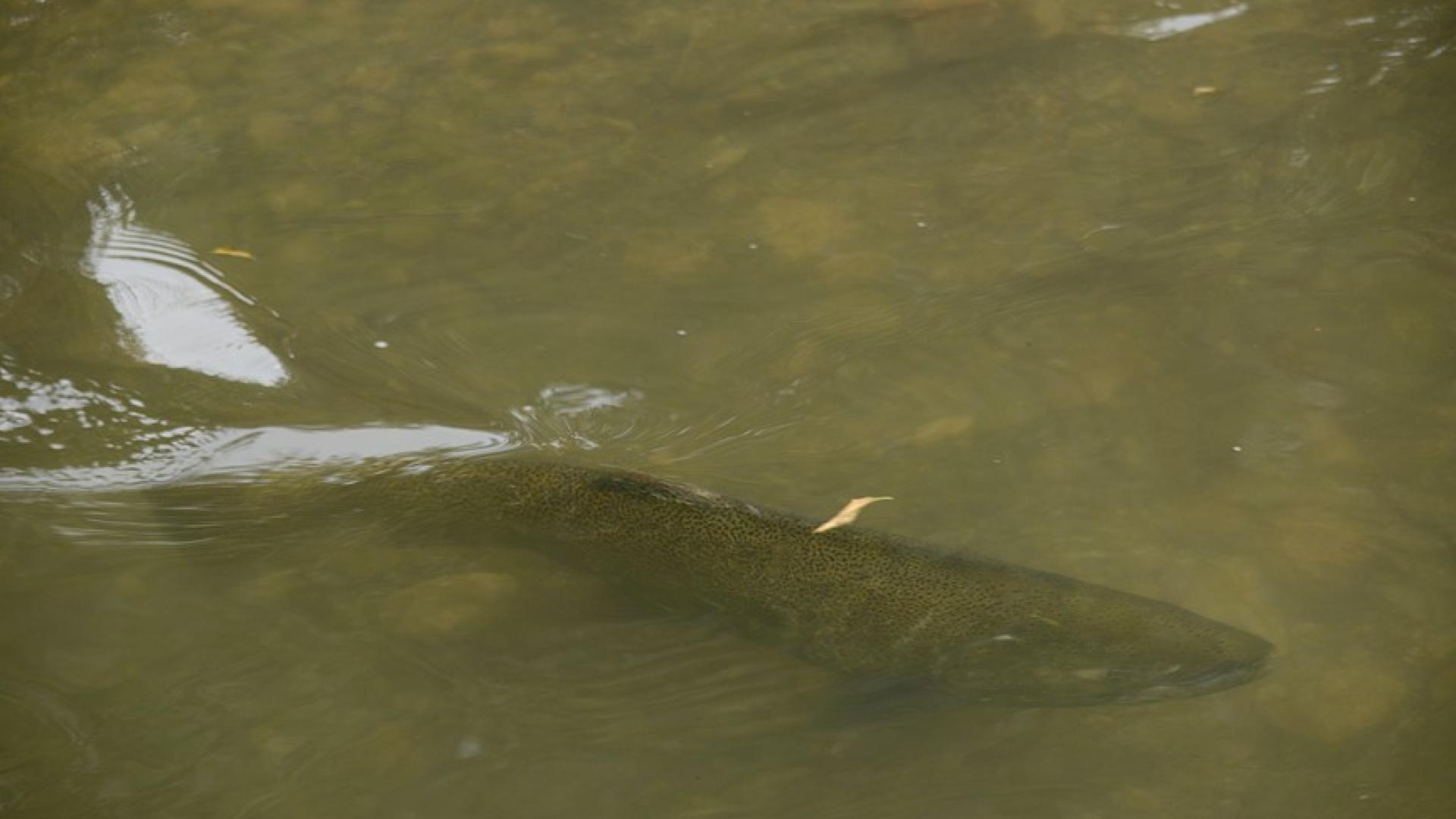 The makeup of Great Lakes fisheries could change in coming decades due to invasive species and the effects of the Great Lakes Water Quality Agreement, as popular stocked Pacific salmon species are numerically surpassed by native fish like walleye and lake trout.

“Although the fisheries have been good over the past two or three decades for salmon and trout in particular, we’re seeing the effects of a variety of invasive species coupled with nutrient reductions … on preyfish populations,” said Dr. John Dettmers, Fishery Management Program director with the Great Lakes Fisheries Commission. While on the whole fishing in the Great Lakes is good right now, Dettmers said there are warning signs that the more popular fisheries in the lakes over the past few decades may be nearing the “end of their life” as the food webs in the lakes come into a new equilibrium.

Lake Huron has been a bellwether for these trends. Pacific salmon species like Chinook or coho are stocked in the Great Lakes to prey on alewives, an invasive species that caused major ecological havoc in the mid-20th century prior to the salmon stocking. The alewives would overpopulate and cause mass die-offs, fouling beaches, until the salmon were introduced in the 1960s. Around 2003-2004, the alewife population crashed in Lake Huron, bringing down the salmon populations with it. Alewives have not made a comeback in the lake since then, and fishery management officials dramatically reduced their stocking of Pacific salmon into the lake.

Dettmers said managers in Lake Ontario and Lake Michigan also have reduced their salmon stocking targets for 2017 in an attempt to prevent a crash like the one in Lake Huron. Pacific salmon are a popular recreational fishing target, but they are by no means the only ones.

Native species fisheries on the rebound

Native fish species like walleye, lake trout and yellow perch may be looking at a recreational comeback in the coming decades, Dettmers said. In Lake Huron, those species have bounced back, and both walleye and yellow perch populations have been stable in Lake Erie. Lake trout, historically stocked within the basin after sea lamprey devastated their numbers in the first half of the 20th century, are reproducing naturally at measurable levels in several lakes, and managers are beginning to cut back on stocking.

According to Jay Wesley, Lake Michigan basin coordinator with the Michigan Department of Natural Resources, invasive zebra and quagga mussels have been an ongoing problem in recent decades. By eating phytoplankton and other bases of the food web, mussels will filter-feed nutrients out of the water column and sequester them near the shore and at the bottom of the lake, away from where preyfish traditionally find their meals. Coupled with the phosphorus fertilizer runoff reductions taking place under the Great Lakes Water Quality Agreement, Wesley said Lake Michigan is facing an “historic low of biomass of prey in the lake.” Alewives, smelt and bloater chub – fish that prefer to stay in the water column - are all on the decline, while other species like the lake herring, walleye or lake sturgeon – which prefer to hang out near the lake floor – are taking advantage of this nutrient move.

Matt Preisser, Lake Michigan coordinator with the Michigan Department of Environmental Quality’s Office of the Great Lakes, said round gobies, another invasive species in the lakes, also play a role in that nutrient shift. The bottom-dwelling gobies eat mussels and their populations have surged in recent years. Many researchers believe gobies are now a major prey fish in all of the lakes except Superior. Predator fish with more diversified diets and broader foraging behavior, such as lake trout, are benefitting from this improved prey source. Meanwhile, fish like Chinook salmon that don’t like going to the bottom to feed are worse off.

With more than 180 non-native species in the Great Lakes basin, Wesley said that managers are aware that as long as the Great Lakes are connected to global commerce, the risk of new species entering and disrupting the food web will remain. However, steps taken by Canada and the US to close off invasive pathways have led to only one confirmed new invasive species in the lakes since 2006. Dettmers added that fishery managers are still mindful that Asian carp species, especially bighead carp and silver carp, could migrate from the Mississippi River into the Great Lakes, upsetting those efforts to find a new equilibrium for the food web.

Contaminants and climate change harm fisheries and communities, too

There are other challenges facing fisheries aside from invasive species. Legacy contaminants like polychlorinated biphenyls (PCBs), mercury and dioxins can still be found in fish from the Great Lakes, though Wesley said trends indicate those materials are still declining. Primarily trout and salmon are the targets of fish consumption advisories, with members of high-risk populations like children and women of childbearing age being advised to not consume any affected fish in their area. The rest of the populace is generally asked to limit consumption and avoid fattier portions where these substances can collect. Canada and the United States have named PCBs and mercury as Chemicals of Mutual Concern in the Great Lakes basin.

Lake Superior is unique when it comes to fisheries management compared to the other lakes, Preisser said, as its fishery is “much more natural” and in better shape than the other four lakes. This is partially due to Lake Superior seeing less shipping traffic over the decades, and partially due to the comparatively limited development around it compared to the other lakes. It also means that managers are focused on preventing invasive species from getting a strong foothold in the lake and guarding against contaminants, while other lakes are primarily being restored.

And while climate change may not be having any noticeable impact on Great Lakes fisheries yet, Wesley said warming lake conditions would likely impact the tributaries some species spawn in first, as well as shallow spots like Green Bay. Some tribal governments around Lake Superior are shifting their fisheries from cold-water species to cool-water species due to warming temperatures in area waterways.

You can comment on the issues raised in this article as part of the IJC’s public comment period on the Progress Report of the Parties (PROP) and Triennial Assessment of Progress report (TAP). Go to ParticipateIJC.org.