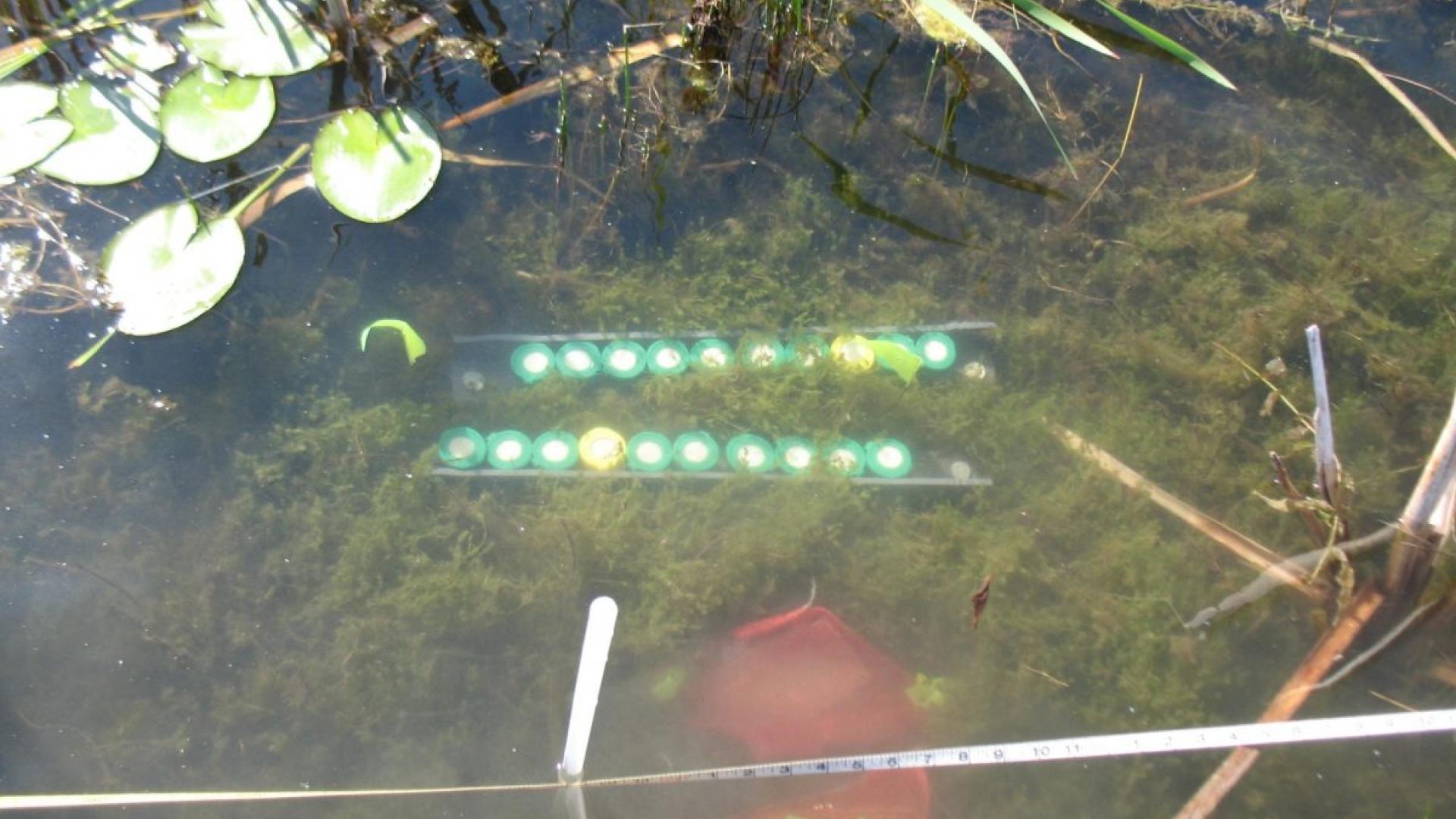 When it comes to nutrient loading to the Great Lakes, it’s usually phosphorus that makes headlines. The algal blooms that plague western Lake Erie and the “dead zone” that forms in Green Bay, for example, are linked to excessive phosphorus runoff from agricultural and urban lands. However, our study recently published in the journal Freshwater Science suggests that at least one important Great Lakes habitat may be affected by nitrogen loading just as much as it is by phosphorus.

Coastal wetlands of the Laurentian Great Lakes are critical habitats for many ecologically and economically important plants and animals. And like the rest of the Great Lakes, these habitats are susceptible to nutrient pollution from sources such as agricultural and urban runoff as well as discharges from sewage treatment facilities. Yet, there has been very little research devoted to understanding how coastal wetlands in the Great Lakes actually respond to nitrogen and phosphorus pollution.

To shed some light on this question, we conducted experiments to simulate various nutrient pollution scenarios by adding combinations of nitrogen and phosphorus to small areas (called benthic substrates) within each wetland. We then measured how the algae on these substrates grew in response to the added nutrients. While the simulations were conducted at a small scale within each wetland, they revealed a lot about how these wetland ecosystems might respond to nutrient loading.

Perhaps the most interesting result of the study, however, was that the response to our experimental nitrogen additions was greatest in wetlands that were located in the most pristine areas, such as those along the northern shores of Lake Michigan and Lake Huron. The landscape in this region is predominantly forested with little agriculture or urban development. These include some of the highest quality and most “natural” wetlands in the region. Therefore, the response to experimental nitrogen additions in these wetlands demonstrates what appears to be their natural susceptibility to nitrogen loading. In contrast, wetlands that were surrounded by agricultural and developed lands, such as those in Saginaw Bay and southern Lake Michigan, showed much less response to the added nitrogen, presumably because these wetlands already receive a lot of nitrogen runoff from the landscape.

The types of algae growing within the wetlands also appeared to be affected by nitrogen loading. For example, algae that has special adaptations to allow them to utilize nitrogen from the atmosphere (called nitrogen-fixing algae) were most common in the most pristine wetlands and fewer of these specialized algae were found in the wetlands that receive nitrogen runoff from surrounding agricultural and urban lands. This supports our hypothesis that Great Lakes coastal wetlands are naturally sensitive to nitrogen loading and that nutrient pollution from the landscape can alter algal communities in these habitats.

Algae is an important energy source for much of the food web in Great Lakes coastal wetlands, so effects associated with nitrogen loading may have broad implications. For example, stimulation of excessive algal growth due to nitrogen loading may cause a buildup of organic matter as the algae grow, then die and accumulate on the sediment. As this organic matter decomposes, oxygen in the water is consumed, ultimately making the habitat less suitable for resident fish populations.

Matthew Cooper is from the Mary Griggs Burke Center for Freshwater Innovation at Northland College in Ashland, Wisconsin.