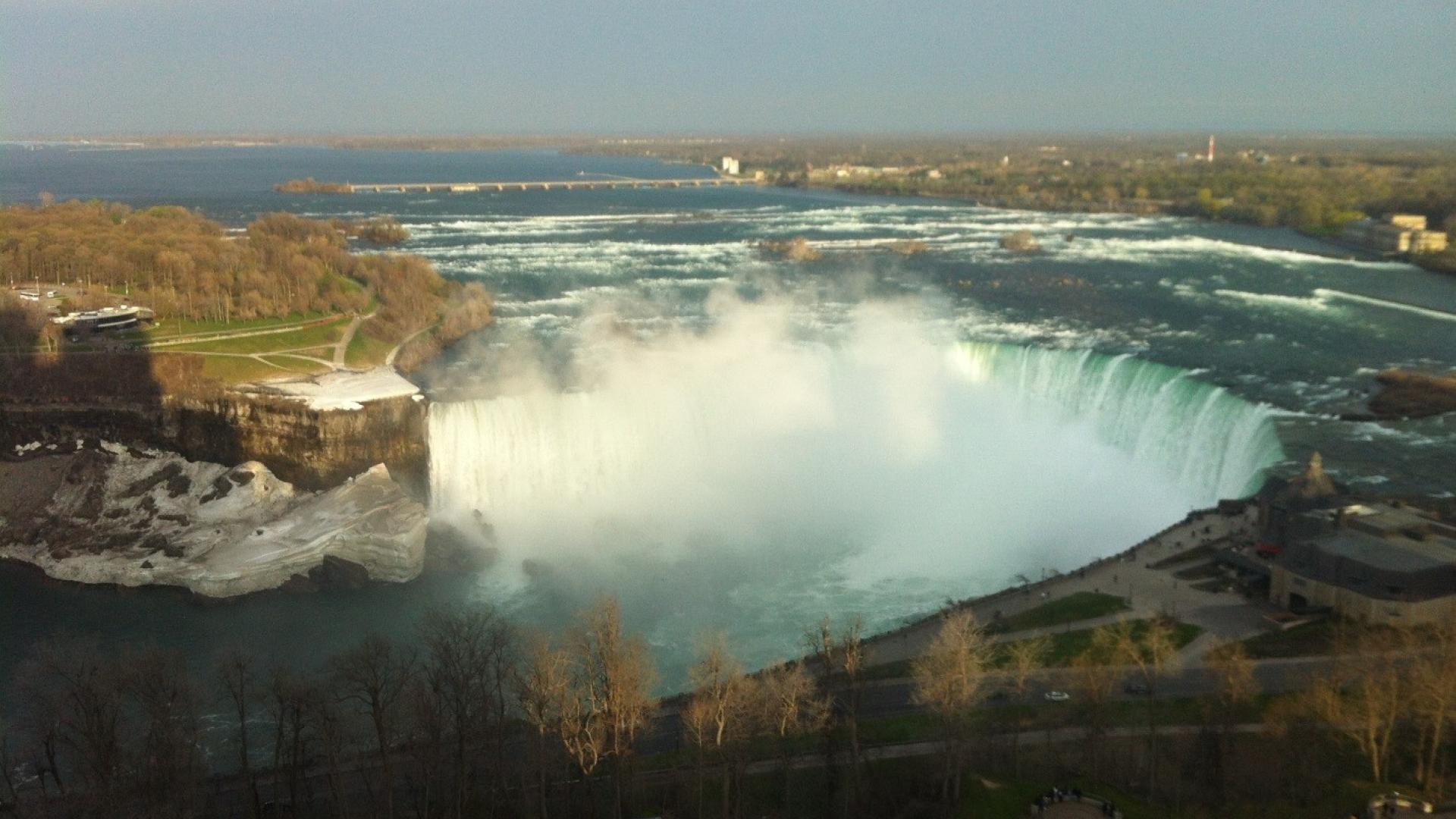 The location of Niagara Falls has changed over time. About 12,500 years ago, “The Falls” was at the current lip of the Niagara Escarpment near current-day Lewiston, New York, and Queenston, Ontario, (Picture 1). From the time of the end of the last North American ice age, when the Niagara River began taking its current day path from Lake Erie to Lake Ontario, the crest of The Falls has migrated about 11 kilometers (6.8 miles) from its original location near Queenston-Lewiston to today’s Horseshoe Falls crest location.

Niagara Falls split into two distinct waterfalls some time before 1678 as the flow of the Niagara River went around Goat Island. The two waterfalls making up today’s Niagara Falls are referred to as the Horseshoe Falls and the American Falls.

Erosion is more rapid when The Falls is in a V-notch shape, as the water flow is more concentrated and exerts more force on the river bed. The International Niagara Board of Control monitors changes in the Horseshoe Falls crest line for indications of formation of a notch. The water flows over the current Horseshoe Falls in an unbroken curtain along its entire length (Picture 3). Formation of a notch could result in changes in the appearance of The Falls by breaking the curtain.

The rate of recession of The Falls has varied over time, with estimates of about an average of 1 meter per year and a current rate of recession of about 0.1 meter per year. Today’s flow of the Niagara River passing over the escarpment is split between the American Falls, which takes about 10 percent to 20 percent of the flow, and the Horseshoe Falls, which takes the remainder.

Although the crest of the American Falls is eroding, as can be seen by the large stone blocks at its base, the majority of the active upstream erosion has occurred at the Horseshoe Falls since the flow separated into the two channels. Recent observations by the Niagara board have noted the dislodgement of three rock blocks from the Horseshoe Falls crest in 2009, 2012 and 2013. These observations are consistent with a relatively slow erosion rate and it appears that the unbroken curtain of water over Niagara Falls will be available for tourists to enjoy for some time to come.

Derrick Beach
Niagara Board of Control

Derrick Beach is the Canadian secretary to the International Niagara Board of Control. Beach also works for Environment and Climate Change Canada as a water resources engineer on US-Canada boundary water issues in the Great Lakes. 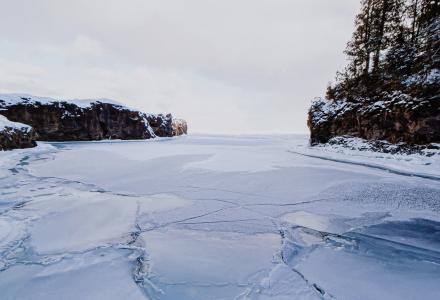