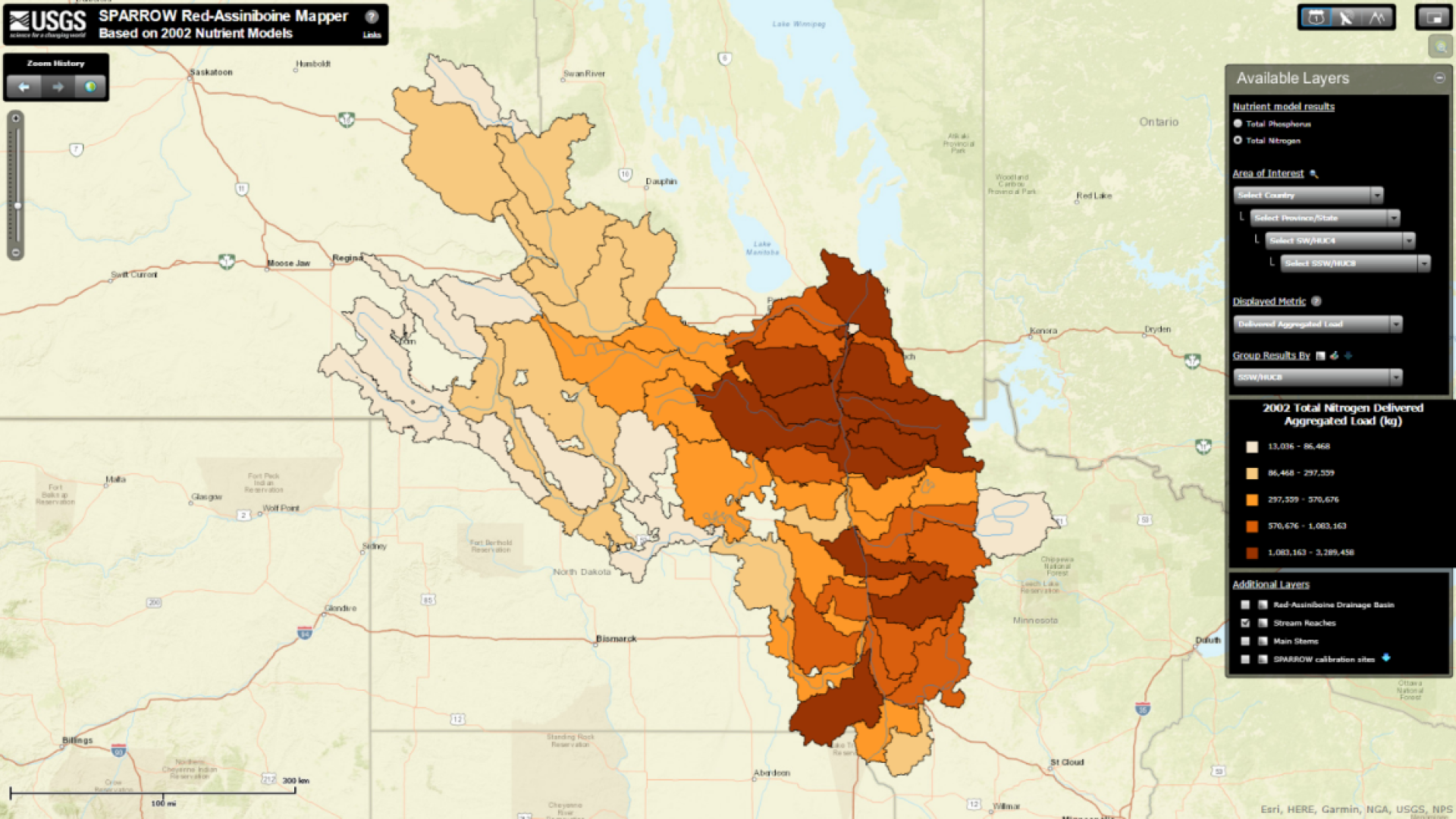 The Data Harmonization Task Force was created by the IJC in 2008 to harmonize and combine Canadian and United States datasets of transboundary watersheds to make mapping and analyzing these watersheds easier for public and private researchers. That task force has ended, producing binational data including a SPARROW model developed by the United States Geological Survey (USGS) that tracks the impact of phosphorous and nitrogen pollution on watersheds.

Because datasets for each country originally ended at the border, it was hard to do analyses on water quality at a binational, transboundary level and effectively exchange data between countries. The project finished in 2018, and you can now freely access data and shapefiles about transboundary watersheds containing information from both sides of the border.

The information is available online at the USGS Confluence site. One shapefile you can download is the Watershed Boundary Dataset, which contains the boundaries of the transboundary watersheds on both sides of the border and has been used in maps produced for the IJC’s website.

As well, the USGS created NHD Plus High Resolution datasets for drainage basins along the international boundary using the newly harmonized datasets. NHD refers to the National Hydrographic Dataset, representing the entire drainage network in the United States, including lakes, rivers, streams, stream gauges and dams.

SPARROW, which stands for Spatially-Referenced Regression on Watershed Attributes,  is a model developed by the USGS to measure the sources and amounts of nutrients, such as phosphorous and nitrogen, in watersheds that can be toxic and harmful to the environment.

These nutrients may come from agriculture, manufacturing and other sources. This is an important model because, as noted by IJC staff in a published journal article, it helps measure watershed health, one of the agency’s top priorities. It also can help in crafting recommendations to governments of tangible steps to improve water quality for residents within various watersheds.

Another example: SPARROW is being used to examine pollution in Lake Erie.

The lake has a significant algae problem, and the IJC, its Great Lakes boards and levels of government in both countries have invested millions of dollars in figuring out a solution to this problem.

Additional resources, including a mapper, were released in September 2019 with publication of a IJC-USGS paper on SPARROW applications in the Great Lakes basin that examines the distribution of pollution in the watersheds of Lake Erie and other Great Lakes based on pollution source, location and load. This mapper will aid ongoing efforts to clean up Lake Erie, such as the 2019-2023 Lake Erie Lakewide Action and Management Plan (LAMP).

Both the IJC’s task force and SPARROW have been useful to the IJC and its International Watersheds Initiative to share data and resources with Canadian and US partners and continue studying the issue of water quality and health across the transboundary area.

Andrew Heath was the geospatial projects coop student at the IJC’s Canadian Section office in Ottawa, Ontario, for the summer 2019 term.