A New Approach to Stormwater Financing and Management 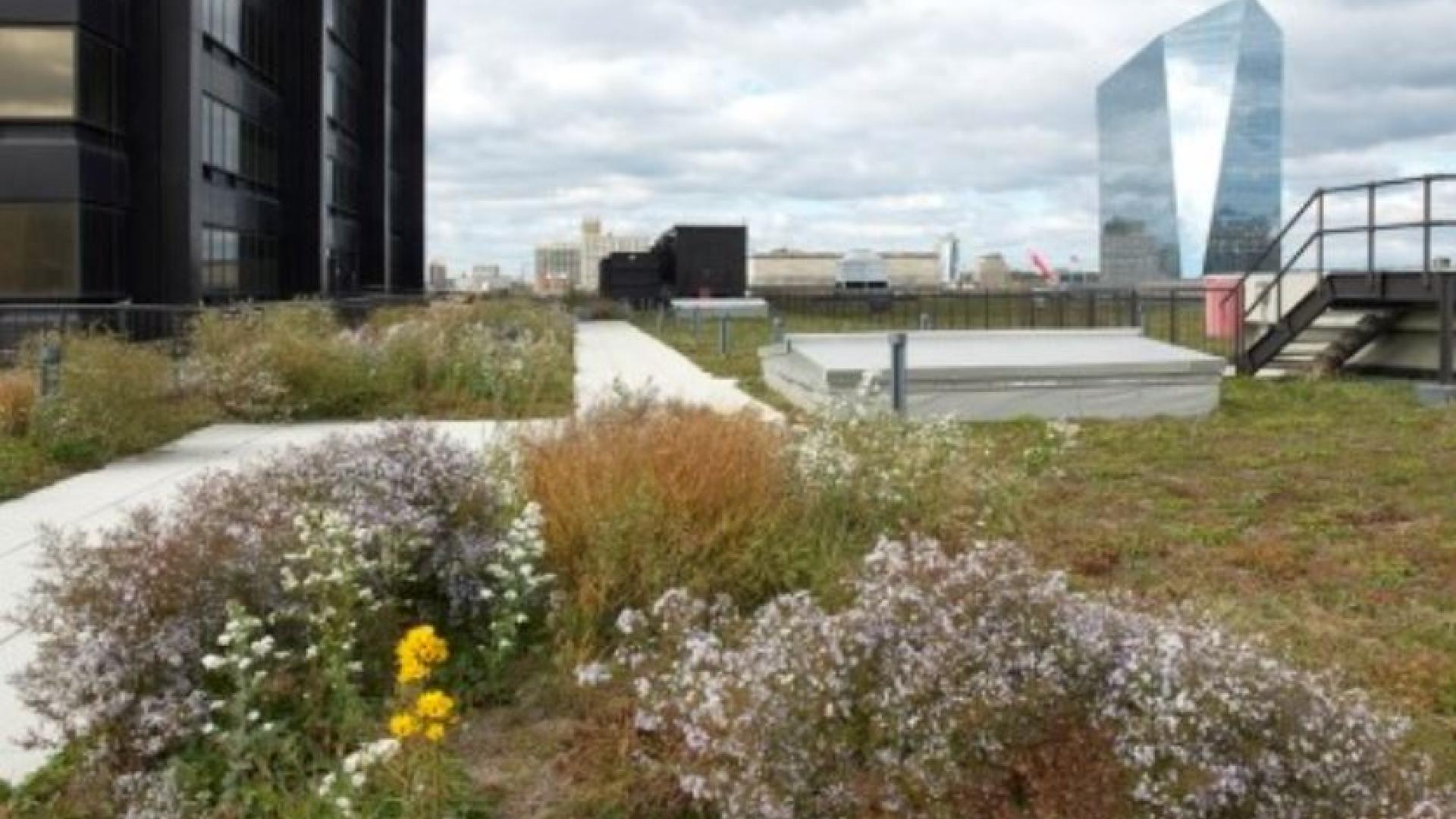 Caption
A 'green roof' converts a building rooftop into a garden, which holds in rainfall and allows it to evapoate without running into the stormwater system.

Historically, cities and towns in Canada and the United States have funded stormwater capital and maintenance costs through property taxes, said Ellen Schwartzel, deputy commissioner with the Environmental Commissioner of Ontario (ECO) office. The amount paid was based on how much that property tax was, regardless of the actual runoff volume being produced by that property that enters the water system. With a relatively light rainfall, the system works, but when heavy rains hit in a short period of time, all the excess runoff can lead to flooding and pollution.

“A parking lot, for example, may not have a high property tax base, but it produces a lot of runoff,” Schwartzel said. “Once municipalities began to think that through and realized paved over surfaces are the challenge, then they had to begin thinking of ways to connect the cost that we’re incurring to the fee that the property owner experiences.”

Given that a number of municipalities that responded to an ECO survey about stormwater said they didn’t recoup their costs, this has led to some municipalities charging property owners for the amount of runoff their built-up surfaces are producing - an approach recommended by the ECO in its 2016 Urban Stormwater Fees report. Schwartzel said if a property space has a building or paved surfaces built over the ground, it naturally limits how much absorbent surface area is remaining. Furthermore, those that are left – yards, remnant natural areas, landscaping – aren’t able to soak up all the runoff falling into them before becoming saturated.

To encourage property owners to reduce the amount of runoff their properties are causing, these municipalities can offer reduced tax bills in exchange for absorbing more runoff onsite, Schwartzel said. For example, a property owner may use permeable concrete to allow water to seep through into the ground, or install bioswales or rain gardens to capture more water. Business owners also can consider installing a green roof to help retain water in densely built areas where those other options aren’t available, she added. Collectively, these lot-by-lot green measures add up to “green infrastructure,” offering several advantages over traditional end-of-pipe stormwater treatment (such as water treatment costs).

With municipalities and cities continuing to expand, Schwartzel said, runoff issues are continuing to grow alongside them. With less water getting into the groundwater system, it’s possible to see creeks and riverbeds be reduced to small flows or dry up completely until a major storm hits, when the influx of water can lead to erosion and flash flooding.

All of these actions to reduce runoff and manage stormwater onsite can have a positive impact on water quality, too. Runoff tends to pick up pollutants as it heads into the sewer, from sediments to auto fluids to garbage – and in cities with combined sewer overflows, wastewater too. When the water from the sewer systems leaves the pipes, it carries those pollutants along with it.

Cities in the United States have been working on stormwater management as well, and water quality improvements have been a side effect to the changes Philadelphia has been implementing since 2010. The city considered replacing its meter-based stormwater billing system – where properties were charged based on how much water they used – as far back as the 1990s, according to Erin Williams, director for stormwater billing and incentives at Philadelphia’s Water Department. The city worked with a citizen’s advisory committee from 1994-96 to explore alternative methods of funding its stormwater costs of service, and participants ultimately suggested basing it on runoff and the amount of impermeable surfaces on a property. It took the city another 14 years to update its computer systems and analyze its data before it could implement that, Williams said.

In the early years of the program, Williams said property owners weren’t financially motivated to take advantage of the incentives to reduce the amount of runoff their properties were causing, as the cost of making the changes were so high. In response, Philadelphia started offering grants for retrofit projects like green roofs and porous pavement so those property owners can reduce their stormwater fees. Most recently, she said, the city is developing a new website that can “match” contractors and engineers with projects property owners would like to do.

The water department remained revenue neutral in its transition from meter-based to property-based billing for stormwater, though stormwater fees assist the city’s long-term control plan to reduce combined sewer overflows, Williams said. The city’s program to reduce those overflows has been dubbed the “Green City, Clean Waters” program for its projected impact on water quality.

The ECO is recommending that Ontario get out ahead of climate change-related severe weather and require all municipalities adopt full cost recovery for stormwater management, providing incentives for lot-level measures to absorb and store runoff. Schwartzel said the biggest hurdle can be information – some people look at it as a new tax, when the reality is that it’s replacing a tax they’re already paying, and they could be paying more or less depending on their property. It also allows municipalities to better cover the costs of existing infrastructure and provide a reliable, long-term fund for future maintenance and investments, Schwartzel said.

Some large cities, such as Toronto, can afford to build large reservoirs to hold stormwater until it can be treated and released at a slower pace over the course of days, or holding ponds to prevent flooding. Schwartzel said smaller towns and cities are often daunted by the perceived costs and complexities of overhauling systems like stormwater financing. But if the province of Ontario were to take a leadership role and provide a common framework and best practices for municipalities to follow, it could help guide those communities toward more sustainable stormwater management, she said.