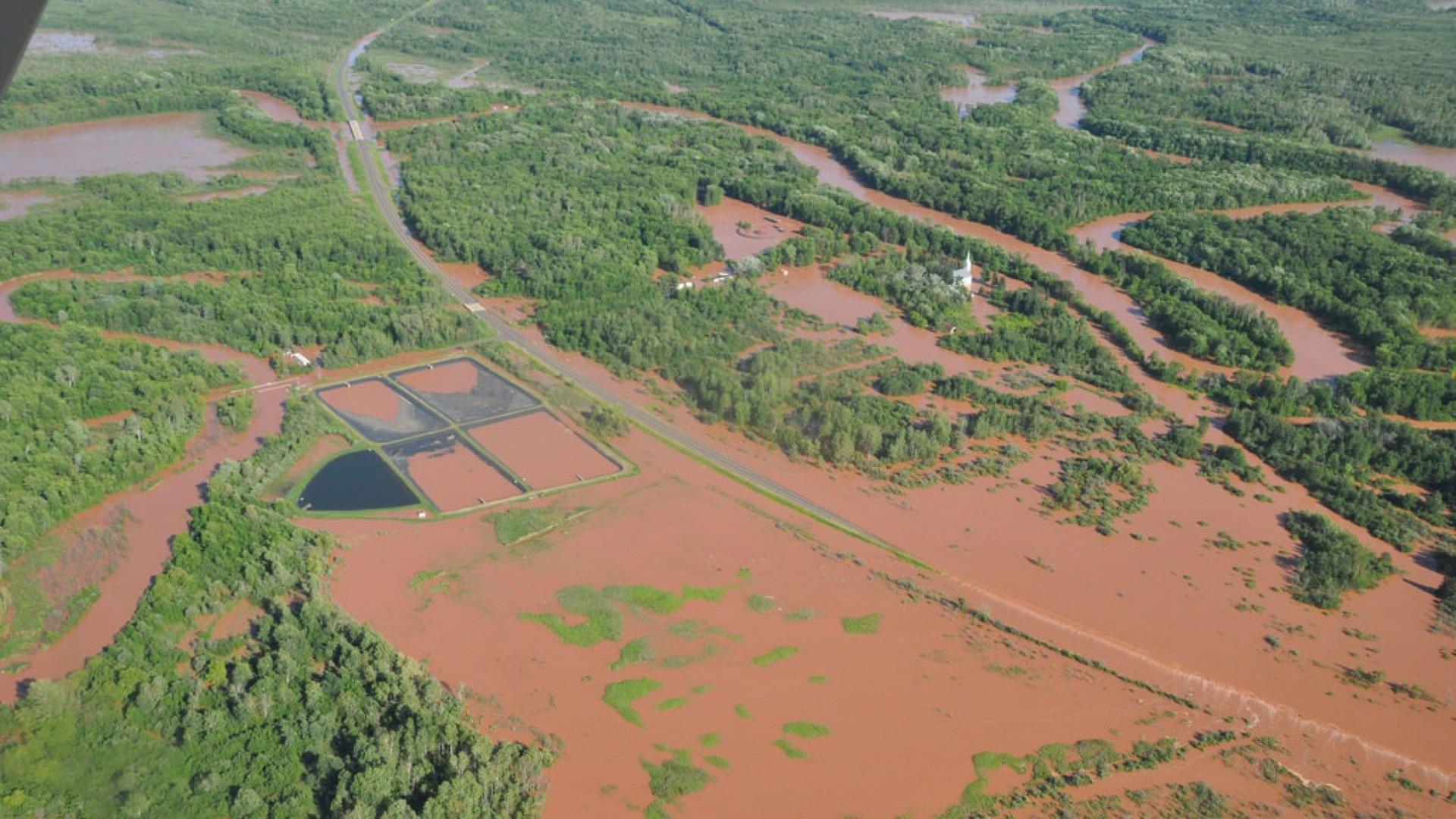 We love to talk about weather in the Midwest. At work or the grocery store, small talk almost always begins with “How much snow did you get?” or “What did you think of the wind howling last night?” or, a favorite, “Cold enough for you?”

This banter, however, has taken on a more serious tone in recent years.

The people on the south shore of Lake Superior, stretching from Duluth, Minnesota, eastward to the Upper Peninsula of Michigan, have seen three significant storm events move through the region in the last seven years. Given the frequency and intensity of these events, experts believe they are driven by climate change.

In 2012, city streets in Duluth were destroyed, and the local zoo was two-thirds underwater, causing animal drownings. Two seals and a polar bear escaped.

In 2016, US Highway 2 east of Ashland, Wisconsin, and surrounding roads became impassible for days, isolating residents of the Bad River Reservation and cutting off their access to food, water and medical supplies.

In 2018, many of the roads and streets in Houghton, Michigan, washed out and collapsed into sinkholes.

With these three events, more than $150 million in damages occurred across the region, along with multiple deaths, and lasting effects on the health of Lake Superior’s waters.

Researchers at the Mary Griggs Burke Center for Freshwater Innovation at Northland College in Ashland, Wisconsin, have been taking note of these storms for years.

They’re working to understand the short- and long-term impacts to the south shore’s water quality from more frequent and intense climate-driven storm events. These include an increase in sediment plumes flowing into the lake, the effects on coastal habitats, and most surprising of all—a growing threat from blue-green algal blooms, more typically associated with warmer, shallower lakes like Lake Erie.

One role of the Burke Center is to convene experts to discuss challenges protecting water resources now and into the future. The center coordinated a September 2019 gathering as part of the International Joint Commissions’ Great Lakes listening tour. Local experts shared their concerns with the IJC about the state of the south shore of Lake Superior, and how these concerns relate to the 2012 Great Lakes Water Quality Agreement between Canada and the United States.

The Burke Center is releasing a white paper that describes some of the key issues highlighted and discussed at that September meeting. In addition to climate change-driven storms, sediment plumes and unpreceded blue-green algal blooms, other issues include:

The white paper concludes with key considerations for the future of the Great Lakes Water Quality Agreement:

“For example, several experts suggested that the IJC examine the Great Lakes Water Quality Agreement for signs that it may need to be reworked — perhaps significantly — to address new and emerging issues that were not of concern when it was first drafted nearly 50 years ago.

“Rather than addressing new issues, like climate change, by tacking on annexes to the original agreement, some people in the room wondered if it’s time for a whole new rewrite to take a more holistic view of the basin’s problems and needs.”

Some things will never change, such as a Midwesterner’s passion for talking about the weather. But the Burke Center’s research, convening experts to discuss water challenges, and shared information can make a difference as we enter a new era of climate-driven storms and water quality concerns. This extends from the protection and improvement of water quality on the south shore of Lake Superior to all of the Great Lakes in Canada and the United States.

To access the white paper and more information, such as video and audio recordings from the IJC’s visit to Northland College, visit northland.edu/watersummit.

Valerie Damstra is the operations manager for the Mary Griggs Burke Center for Freshwater Innovation at Northland College in Ashland, Wisconsin.