The Meltdown: How Climate Change is Affecting Ice on Lake Superior 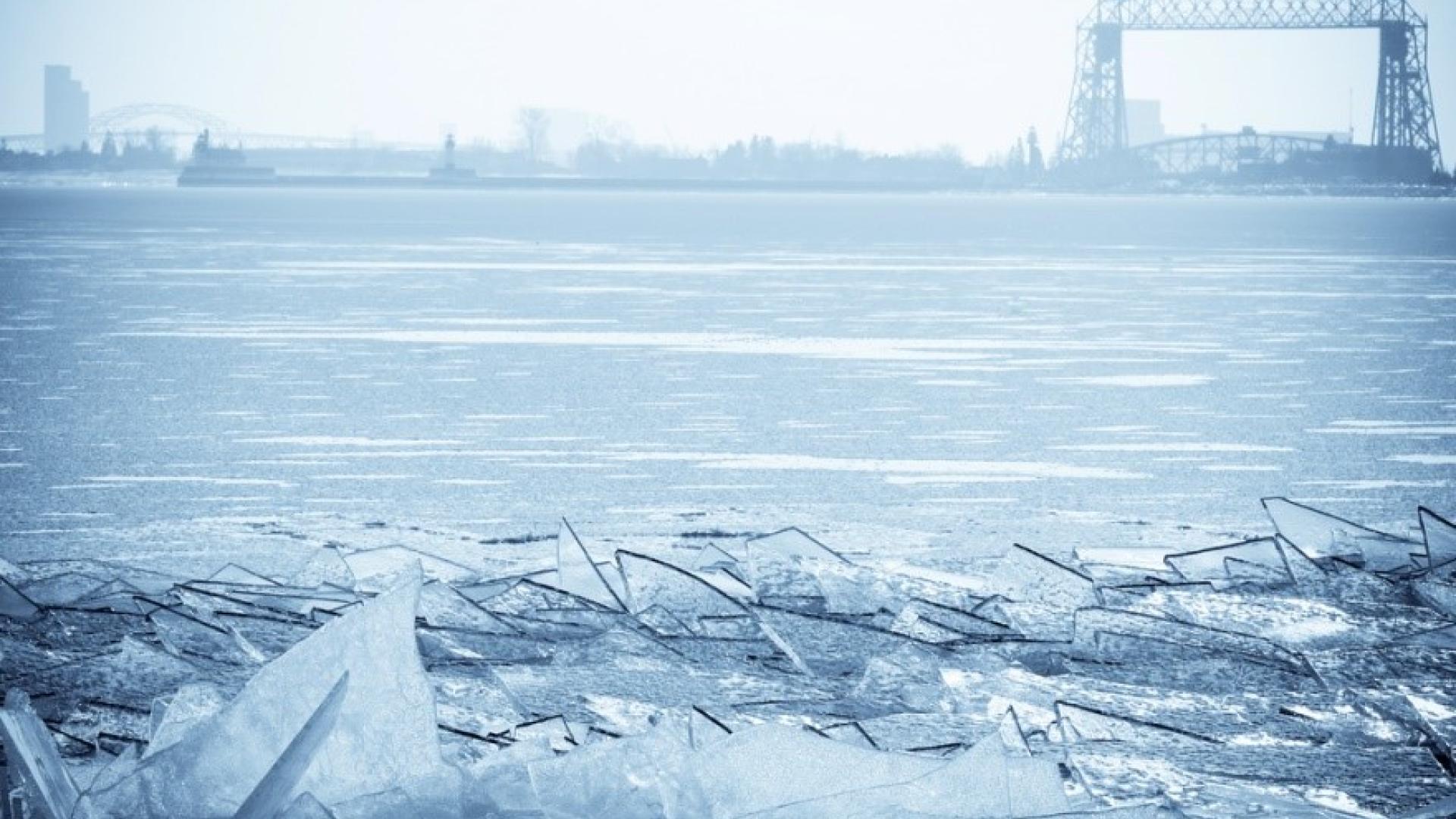 Changes in lake ice tell a story about a region’s climate. The time when lake ice freezes and breaks is highly sensitive to changes in climate, along with how long that ice remains intact.

The timing of these events is affected by fall, spring and winter air temperature but also can be influenced by snowfall, rain, wind strength and incoming sunlight. In particular, Lake Superior’s rich ice history has been a subject of interest, motivating researchers to look back several decades to detect patterns in the climate.

Due to the size of Lake Superior, ice research has generally been conducted at a specific location or focused on the extent of ice formed over the lake surface area. A specific lookout point in Bayfield, Wisconsin has consistently kept records since 1858 of the day lake ice broke each spring.

From 1858 to 2014, lake ice break-up has come 1.6 days earlier per decade. However, this rate has accelerated in recent decades to 2.7 days earlier per decade from 1951-2014, a possible sign of faster changes in climate during recent decades. Similarly, a 2012 study found that between 1973 and 2010 the extent of Lake Superior’s area covered by ice was reduced by 79 percent, the second greatest loss in ice cover among all the Great Lakes, with Lake Ontario losing the most, a total of 88 percent coverage.

Interestingly, changes in lake ice break-up have not only occurred in a continuous manner year after year. Ice on Lake Superior also has undergone abrupt changes in the winter season since 1997-98.

Cyclic large-scale climate changes such as the El Nino-Climate Oscillation (ENSO) and the Pacific Decadal Oscillation (PDO) may also have played a role. Both ENSO and PDO switched to their negative phase in 1997-98, which has been linked to warmer winters in the Great Lakes region. These abrupt changes in ice and climate during the same year demonstrate how closely ice reflects changes in the climate even when patterns are not continuous.

Land animals also depend on lake ice, such as the Isle Royale wolf population in Lake Superior. The lake’s freeze-up forms an ice bridge allowing these wolves to access the mainland and increase genetic diversity by breeding with the mainland wolf population. However, due to recent climate warming the formation of ice bridges has occurred less frequently and inbreeding among the population on the island has mostly increased.

Inbreeding has led to problems such as a decline in pup survival and kill rate (the capacity of the wolf population to kill moose). To remedy this situation, a three- to five-year relocation plan began in fall 2018. Up to 30 wolves will be moved from the mainland to the island to increase the genetic diversity of the wolf population on Isle Royale.

Freeze-up in the shallow regions of the Great Lakes also marks the start of winter activities such as ice fishing, skating and snowmobiling, attracting tourism to these areas. Specifically, ice on Lake Superior attracts tourists by providing access to the ice caves along the Apostle Island National Lakeshore. In addition, it provides an ice road for people living on Madeline Island in Bayfield, allowing easy access to the mainland for school, work and to obtain necessities.

Overall, lake ice is highly integrated into the lives of wildlife and people living in winter conditions year after year. However, Lake Superior will likely be ice-free in the next two decades or more, if ice cover continues to decline at its current rate. With continuing climate change, the loss of ice will result in the loss of important services provided by Lake Superior, changing the lives of the wildlife and people that depend on this Great Lake.

Lianna Lopez is a master’s of science student at York University in Toronto, Ontario, studying the effects of climate change on global ice break-up trends.