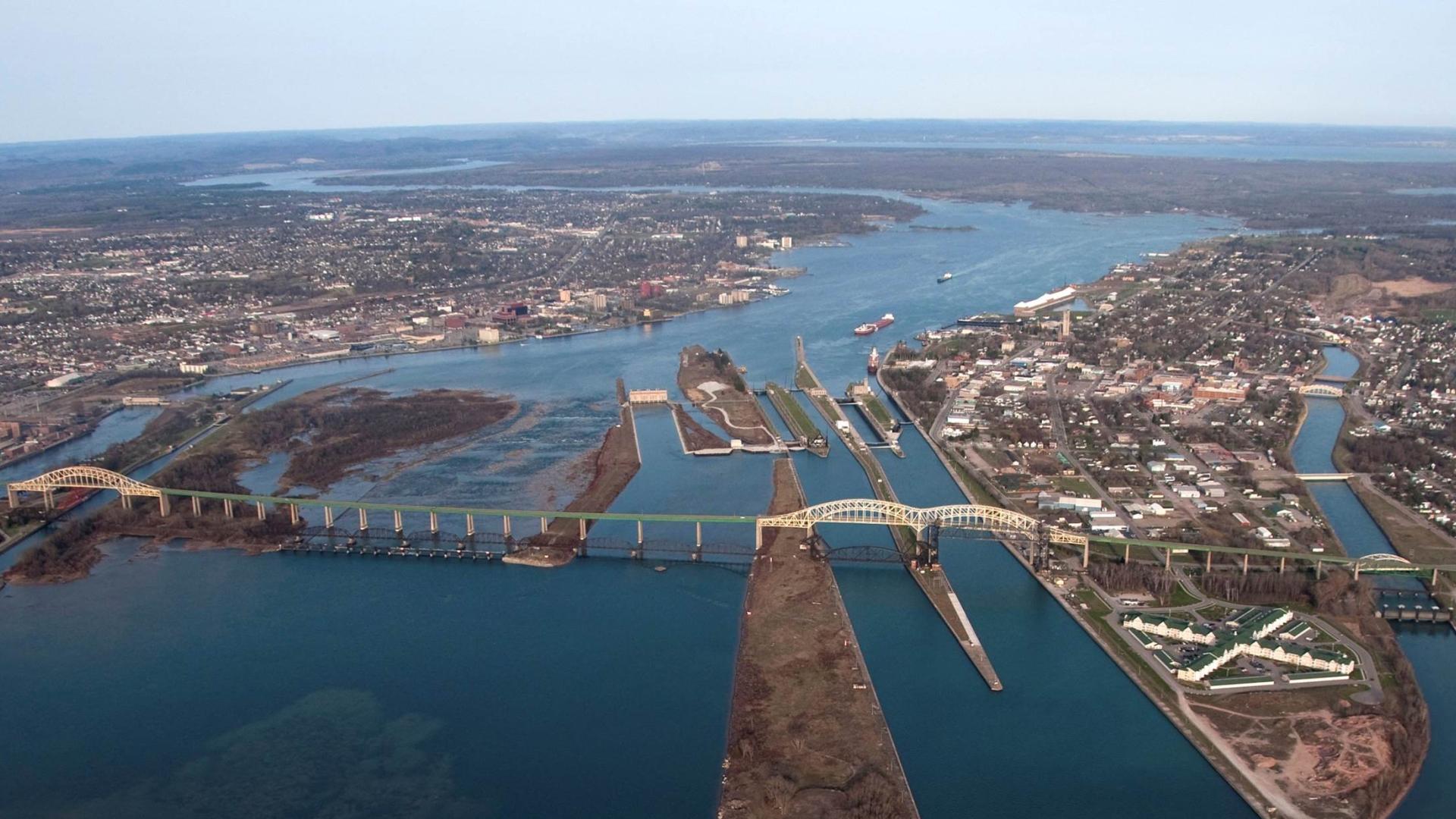 Wet conditions continued across the Lake Michigan-Huron basin in June and resulted in water levels rising to record highs by the end of the month.  Conditions were relatively drier in the Lake Superior basin, but Lake Superior remains above record high water levels for this time of year. As a result, there is a much increased risk of shoreline erosion, lakeshore flooding and coastal damages across the upper Great Lakes system. The Board advises all those that may be affected to prepare for potentially severe coastal impacts, especially during periods of strong winds and high waves.

The International Lake Superior Board of Control (Board) expects the total flow in July to be 3,170 m3/s, which is 300 m3/s above the amount prescribed by Lake Superior Regulation Plan 2012.  Actual outflows may vary depending on hydrologic conditions, as well as maintenance activities at the hydropower plants on the St. Marys River. The gate setting at the Compensating Works will be maintained at the equivalent of six gates fully open. In late July, Gates #7 through #9 will be temporarily closed to facilitate concrete repair at Gate #8. The average St. Marys Rapids flow in July is expected to be approximately 993 m3/s. Anglers and other users of the St. Marys Rapids need to be cautious of the high flows and water levels that will continue to be experienced in the rapids in July.

The Board received approval from the International Joint Commission (IJC) to temporarily deviate from Regulation Plan 2012 through November 2019. This deviation strategy is similar to those employed over the past four years, which were also marked by reduced hydropower capacity and high lake levels and outflows. Over the next several months, the Board expects to adjust the gate settings at the Compensating Works in order to offset the effects of maintenance activities that are expected to continue through the summer and fall. Over this time period, the total amount of water released through the St. Marys River will be approximately equal to the flow prescribed by Plan 2012 and the deviation strategy will have almost no impact on the water levels of Lake Superior and Lake Michigan-Huron, yet will provide benefits to the St. Marys Rapids directly downstream of the Compensating Works.