The Board expects the total outflow to be 1,730 m3/s (61.1 tcfs) in January, which is as prescribed by Lake Superior Regulation Plan 2012. The gate setting at the Compensating Works will be maintained at the setting equivalent to one half gate open (Gates #7 through #10 partially open 20 cm (7.9 in)). There will be no change to the setting of Gate #1, which supplies a flow of about 15 m3/s to the channel north of the Fishery Remedial Dike.

Weather and water supply conditions were much wetter than average in the Lake Superior basin in December. As a result, Lake Superior declined 2 cm (0.8 in), while on average the lake declines 8 cm (3.2 in) in December. Lake Michigan-Huron declined 5 cm (2 in) last month, which is the average historical decline in December.

The International Lake Superior Board of Control is responsible for regulating the outflow of Lake Superior and managing the control works on the St. Marys River. Under any regulation plan, the ability to regulate the outflow from Lake Superior does not mean that full control of lake levels is possible. This is because the major factors affecting water supply to the Great Lakes, precipitation, evaporation, and runoff cannot be controlled, and are difficult to accurately predict. Outflow management cannot eliminate the risk of extreme water levels from occurring during periods of severe weather and water supply conditions. Additional information can be found at the Board’s homepage: https://ijc.org/en/lsbc or on Facebook at: https://www.facebook.com/InternationalLakeSuperiorBoardOfControl 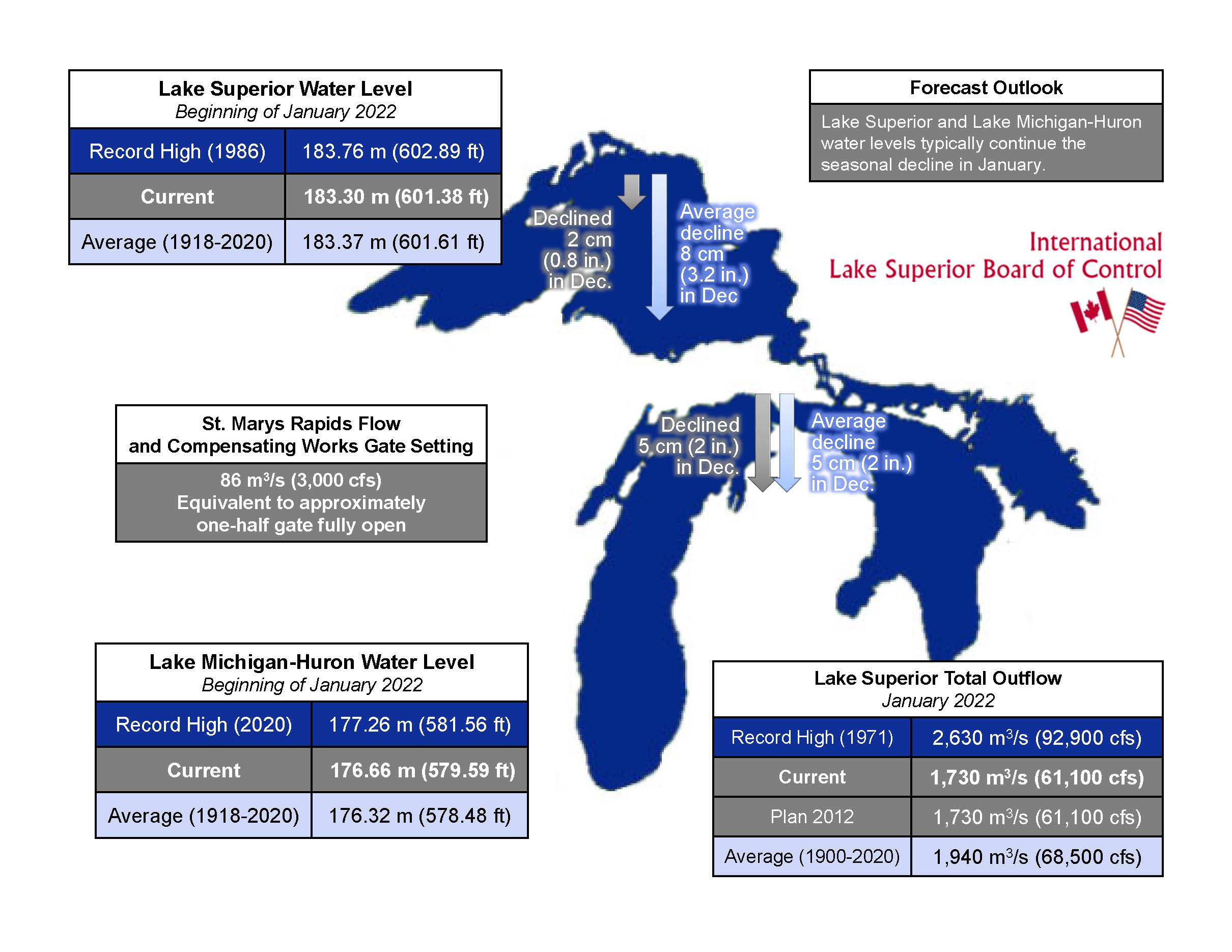