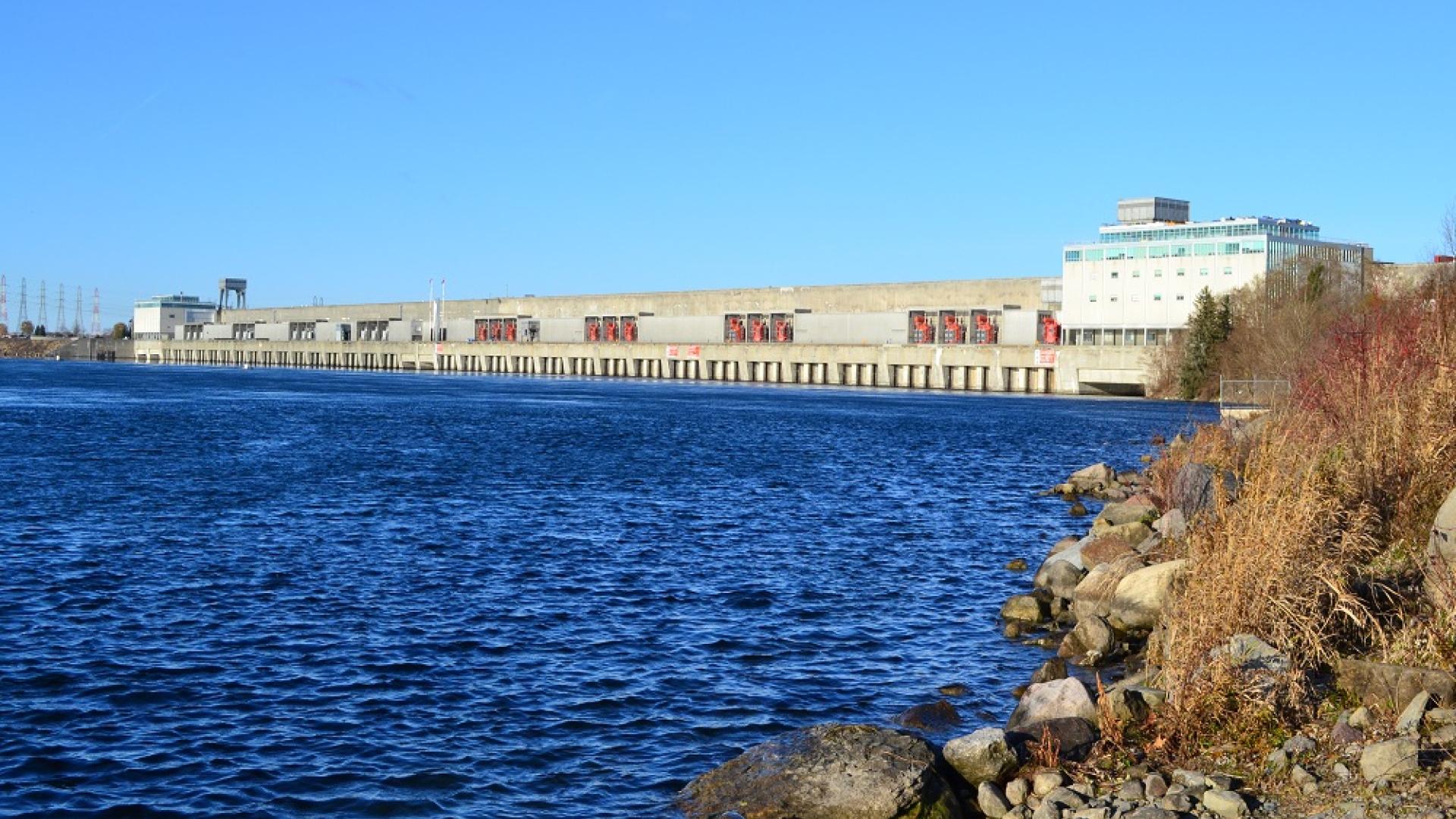 Mild temperatures and minimal ice cover in the St. Lawrence River made it possible to release record amounts of water from Lake Ontario during January and continuing into February, but inflows to Lake Ontario also set records last month. The continuing trend of extremely high water supplies, which has now lasted over three years, continues to hamper the Board’s efforts to help reduce flood risks throughout the Lake Ontario-St. Lawrence River System.

The latest record outflows come as the International Lake Ontario – St. Lawrence River Board continues to deviate from Plan 2014 to maximize outflows and remove as much water from Lake Ontario as conditions will allow to reduce the risk of high water this spring.

An especially mild month in January and limited ice cover in critical areas of the St. Lawrence River provided favorable conditions to allow the release of an exceptional volume of water from Lake Ontario.

Near Moses-Saunders Dam, at Massena, NY, it was the 6th warmest January on record going back to 1949.  Mild weather at the start of the month delayed ice formation and allowed record outflows averaging 10,430 m3/s (368,300 cfs) during the first 11 days of January.

The mild temperatures were briefly interrupted by colder weather around mid-month, which initiated ice formation in the Beauharnois Canal area.  This required additional Lake Ontario outflow reductions was necessary to reduce the risk of disrupting the fragile ice cover and causing an ice jam.

Nonetheless, outflows remained above typical January values throughout the month, and by the end of January the ice cover had again thawed and broken up, allowing outflows to again be increased to record highs.  Overall, the average outflow in January was 9,210 m3/s (325,200 cfs), 740 m3/s (26,100 cfs) above the previous January record set in 1987.

Despite these unprecedented outflows, Lake Ontario rose during January as record net total supplies (inflows) to Lake Ontario averaged 10,140 m3/s (358,100 cfs).  The high inflows were largely the result of heavy rainfall that rapidly increased streamflows during and following the significant storm event on 11-12 January.  This storm also caused rapidly rising Lake Erie levels and resulted in record-inflows to Lake Ontario from the Niagara River by the end of January.

The net result is that water levels have begun to rise from their seasonal low, reached in December, and Lake Ontario’s level was 75.13 m (246.49 ft) as of 6 February and again near record highs for this time of year. Lake Erie and the upper Great Lakes are all at record highs as well, and this continues to result in an increased risk of high water this spring.

Flows will be reduced temporarily starting this afternoon as ice has begun to re-form in the Beauharnois Canal.

The Board continues to closely monitor conditions and look for every window of opportunity to continue maximizing outflows to the extent possible to reduce the risk of high levels in 2020.

The International Lake Ontario – St. Lawrence River Board specifies the outflows from Lake Ontario, according to Plan 2014 as required in the 2016 Supplementary Order from the International Joint Commission. This plan was agreed to by the United States and Canada in December 2016 in an effort to improve environmental performance while maintaining most of the benefits provided to other interests by the previous Plan 1958-D, which was in use since 1963. In determining outflows, the Board, in conjunction with its staff, pays close attention to water levels in the Lake Ontario-St. Lawrence River system and on the Great Lakes upstream, and to the effects on stakeholders within the basin.

Water levels vary from year-to-year and throughout the year depending on weather and water supply conditions.  Such variations benefit coastal wetlands and are critical to a healthy lake environment, but may at times and depending on individual circumstances increase the vulnerability of shoreline structures and reduce opportunities for recreational boating activities.  The Board urges everyone to be prepared to live within the full range of levels that have occurred in the past and of those that may occur in the future.  Based on historical observations and projected future conditions, at a minimum, Lake Ontario water levels are expected to range from a high of 75.92 m (249.1 ft.) to a low of 73.56 m (241.3 ft.) at infrequent intervals.  However, it is also recognized that future climate conditions are uncertain, and more extreme water levels may be reached and these extremes may occur more often.  Levels on the St. Lawrence River tend to vary more widely than on Lake Ontario.  Also, these levels do not include the varying local effects of strong winds and wave action that significantly increase or decrease local water levels on both the lake and river, with temporary changes of over half a meter (two feet) possible in some locations.

For more information, please see the Board’s website (ijc.org/loslrb) and Facebook page (https://www.facebook.com/InternationalLakeOntarioStLawrenceRiverBoard).To receive a weekly email about water levels and flows in the Lake Ontario–St. Lawrence River system, please send a blank e-mail message to stlaw-L-subscribe@cciw.ca with the word ’subscribe’ in the title and body of your message.