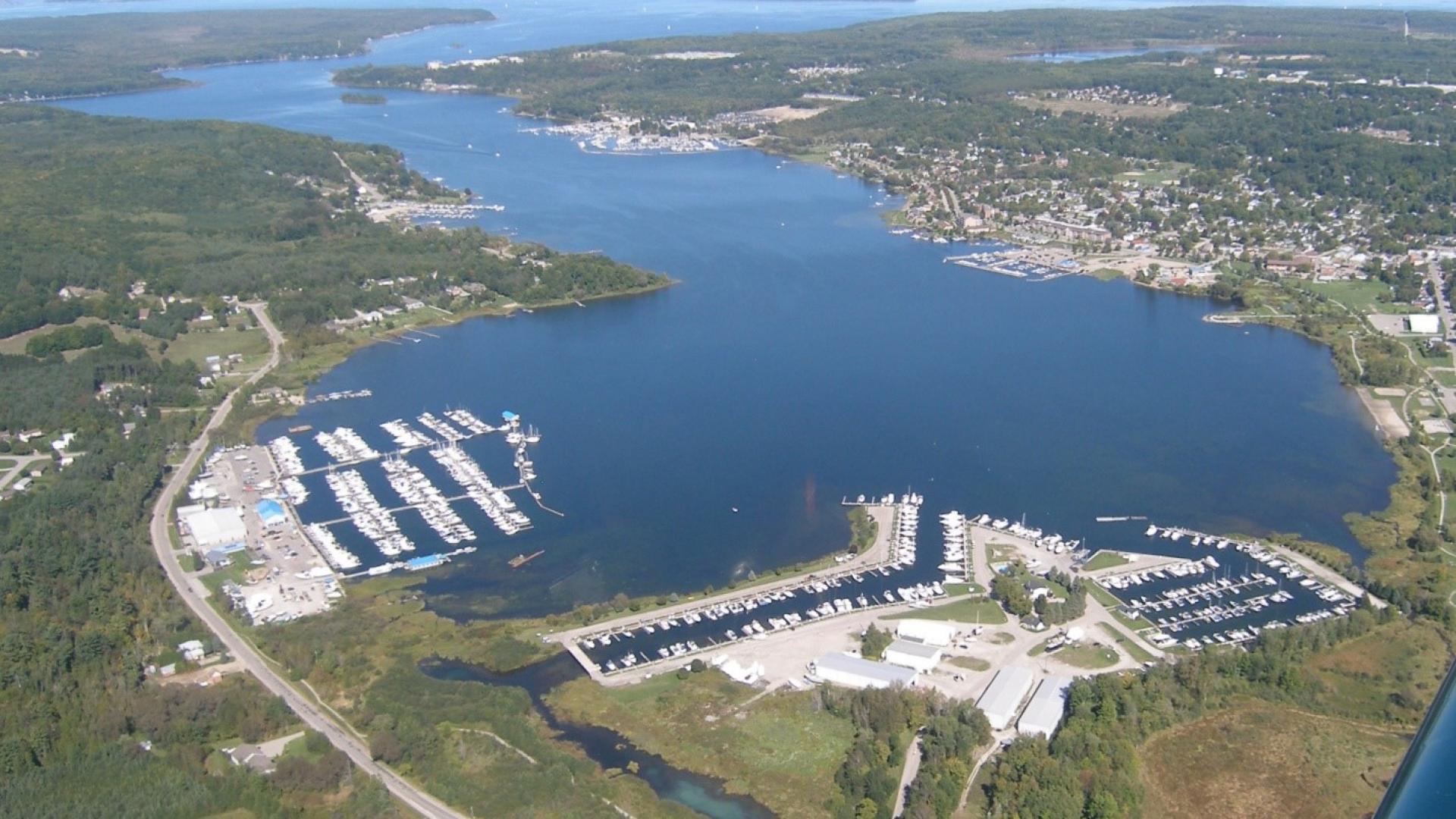 Restoring and revitalizing designated Areas of Concern in the Great Lakes has long been seen as bringing environmental, health and economic benefits to those regions. The federal governments of Canada and the United States play a role in making these restoration efforts a success, along with states and provinces, local governments, Indigenous communities, non-government organizations and the public. A recent research paper suggests that even after these areas are “delisted,” they still need thoughtful care and consideration.

According to the paper, authored by Ted Angradi and others from the US Environmental Protection Agency (EPA) in Duluth, a broad spectrum of social, community-specific, and environmental factors need to be monitored to ensure that successful restoration and revitalization efforts continue.  These messages are similar to recommendations made in 2017 by the International Joint Commission.

Based on the Great Lakes Water Quality Agreement of 1987, 43 locations within the Great Lakes were designated as an Area of Concern or AOCs, 26 of which were in the U.S., 12 in Canada and five shared binationally between the two countries.

These are locations where human activities over the past century have degraded the physical, chemical  or biological integrity of the waters to an environmentally significant extent, which in turn has had negative to severe impacts on local aquatic species and people that live or work in the regions.

As of March 2021, eight AOCs have been delisted, meaning all the remedial work has been completed and the natural beneficial uses of the areas have been restored. Two more are in recovery phases and are being monitored, and the rest continue to see new projects aimed at restoring them. The governments, primarily through the US EPA and Environment and Climate Change Canada (working closely with Ontario), have been responsible for leading the cleanup and restoration of these areas.

The Process and Benefits of Restoration

But how do these agencies and their partners measure how a specific impairment within an AOC is recovering? Project managers, alongside relevant federal, state and provincial environmental agencies, monitor specific aspects, or indicators, related to an impairment.

For example, if local fish are unsafe for consumption because of chemical pollution, an indicator could involve tracking to see if contaminant levels are dropping in those species to meet a predetermined target. For much of the past decade, AOC restoration projects have been funded in the United States through the Great Lakes Restoration Initiative and in Canada through the Great Lakes Protection Initiative.

According to the paper, published in the Journal of Great Lakes Research in October 2019, AOCs in Canada and the U.S. - such as the Detroit River, Hamilton Harbor, the Ashtabula River and Severn Sound – have seen economic and social benefits from cleanup efforts, on top of the environmental ones.

The Detroit River is noted as having one of the most dramatic improvements despite not yet being delisted as an AOC. John Hartig, a Great Lakes scientist who was the refuge manager for the Detroit River International Wildlife Refuge for 14 years, wrote a paper in 2018 that called it one of the “most remarkable ecological recovery stories” in North America, noting that the city’s RiverWalk and wildlife refuge on waterfront along the Detroit River has not only provided ample habitat for wildlife, but also drawn millions of visitors to the waterfront, and created ongoing jobs and a substantial return on investment. This is a far cry from the cement slabs and decades-old industrial pollution that the riverfront was known for even into the 2000s. Hartig’s paper notes that it would not have been possible to change the waterfront without first working to clean the water.

Revitalization and restoration efforts within AOCs have been tracked in many ways; the 2019 paper notes that environmental, economic, social and governance indicators (identifying gaps in water-related policies, management and adaptive capacity ranging from water quality to security) have been used both in AOC restoration and broader community revitalization efforts to varying degrees.

It’s important to get as broad a perspective as possible and indicators also can help provide a “before and after” perspective outside of the AOC process, according to Angradi’s paper. If a community has a revitalization project underway that is not part of the AOC restoration process, it may, for example, be using economic indicators to track its progress and how much it’s doing for the local community and economy -- but without measuring indicators around environmental or social benefits.  The full value of the project could therefore be missed.

The 2019 paper by Angradi and others makes several recommendations to help guide remediation, enhancement and protection efforts when local leaders apply for AOC restoration projects to ensure that ecosystems and social well-being are being appropriately considered.

For example, the authors suggest treating AOC projects as an opportunity to intentionally enhance the socio-economic benefits of the ecosystem, which already tend to be defined in AOC remedial action plans. They also note that local project managers should consider metrics that will be effective over the long term and indicators sensitive to short-term revitalization, and broadly approaching revitalization as a continuous process beyond the AOC designation. This means recognizing that AOC restoration efforts are just one tool communities have to make their waterfronts vibrant and healthy places for people and wildlife.

The authors recommend ensuring that some of these indicators remain sensitive to the unintended consequences of revitalization efforts by consulting local subject matter experts. Part of this involves an active effort to directly engage people in communities, as local organizations and members of the public often feature experts on the local situation who can provide helpful insight. Similarly, Indigenous communities also hold local and traditional knowledge vital to restoration efforts.

In addition to governance indicators, other aspects such as the degree of community volunteerism and participation in community cleanup efforts and public meetings are examples of what local indicators may look like, according to lead author Angradi.

Angradi said that these local indicators could be used to measure the degree of community involvement in a revitalization project.

When a community is planning new developments, restoration projects, or access routes  to or within restored areas, broad buy-in and local knowledge from residents can help ensure projects remain sustainable and broadly beneficial. The paper indicates that more community involvement increases the chances that revitalization will continue even after the AOC is delisted, with new community sustainability and revitalization plans. This in turn would reduce the odds that similar ecological problems could emerge in the years ahead.

“If you go into all those other (socio-economic responses) to this improvement with all this money we spend on riverwalks, waterfront revitalization and AOCs, it makes a better case to the community to keep going and for other communities to take these up too,” Angradi said. “I think it snowballs as it goes.”

This approach of engaging local organizations and experts aligns closely with some of the recommendations regarding AOC restoration that the IJC made in its 2017 Triennial Assessment of Progress report.

In the report, the IJC recommended that the Canadian and US governments enhance “public engagement through the remedial action program by creating meaningful opportunities for binational dialogue between AOC stakeholders.” The IJC also recommended the two countries support local “public advisory councils as they transition to life after delisting in their AOC.”

A 2020 Triennial Assessment of Progress report follows up on these public participation recommendations. The report adds that Lakewide Action and Management Plans provide “key institutionalized and place-based forums for public engagement under the Agreement,” which is particularly “important for communities that are not designated Areas of Concern and those who wish to continue participating in decision-making following Area of Concern delisting.” As such, the IJC recommended in its 2020 report that the governments “provide more and better opportunities for the public to influence” the governments’ lakewide management programs and projects.

Federal agencies on both sides of the boundary have been working to integrate these kinds of actions into their initiatives. For example, the EPA’s Office of Environmental Justice released a recent presentation where  agency members break down how the community approach can be helpful in strengthening public engagement, interest and support of revitalization and restoration efforts.

This approach has been used in the Great Lakes already. The Detroit River AOC restoration effort is one such example, and most Canadian AOCs have public advisory committees designed to engage the public for remediation plans.

Severn Sound, on the east end of Georgian Bay, was delisted as an AOC in 2003 and benefitted from this approach. In 1993, the Severn Sound Regional Action Plan Committee published its plan to help improve the AOC, which a few years later led to the creation of the Severn Sound Environmental Association.

This association consists of members from local municipalities along with the federal and provincial governments, and works with an array of First Nations, universities, commercial interests and other organizations to manage the continued revitalization, protection and recovery of the now-delisted Severn Sound AOC. These activities range from public stewardship and community involvement in water quality monitoring and invasive species control to tree planting and promotion of overall ecosystem and community health.