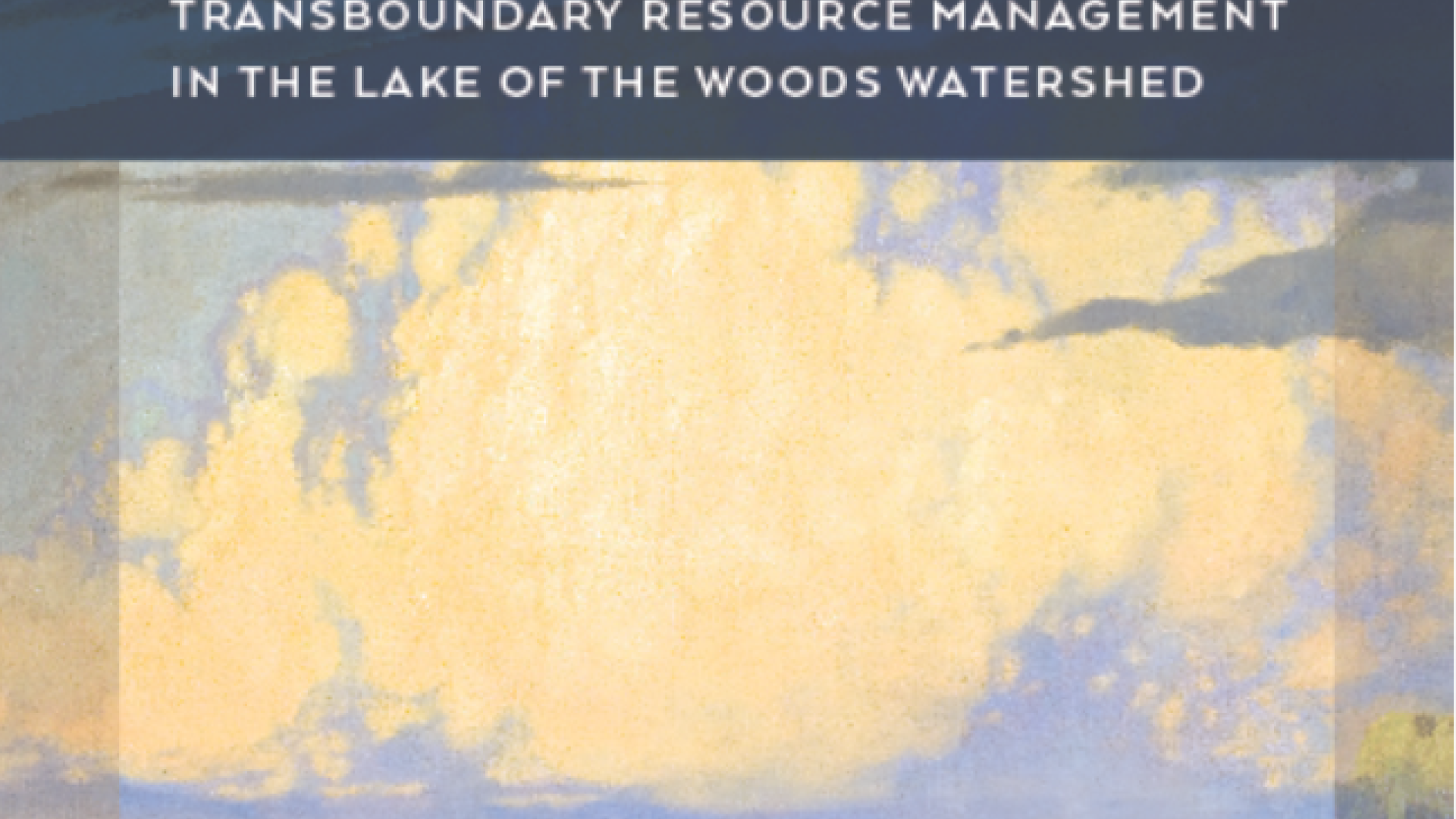 Caption
Levelling the Lake by Jamie Benidickson is published by University of British Columbia Press.

As new challenges underscore the importance of watershed management and governance in North America and beyond, awareness of past successes and failures may offer valuable insights. Levelling the Lake, a new book on water regulation in the Rainy-Lake of the Woods region, details legal and institutional responses to a continuing series of resource management and environmental issues affecting both sides of the Canada-US boundary. Levelling the Lake was published in hardcover earlier this year.

For over 150 years, the Lake of the Woods watershed has experienced significant human interventions entailing extensive environmental impacts. These have included resource and industrial activity beginning with pioneering initiatives along the Rainy River as well as timber harvesting and log-boom operations, together with gold and iron mining ventures and a transboundary system of pulp and paper production.

Mid-20th century mineral developments - notably Steep Rock iron mining - generated unprecedented volumes of sedimentary material and tailings. The devastating health impacts of mercury discharges from the 1960s and 1970s then fell tragically on aboriginal communities to the north of the Rainy-Lake of the Woods system. Recreational users also contributed to unanticipated alterations in water quality through fuel spillage, waste handling, or the introduction of unfamiliar species.

The IJC’s early engagement with the region took the form of reference inquiries into water level regulation for Lake of the Woods and then the Rainy Lake system, emphasizing water power and reservoir capacity rather than water quality.

From at least the early 20th century, critical attention and sometimes outraged responses were stimulated by environmental disruption and transformation resulting from industrial development. Protests were voiced by fisheries inspectors, public health officials, conservation pioneers, researchers associated with the IJC and First Nations representatives who observed the deterioration of fishing or wild rice harvesting. Their later counterparts, as well as concerned individuals and community groups, continued to express disappointment, apprehension or even alarm over environmental conditions.

By the 1960s, pollution studies carried out by the IJC along the Rainy River highlighted the significance of a comprehensive remedial response if deteriorating conditions were to be addressed successfully along shared waterways. Half a century later, in 2010, water quality concerns in the Rainy-Lake of the Woods basin persuaded Canada and the United States to re-engage the IJC in a review of existing binational management arrangements for the watershed.

Issues calling for attention range from algal blooms to invasive species such as rusty crayfish and the ash borer to fluctuating water levels that adversely affect biodiversity and shoreline erosion. Added concerns include impacts from mining and hydropower operations together with the uncertain implications of climate change. As Levelling the Lake explains, resource activity and hydro-electric power development, accompanied by population growth and recreational use, left their cumulative mark.

In 2019, as the Canadian Lake of the Woods Control Board marks a 100-year anniversary and the IJC’s International Rainy-Lake of the Woods Watershed Board pursues its mandate, questions inevitably arise: What is different now? Can we do better? Can this watershed be effectively safeguarded short of a crisis?

Levelling the Lake suggests that sustained transboundary institutional collaboration, as illustrated in the Rainy-Lake of the Woods story, has a significant contribution to make in promoting awareness of shared challenges and marshalling resources in response. Indeed, as argued in the book, the IJC’s influence already constitutes part of “an important legacy that has sheltered and defended, if not fully protected, valuable dimensions of the natural heritage.”

Jamie Benidickson teaches environmental law at the University of Ottawa where he is a member of the Centre for Environmental Law and Global Sustainability. He is the author of books including Levelling the Lake: Transboundary Resource Management in the Lake of the Woods Watershed.