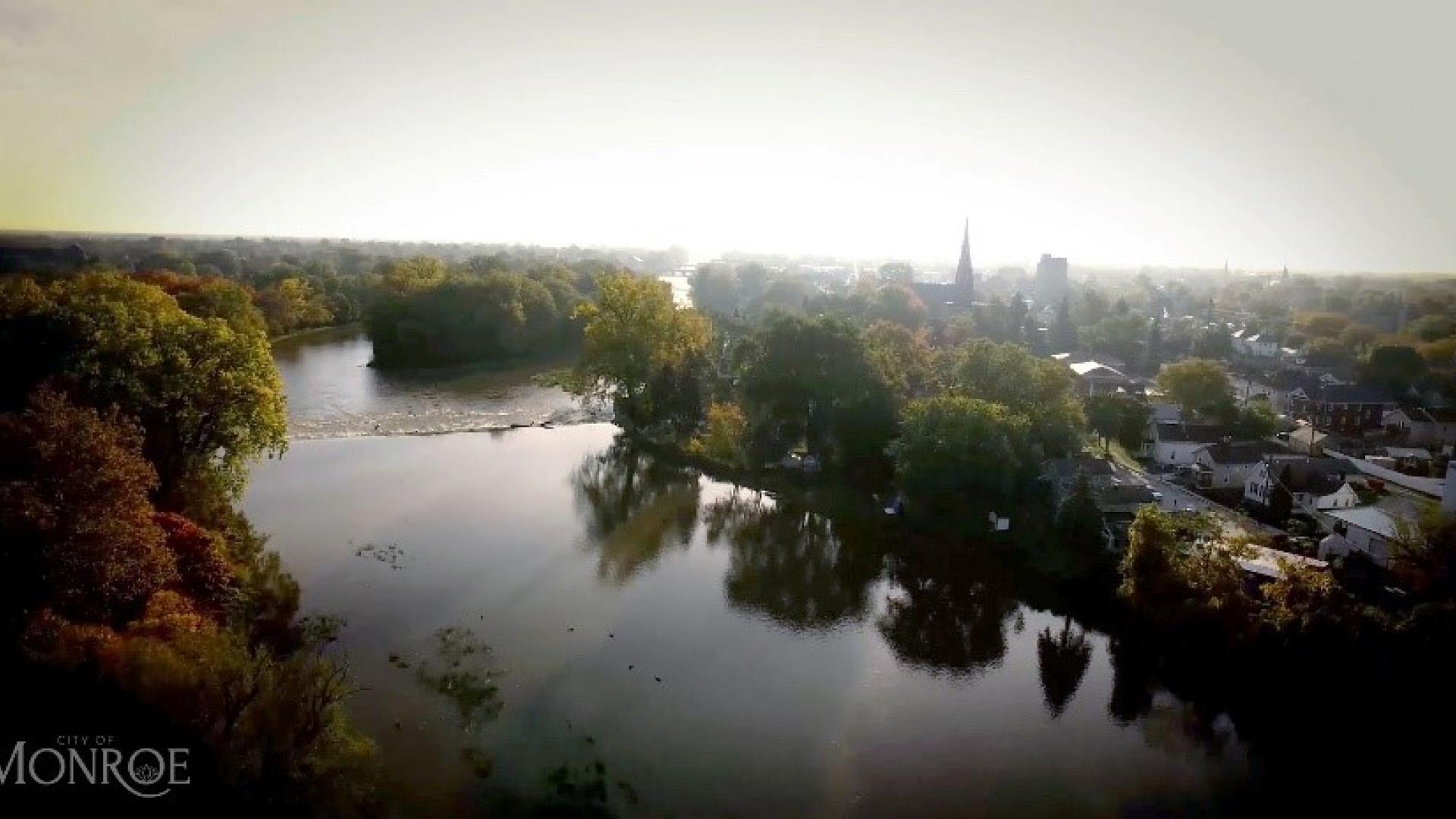 The cleanup of Great Lakes Areas of Concern (AOC) has proven difficult and spanned more than three decades.

Recent experience is showing that restoration work is helping reconnect people to their waterfronts in ways that enhance community well-being and return economic benefits.

One example is the River Raisin off western Lake Erie in Monroe, Michigan.

Nearly $100 million has been spent on remediation and restoration in the River Raisin. This cleanup has been an essential building block in the revitalization of Monroe.

The city is now rebranding itself as a vibrant urban center with an ecologically significant river, historical assets, a new national park, a state park, and an international wildlife refuge within its city limits – all connected by greenway trails.

The River Raisin National Battlefield Park already has more than 230,000 annual visitors and park attendance is projected to increase to 635,000, improving the local and state economies by more than $53 million annually.

Such economic benefits assessments are proving to be important tools to sustain long-term momentum in this restoration work and help with transition to community revitalization, manifest return on investment, and attract champions for sustained funding to finish the job of restoring all AOCs and reaping the many benefits of healthy waters.

Remedial action plans, or RAPs, to restore Areas of Concern date back to 1985. In response to a recommendation from the International Joint Commission’s Great Lakes Water Quality Board, the Great Lakes states, province of Ontario, and the Canadian and US federal governments committed to developing and implementing RAPs to restore impaired “beneficial uses” in each Great Lakes Area of Concern (AOC) within their political boundaries. This commitment was codified in the 1987 Protocol to the Great Lakes Water Quality Agreement.

Each RAP was to identify impaired uses and causes, actions needed to restore these impairments, the agencies or organizations responsible for implementing the actions, and the timeframe for implementation to increase accountability. Further, RAPs were to adopt an ecosystem approach that accounts for the interrelationships among air, water, land and all living things including humans, and involves all user groups in management.

Key lessons learned from recent research on the cleanup of these toxic "hot spots” include:

In 2017, on the 32nd anniversary of the commitments to RAPs and the 30th anniversary of inclusion in the Great Lakes Water Quality Agreement, a two-day symposium titled “Restoring Great Lakes Areas of Concern” was convened at the 60th annual meeting of the International Association for Great Lakes Research.

The purpose was to review what has been achieved and learned since the onset of RAPs to restore AOCs. In total, 27 papers and five posters were presented. Selected papers from this symposium will soon be published in a special issue of the Journal of Aquatic Ecosystem Health and Management (AEHMS). In addition, an AOC book is being written that will be published as part of AEHMS’s Ecovision World Monograph Series.

John Hartig recently completed an appointment as a Fulbright Scholar at the Balsillie School of International Affairs in Waterloo, Ontario, where he performed interdisciplinary research on AOCs.  He is the Great Lakes Science-Policy director of the International Association for Great Lakes Research.