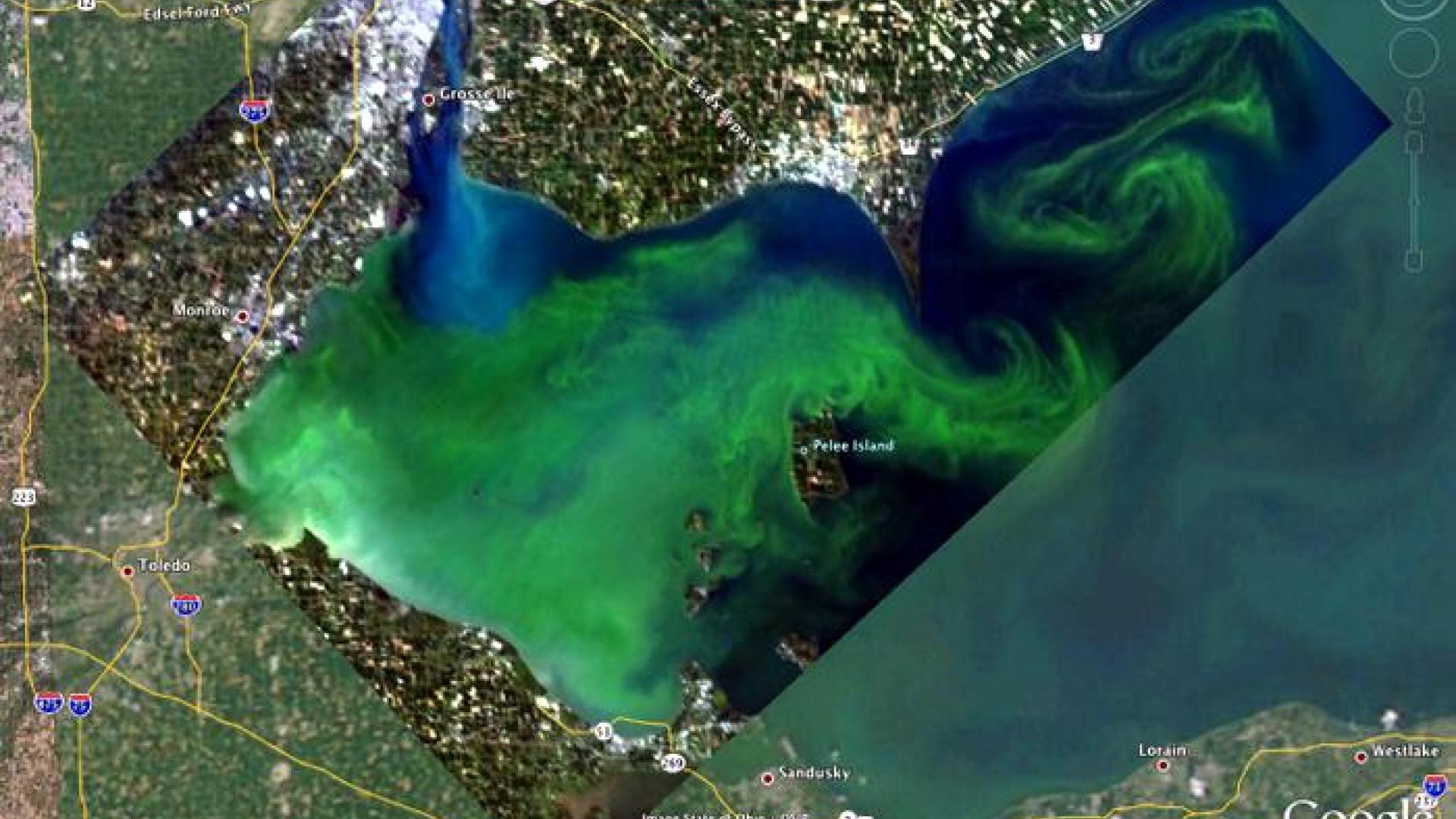 Call it wishful thinking. We like to call it ambitious.

The IJC’s Lake Erie Ecosystem Priority, or LEEP, is targeting excessive algae growth in Lake Erie. The plans are to develop recommendations for the Canadian and U.S. governments to measurably reduce dissolved reactive phosphorus (DRP) loads and algae by the end of 2015.

It’s a worthy goal. In 2011, Lake Erie saw some of the largest algal blooms in recent history. The excess algae, due in part to phosphorus inputs to the lake, has been getting steadily worse in the last decade. So bad, in fact, that you can see the green stuff from space. 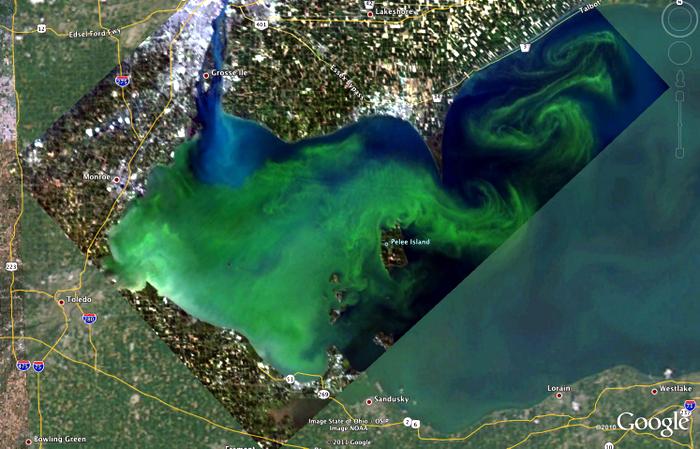 The extent of a 2011 harmful algal bloom in Lake Erie is shown in this satellite photograph.

Early this year, commissioners decided to make addressing the algae a three-year priority under the Great Lakes Water Quality Agreement between the two countries.

Phosphorus is a nutrient found in everything from fertilizers to sewage. In excess amounts, it can cause aquatic plants like algae to flourish, and close beaches to the public due to bacteria in the algae.

The Water Quality Agreement of 1972 prescribed phosphorus targets for Lake Erie. Those targets are being met today, but may need to be revised for the future.

The ’72 agreement set phosphorus load objectives, and limited discharges from wastewater treatment plants. Still, phosphorus can remain in the sediment of Lake Erie and its tributaries.

Invasive species like zebra and quagga mussels also have changed the lake ecosystem in recent decades, and can make existing phosphorus amounts more bioavailable, because of the way the mollusks filter the lake water. There appear to be climate change factors, too --- warmer waters and longer summers can add fuel to the algae fire.

LEEP is looking at Lake Erie algae in three ways: examining the current state of the science; examining policies and programs for addressing the issue; and examining the socio-economic impact of algae on important sectors like fisheries, recreation and tourism.

Work groups of Canadian and U.S. scientists will be looking for patterns, possibly watersheds in the region that are contributing more phosphorus than others. They’ll also be looking for data gaps, as in how well the countries are monitoring inputs to Erie.

The public, which was consulted for LEEP during eight hearings in August and September (see a pdf presentation), will continue to be involved in the coming year.

By early January of 2013, the work groups hope to have a draft of their findings ready for peer review.

In February, the IJC plans to hold an invitational forum, where government, non-government and academic experts will discuss the results, and aim for a consensus on what the recommendations to governments should be.

A draft report with recommendations is expected to be released for public comment in the summer of 2013, and presented at a Great Lakes Summit in the fall of 2013, with the final report sent to the governments in October 2013.

What about the other lakes, like Michigan-Huron, which also have seen their share of beaches fouled by algae? The work done as part of LEEP will go a long way toward creating models and approaches that can be applied to other lakes in the future.