Kootenay Lake levels have risen rapidly following heavy sustained rainfall and rising temperatures from the Category 5 atmospheric river which hit southern BC and Washington State last week. Increased discharge in the Duncan and Kootena(i) Rivers (Figure 1), along with smaller tributaries, resulted in a rapid increase of Kootenay Lake inflows (Figure 2). The result was Kootenay Lake rose approximately 2 ft (60 cm) in a one week period, half of which was on Nov 14th and 15th (Figure 3). On November 9th, the elevation of Kootenay Lake at Queens Bay was 1742.65 feet (531.159 m). By the morning on November 17th, the Queens Bay elevation had risen to a height of 1744.77 feet (531.808 m). Prior to, during and following the atmospheric river event, Grohman Narrows was the primary point of control governing Kootenay Lake outflows (Figure 3), indicating Corra Linn Dam operations were not limiting outflows.

The elevation of Kootenay Lake at the Queens Bay gauge is currently 1,744.87 feet (531.836 m), and remains below the IJC 1938 Order of Approval Rule Curve (1,745.32 feet), but levels have risen above the 75th percentile of the historical record for this period. In mid-September, lake levels were near historical minimums following unprecedented dry conditions through the spring and summer.

The board continues to monitor the situation closely. 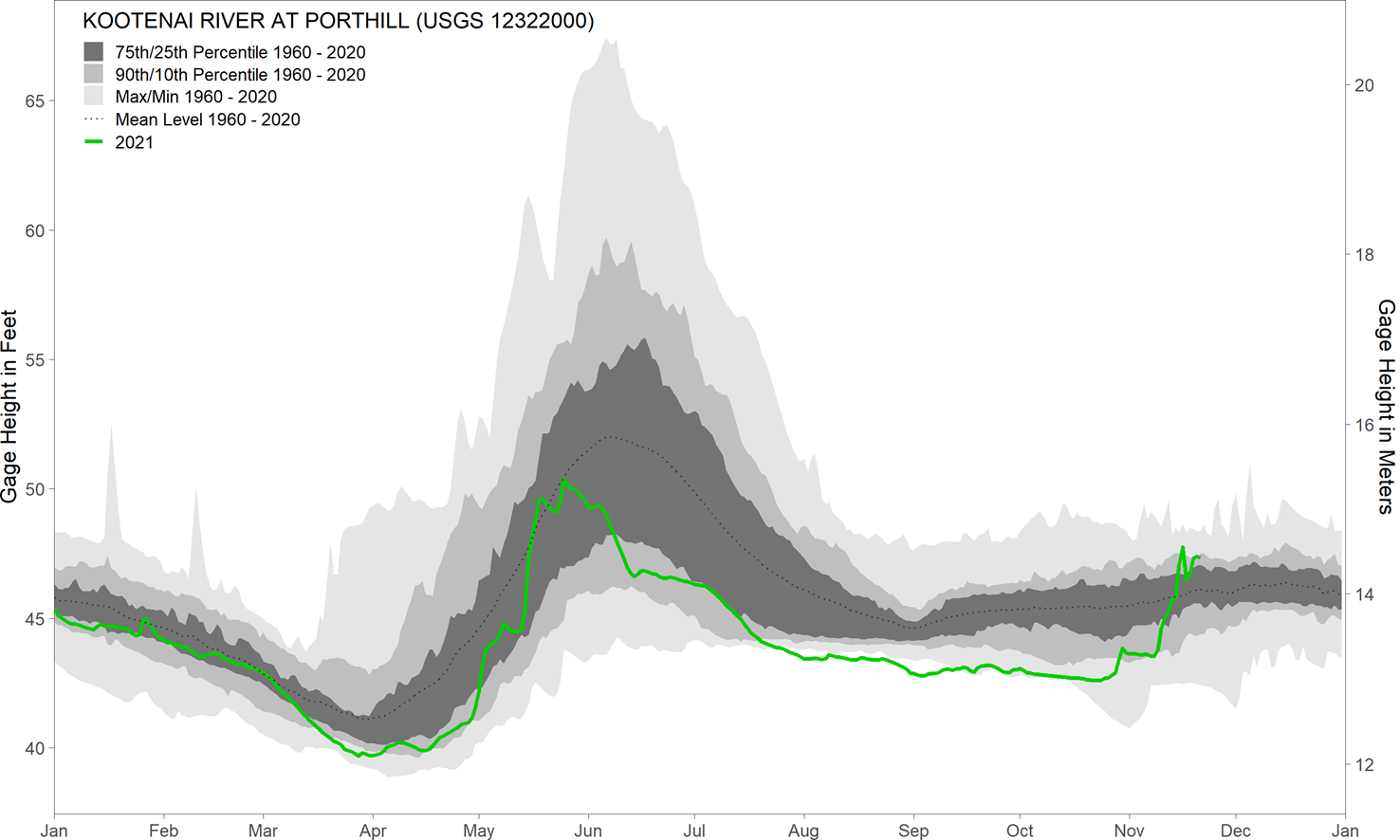 Figure 1: Hydrograph of mean daily gauge height of the Kootenai River at Porthill Idaho, measured at USGS gauge 12322000 between January 1, 2021, and November 19, 2021. The rapid increase starting on November 14, 2021 is the result of increased runoff from heavy sustained rainfall and associated snowmelt runoff. 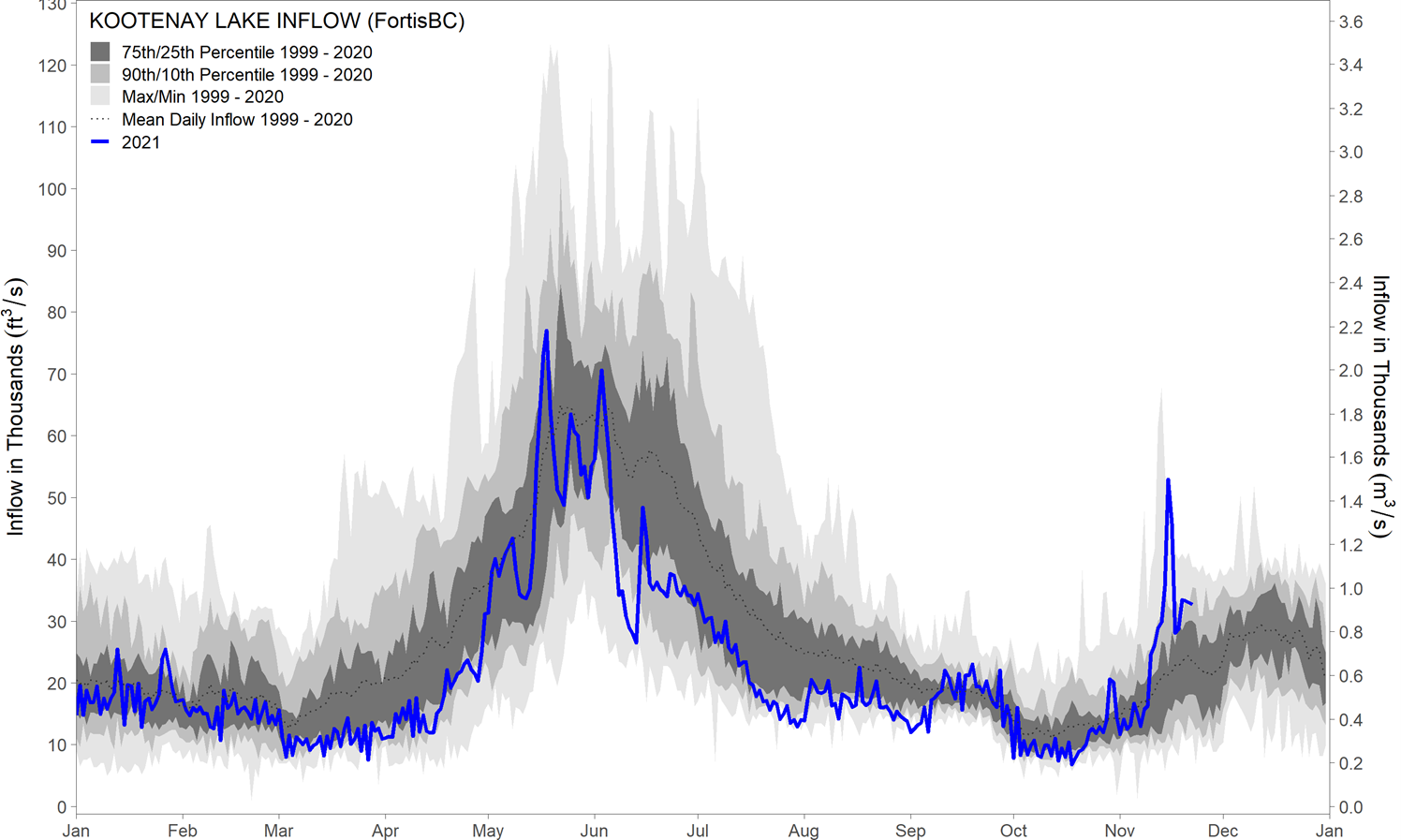 Figure 2: Hydrograph of mean daily inflow to Kootenay Lake as measured and reported by FortisBC for the period between January 1, 2021, and November 19, 2021. The rapid increase on November 14 and 15, 2021 represents the impacts from heavy sustained rainfall and additional runoff from snowmelt due to rising temperatures. 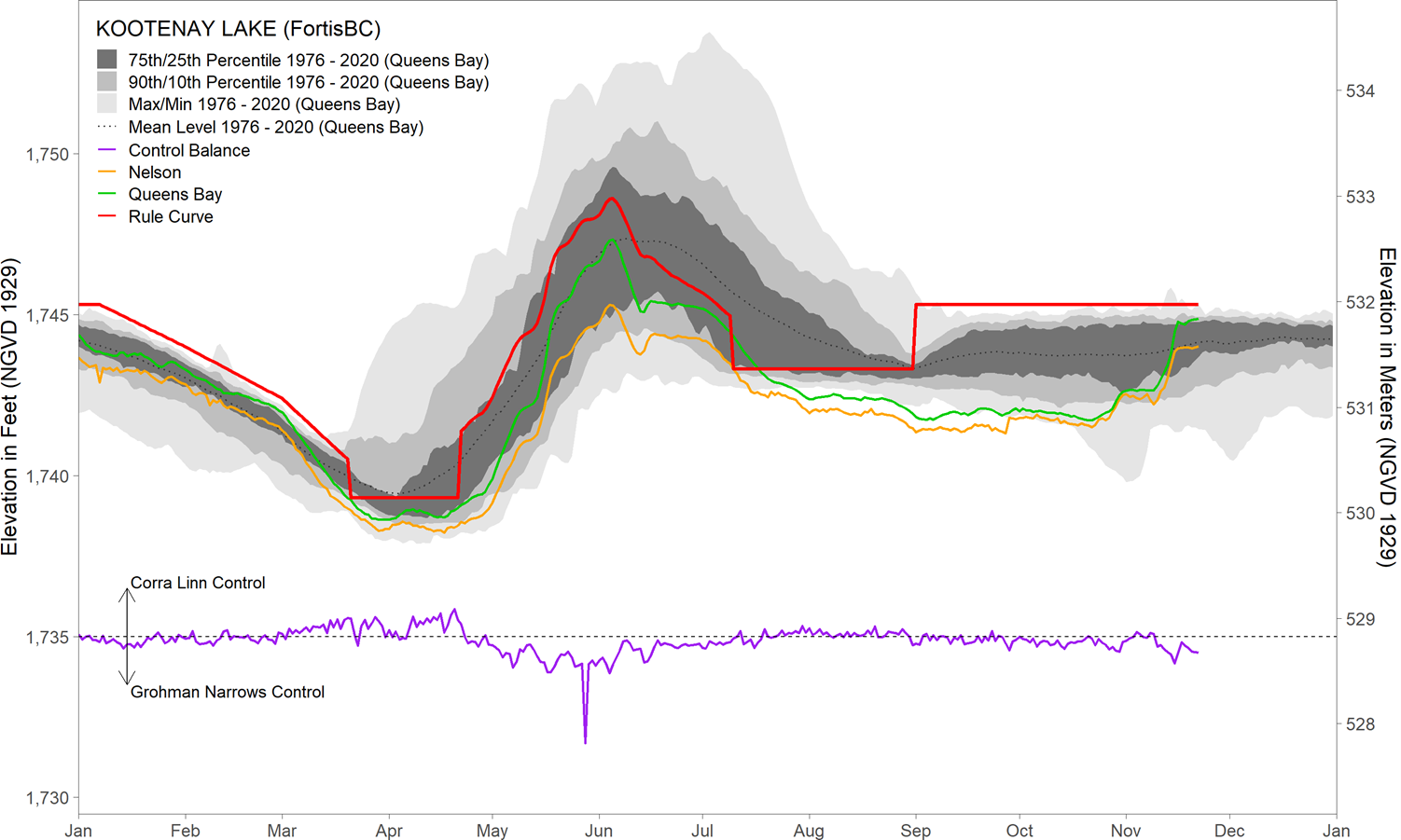 Figure 3: Kootenay Lake levels measured at FortisBC gauges at Queens Bay and Nelson (green and orange lines, repectively). Lake level increased due to heavy precipitation and associated increased lake inflows. The purple line demonstrated the (Corra Linn/Grohman Narrows) control of Kootenay Lake outflow. When below the dashed line, Grohman Narrows is limiting lake outflows, which was the case throughout the event.