Following multiple atmospheric river events in November, during which Southern BC and Washington State were subjected to periods of heavy precipitation, Kootenay Lake levels rose rapidly from below-normal to historical maximum levels for the autumn season. As a result, the elevation of Kootenay Lake at the Queens Bay gauge (FortisBC) exceeded the IJC 1938 Order of Approval Rule Curve of 1,745.32 feet from December 3rd (6 pm PST) through December 6th (12 pm PST). During this time, lake levels ranged from 1,745.33 to 1,745.40 feet, exceeding the rule curve by up to 0.08 feet (24 mm). The plot below indicates where the green line (Queens Bay gauge) surpasses the red line of the IJC rule curve in early December.

FortisBC initiated a pre-spill at Corra Linn Dam prior to this event, starting November 26th, to manage lake levels in advance of projected high inflows. Additionally, the dam was operated under free fall conditions to release the maximum amount of water possible from the lake throughout the entire period that the lake level exceeded the IJC rule curve.

Despite the multi-day period during which the lake level exceeded the IJC rule curve, FortisBC remained in compliance of the IJC Order since throughout this period Corra Linn dam was releasing the maximum amount of water possible. During this period, the narrow channel constriction at Grohman Narrows was limiting the conveyance of water out of Kootenay Lake, as shown by the purple line in the plot below. 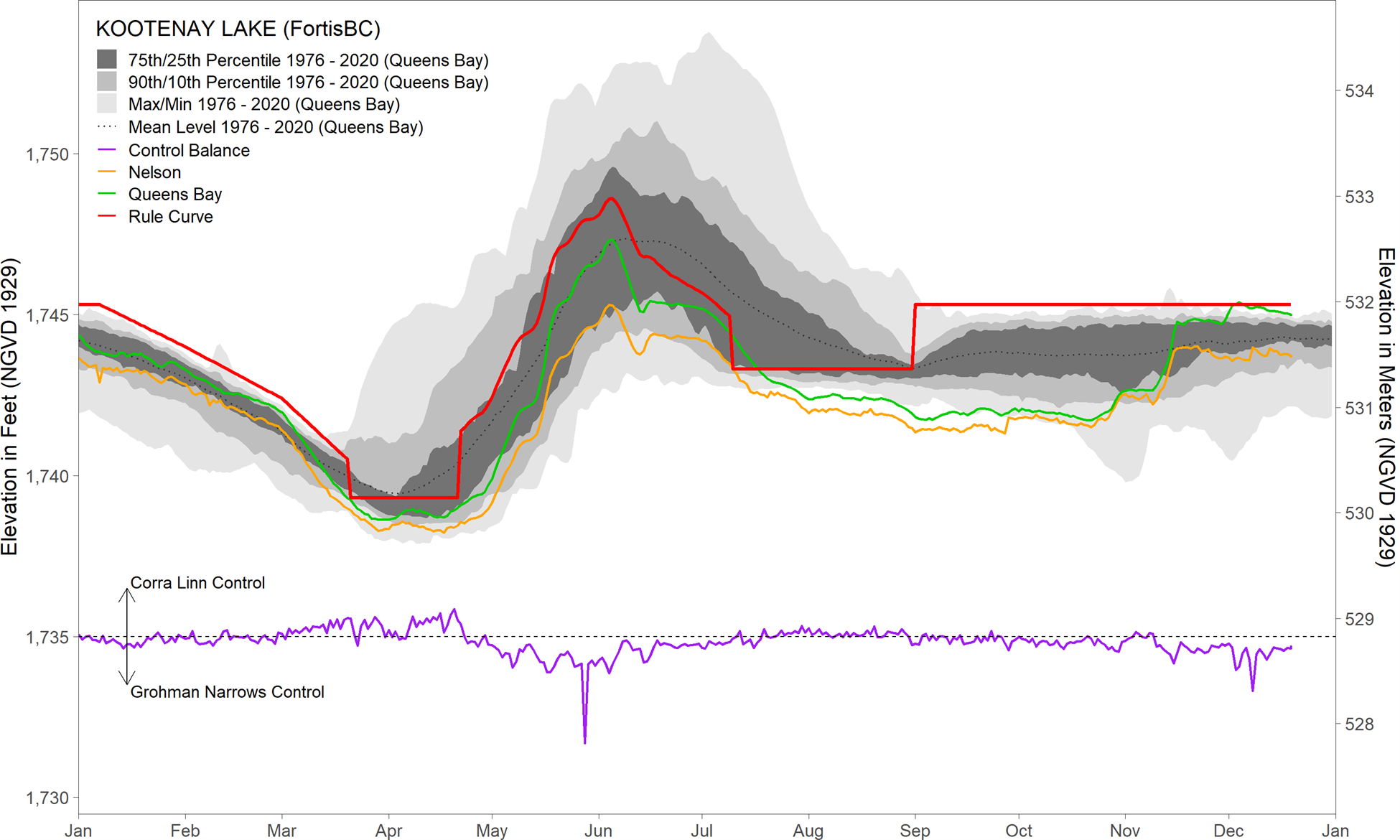