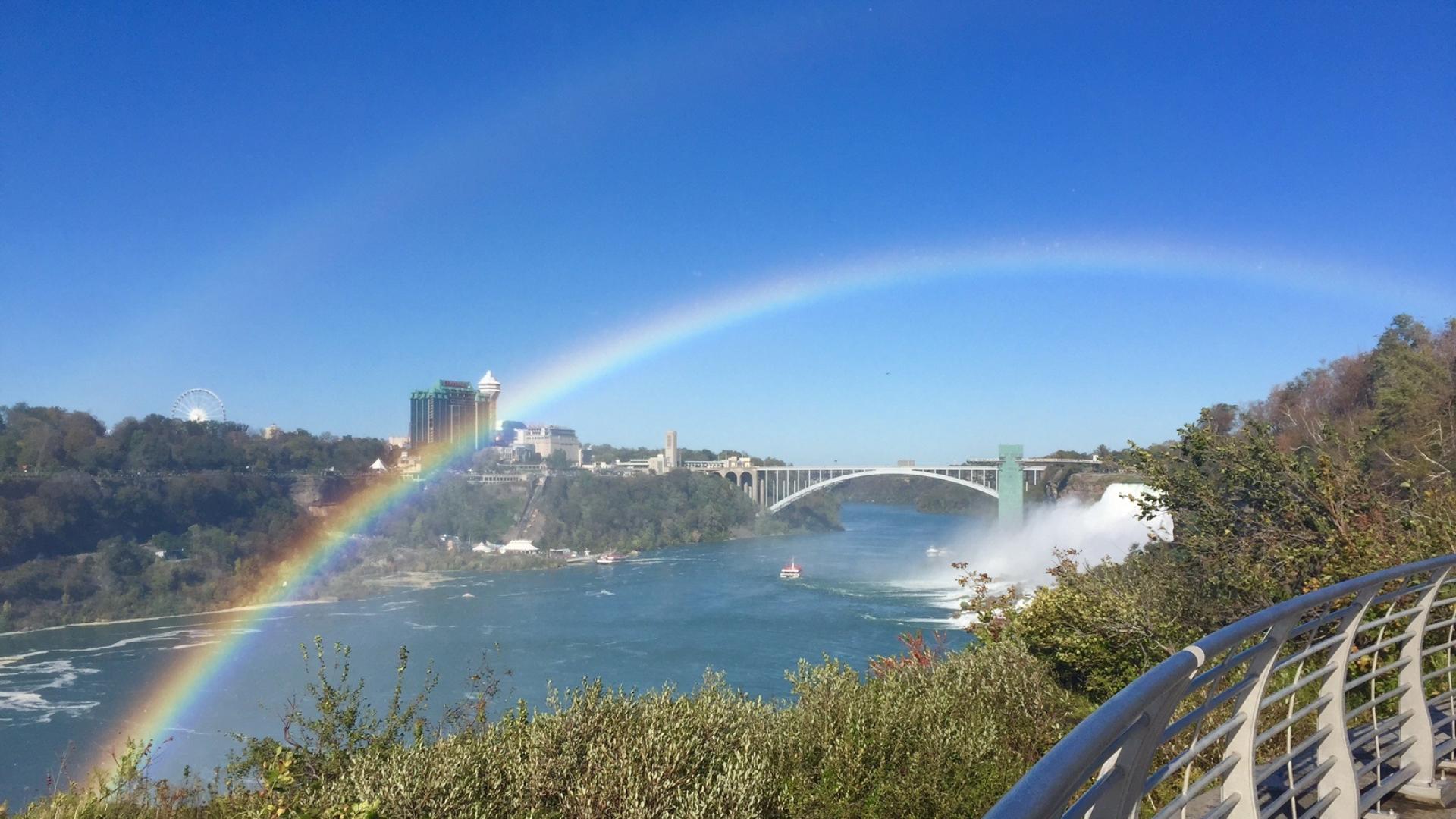 The Healing Our Waters-Great Lakes Coalition (HOW), which includes more than 145 environmental, conservation and outdoor recreation organizations, held its annual Great Lakes Restoration Conference on Oct. 17-19 in Buffalo, New York. More than 300 people attended to learn about the latest issues affecting the lakes and initiatives to address many of these challenges.

Members of the IJC’s Great Lakes Water Quality Board and Great Lakes Adaptive Management Committee, along with IJC staff and US Chair Lana Pollack presented findings in four sessions at the conference. Brief summaries of each workshop follow.

A new plan for managing water levels and flows in Lake Ontario and the St. Lawrence River that took effect in January 2017 was the focus of a breakout session on Tuesday, Oct. 17. Pollack began the session by explaining how Plan 2014 carefully balances the needs of all interests, including shoreline property, recreational boating, hydropower, commercial navigation and the ecosystem.

Plan 2014 reduces damages to shoreline property to nearly the same degree as the old plan while allowing water levels to follow their natural up and down patterns to a greater degree. This will enable the recovery of health and species diversity in 26,000 hectares (64,000 acres) of coastal wetlands and reverse much of the environmental damage caused by the old plan. Plan 2014 also better maintains minimum water levels for navigation, extends the boating season in most years and provides a modest increase in hydropower production.

Unfortunately, three months after the adoption of Plan 2014, record flooding occurred on Lake Ontario and the St. Lawrence River after record rainfall within the Lake Ontario and Ottawa River watersheds. Shoreline homeowners and businesses on the lake and river experienced a great deal of suffering and financial loss. Under the old plan, however, water levels would have been nearly identical because of the immense flooding upstream and downstream of the dam.

Bill Werick, a technical adviser to the IJC, described the 16-year process to develop Plan 2014 to workshop participants – a process that involved stakeholders in shared vision planning. Due to limitations in long-term water supply forecasting and the need to balance the needs of upstream and downstream interests, Werick said that not much more can be done to reduce high water level events. Reducing damages from future floods will require long-term planning and management to make property and infrastructure less vulnerable, and false divisions will need to be put aside for everyone to work together. The IJC can contribute to such discussions by sharing the knowledge gained through extensive study and ongoing analysis.

Understanding issues surrounding crude oil transportation in the Great Lakes-St. Lawrence River region has become a top priority for the Crude Move partnership, a group of organizations that has been advancing the topic through meetings and workshops for the last several years.

The presentations provided background information on how oil moves to and through the Great Lakes and St. Lawrence River region (pipelines transport more than 90 percent of oil, with most of the balance transported by rail). The findings of three previous related workshops held between April 2015 and June 2017 were highlighted. The first workshop explored the broad range of issues involved in crude oil movement, the second identified the elements of a multi-disciplinary research agenda to address benefits and risks associated with crude oil transport, and the third focused on different perspectives of risk and lessons learned from elsewhere in North America.

Priorities that emerged from previous workshops were presented to HOW session participants, who were asked to rank up to six priorities in each of several categories including crude transport, education and outreach, policy coordination, science-based decisions, healthy economy and equitable society. The participants, mostly representing nonprofits and nongovernmental organizations, agreed on several priorities. For example, they agreed that adequate oil transport infrastructure condition assessments are important, that the public should have access to crude oil transport and response plan information, and that economic impacts of future energy scenarios require attention. Many participants also felt that safety considerations are an overall priority to prevent harm to communities and the environment.

The HOW session polling results will be considered by the Crude Move partner organizations as they identify ongoing activities to gain further understanding and dialogue related to crude oil transport.

Under the agreement, the Canadian and US governments are required to present a status of progress every three years, and the IJC is required, among other things, to evaluate that progress and provide recommendations for additional actions to restore and protect the lakes. In this session, Pollack presented an overview of the Commission’s evaluation of the parties’ progress to accomplish the objectives of the 2012 Great Lakes Water Quality Agreement (GLWQA). The Commission’s evaluation is nearing completion and once published will be known as the Commission’s first Triennial Assessment of Progress (TAP) report.

As part of the IJC’s review and evaluation process, it released a draft assessment of progress in January 2017 and held a series of public meetings around the basin to obtain input on its findings and learn from basin residents. Pollack reviewed the findings the IJC presented in its draft report and what it heard from the public in those meetings.

She reported that one of the IJC’s draft findings was that the governments have much to be proud of. They have made considerable progress in setting up a process that brings together 10 separate binational committees representing responsible departments and agencies on a semi-annual basis, based on the GLWQA’s annexes and objectives.

Pollack also noted draft findings that unprecedented progress has been made in Areas of Concern, as well as significant progress on groundwater research, developing a near shore framework, and developing a shorter, smarter list of indicators by which to assess Great Lakes health. Stronger funding in the US through the Great Lakes Restoration Initiative and more recent stronger funding in Canada has combined with focused work in both countries to produce long-awaited progress.

At the same time, the IJC’s draft findings point to areas of weakness in programs to accomplish the GLWQA’s objectives. For example, although protection of human health is a leading objective, beaches are too often unsafe for use, with warnings about biological contamination coming too late to prevent exposure. Drinking water is generally safe but not for everybody and not all the time. Progress to identify and control Chemicals of Mutual Concern has been disappointing, and Lake Erie continues to suffer from extensive harmful algal blooms as a result of excessive inputs of nutrients. While significant progress has been made to control the introduction of new invasive species from ballast water, the IJC found that additional actions are needed to mitigate the damage from the spread of existing invasive species.

The public responded to the IJC’s draft findings at public meetings over this past year and identified more than 70 issues they feel are important to address in the basin. Chair Pollack said each person’s comments were considered as the IJC developed its final report, and all comments will be included in an appendix to the final Triennial Assessment of Progress report.

“We know that while there are no silver bullets and no permanent fixes for healthy lakes,” she said, “we are certain that without the active public engagement which you represent, neither government will be able to muster the political will for the financial support or the protective regulatory measures that are essential to meet the agreement’s ambitious objectives.”

Finally, IJC Great Lakes Water Quality Board members Jane Elder and James Wagar summarized work on climate resilience in the Great Lakes and the Métis Nation’s perspectives and actions to address climate change. Elder outlined board findings and other research that point to changes already occurring to the region’s climate:

The Water Quality Board held an experts workshop to develop recommendations to create resilience to these ecosystem changes. A coordinated, binational vulnerability assessment is needed, Elder said, that will result in a basinwide strategy on an ecosystem scale that is tailored to local conditions. This strategy would include adaption elements, such as changes in watershed planning, urban design and emergency preparedness. At the same time, it also would include how to plan ahead for climate variability and the many impacts climate change will have on natural and engineered environments. While a shared    approach is only at the conceptual stage, the board believes a Great Lakes regional strategy could  serve as a global model to maximize freshwater resilience across regions and borders.

In his presentation, Wagar summarized the history of the Métis Nation and the impacts of climate change on the Métis people’s lifestyles and traditions. In December 2016, the Métis Nation reached an agreement with Canada to work together to develop a framework for action on climate change that protects the nation’s traditional lands and ensures the well-being of their way of life.

Participants in the session provided feedback on the presentations and their own perspectives of how best to advance binational cooperation on climate resilience in the Great Lakes, including more interaction and sharing of local strategies, leveraging the North American Free Trade Agreement (NAFTA) to include resilience for the Great Lakes, creating a more formal community on climate challenges, greater local resilience planning, and watershed-to-watershed networks to identify and share adaptation and resilience strategies.

The next Great Lakes Restoration Conference is planned for Oct. 16-18, 2018, in Detroit, Michigan. 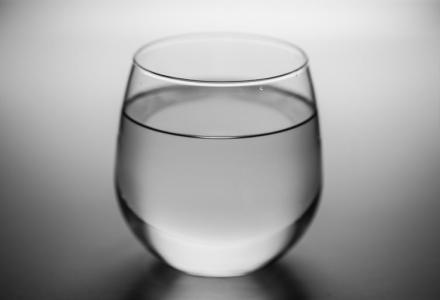 Sign In and Sound Off: Great Lakes Questions Need Answers