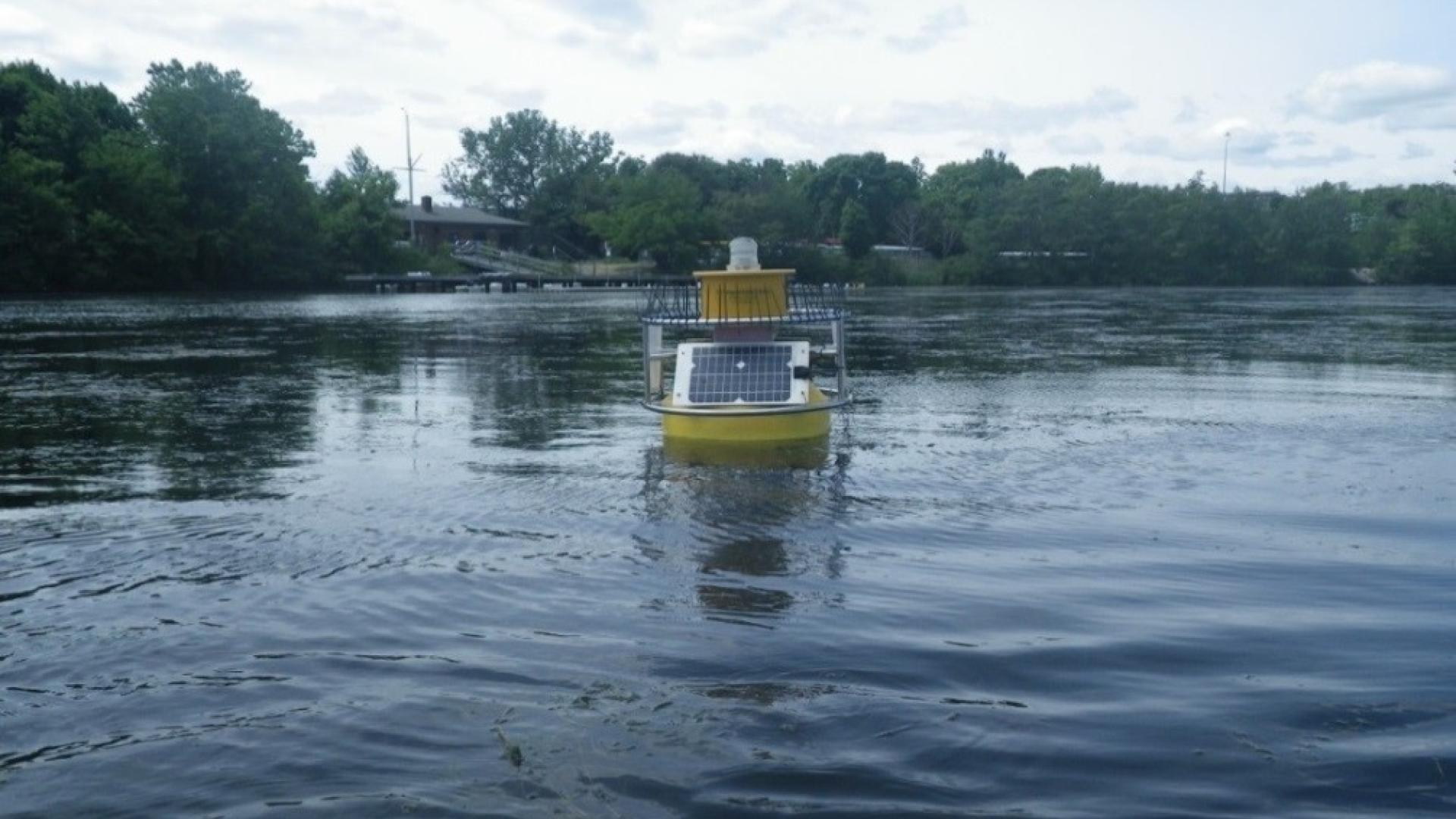 Imagine waking up one morning to hear news that your city is under a “do not drink” advisory, or receiving a text from your local government to remain indoors because of a toxic release at the local chemical plant. What would you do; how would you feel?

Unfortunately, the above scenarios aren’t fiction; they already occur. Great Lakes beaches get closed, drinking water advisories are issued and some fish are unsafe to eat. One of the starkest examples of this occurred in 2014, when Toledo, Ohio, a city of nearly 300,000 people, and many of its suburbs were under a “do not drink” advisory for three days due to high microcystin levels in western Lake Erie as a result of extensive harmful algal blooms. This emergency impacted nearly 500,000 people. Serious water quality events also occurred in Walkerton, Ontario, where seven people died and 2,300 fell ill in 2000 due to high levels of E.coli bacteria in their water supply. Similar dangerous scenarios occur basinwide in rural and urban communities. Many First Nations communities in Canada are plagued with boil water advisories.

It’s no secret the Great Lakes have been severely impacted by human development. However, more than 35 million citizens in the US and Canada rely on the lakes for drinking water, food and recreation. The importance of protecting human health from preventable hazards cannot be overlooked.

The 2012 Great Lakes Water Quality Agreement highlights the importance of maintaining the quality of human health in the Great Lakes basin. But the Agreement doesn’t have dedicated human health annexes addressing activities associated with the objectives of drinkable, swimmable and fishable waters. The IJC believes there should be a greater focus on protecting human health through these objectives.

The IJC’s first Triennial Assessment of Progress (TAP) report states, “The IJC has consistently expressed concern about the need to increase attention to the human health implications of the quality of Great Lakes waters. One of the most vital concerns of the public is the safety or risk to human health or exposure to Great Lakes contaminants through fish consumption, drinking water and swimming.”

Year-after-year, water quality issues continue to affect millions of Great Lakes citizens. For example, the third-largest algal bloom occurred in Lake Erie in 2017. While this didn’t result in the drinking water advisories witnessed in 2014, city drinking water supplies were still impacted. When the algal blooms die and decompose they create dead zones of low oxygen, causing the water to emit a noxious odor and  kill fish. Toledo’s municipal drinking water system, for example, has used multiple preventative measures  including treating the water at the intake with potassium permanganate to oxidize algae and ensure drinking water quality.

To reduce human health risks from drinking water contamination, the TAP report recommends that both governments protect source water supplies for drinking water, rather than simply treating the water after it is withdrawn. Source water is a supply of water eventually used to withdraw drinking water. Ontario measures data at source water locations and reports if they meet Ontario Drinking Water Quality Standards at more than 450 drinking water systems in Ontario. However, the US does not have a similar program to track and monitor source water.

Another threat to water quality and human health occurs from effects of Combined Sewer Overflows (CSOs). CSOs have major health and economic impacts, resulting in increased treatment costs to drinking water supplies and beach closures in order to protect humans from dangerous pathogens. The IJC recommends zero discharge of inadequately treated or untreated sewage into the Great Lakes and its connecting waters.

The Great Lakes also are a source of food and recreation for millions of anglers. But, every Great Lake has some type of fish consumption advisory. Harmful substances like mercury, dioxins and polychlorinated biphenyls (PCBs) have entered the lakes for decades, where they persist and contaminate species throughout the food web. Better communication of fish consumptions advisories is needed throughout the Great Lakes, particularly for populations who eat a lot of Great Lakes fish or those who are at greater risk, such as women of child-bearing age or young children. Major communication discrepancies need to be addressed. A 2005 study found that Caucasian residents were six times more likely to be aware of state fish consumption advisories compared to their African American neighbors. The IJC concludes in its TAP report:  “An understanding of knowledge gaps in advisories along with message refinement and alternative outreach efforts are needed to increase compliance with fish consumption guidelines, particularly among subpopulations.”

The Great Lakes have 10,900 miles (17,549 km) of coastline. Recreation is a vital part of the region’s culture and economy. Visitors who frequent beaches for swimming and boating contribute to local communities by purchasing goods and services. If beaches are closed due to pollution, local businesses are the first to feel the impacts. The opportunity to enjoy the lakes is a key element of the quality of life for residents throughout the region.

An Agreement objective states that the Great Lakes “should allow for swimming and other recreational use, unrestricted by environmental quality concerns,” yet studies show adverse health effects associated with recreation in Great Lakes waters polluted by human and animal waste. The IJC found in its TAP report that Great Lakes beaches are open 96 percent of the season in the United States and 78 percent of the season in Canada. But inconsistent monitoring of beaches for their safety, as well as posting warnings or closings, is endangering human health in some areas.

Extreme weather conditions and climate change also exacerbate the impacts of pollution on Great Lakes beaches. According to Martin Denecke, director of Youth Recreation and Senior Services for Hamburg, New York, beaches have been closed frequently for swimming, “The creeks that run in to the lake are flowing faster, some of the creeks are polluted so those pollutants get into the water and that affects the quality of the water,” Denecke told a local TV station.

The discharge of industrial chemicals also threatens public health and the tourism economy. In April 2017, a steel plant near the Indiana Dune National Lakeshore caused several beach closures after 346 pounds of chromium spilled into Lake Michigan. Beaches near the plant, including those in the town of Ogden Dunes and the Indiana Dunes National Lakeshore, were closed for almost a week.

While the IJC does not include specific recommendations in the TAP report about safe swimming, it concludes that “governments at all levels must strive to further improve safety and beach health” by standardizing monitoring and adopting consistent indicators of beach health that will “improve reporting, protect beaches, and increase public safety when using Great Lakes beaches.”

Finally, the IJC also finds in its TAP report that improving reporting on domestic and binational actions related to drinking water, recreation and fish consumption objectives by both countries would promote better analysis of the progress toward achieving the related Agreement objectives.

For example, an improved and more comprehensive collection of health data could be assembled around watersheds or ecosystems, rather than political boundaries. By using a broader, more inclusive approach, this method would support a more thorough analysis of the connections between water quality and human health, and be more likely to prompt appropriate action. By creating easily accessible visual products which show the scale and distribution of impacts, such as beach closings, the public  could be better informed and thus more likely to follow warning and closure guidelines.