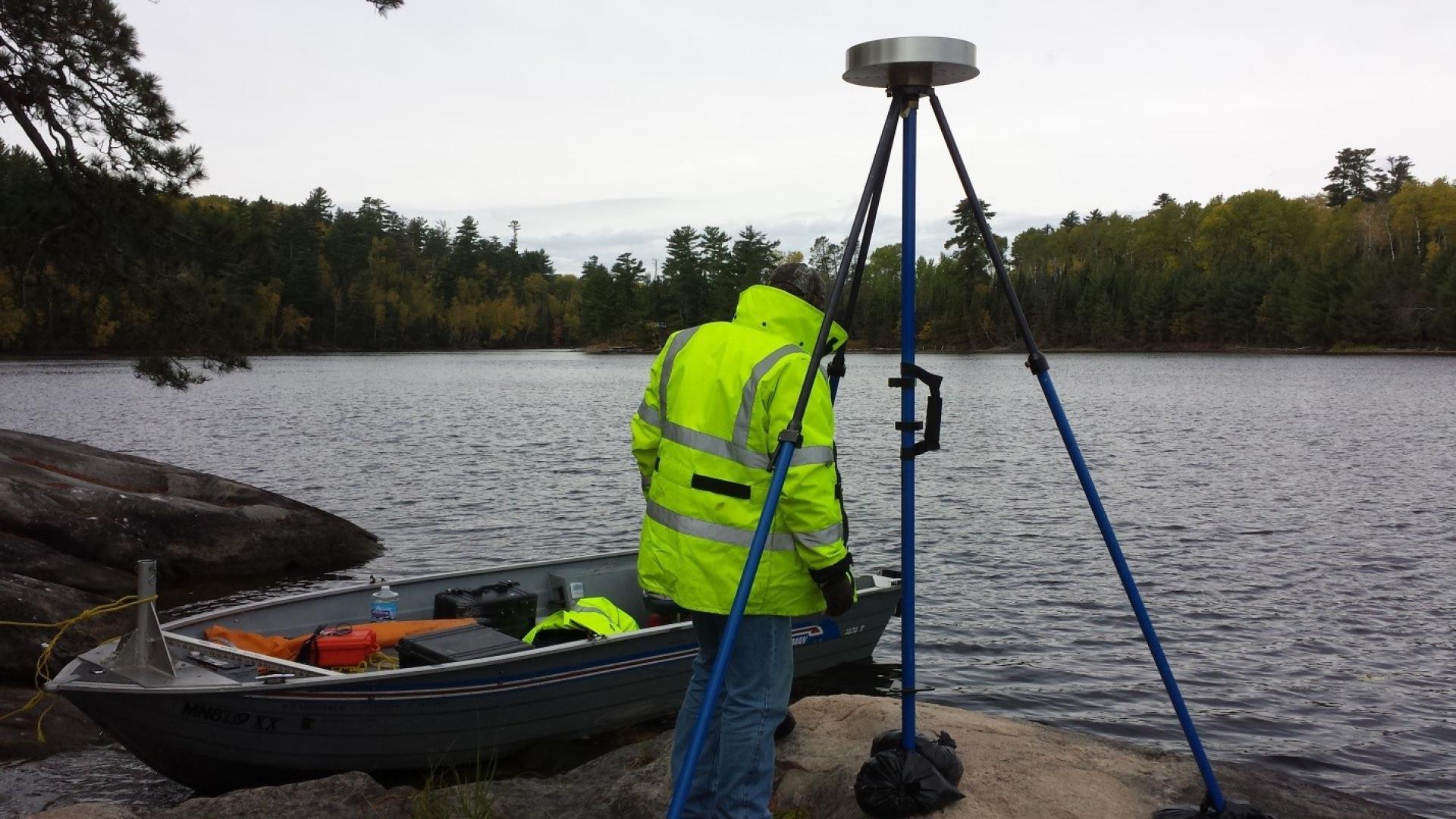 The Rainy-Namakan Lakes water system has seen its water levels controlled by dams since the early 20th century, and measuring water elevation has been tricky. But a recent study harmonizing all data points has come up with a benchmark for all gauges.

Before the study, gauges could be off by hundreds of feet from each other, according to Natural Resources Canada Geodetic Engineer Jason Silliker. Now that has shrunk to about an inch (2.5 centimeters), Silliker said.

This should help the IJC and dam operators make appropriate decisions for following water level rule curves. This in turn can help make sure waterfront communities don’t face extremely low levels or avoidable floods. Rule curves are designed to provide water-level targets that balance the needs of the recreational industry, waterfront property owners, the environment, dam operators, and flood control.

System gauges have for decades been located on the Rainy, Turtle, Seine and Vermilion Rivers, as well as Rainy Lake and the five Namakan Reservoir lakes: Crane, Little Vermilion, Sand Point, Kabetogama and Namakan. Eleven of the gauges from the study are still being used with the updated elevations by USGS, ECCC and the US Army Corps of Engineers (USACE), while the remaining five gauges were previously discontinued after being operated for specific, short-term studies.

For residents, this isn’t an esoteric exercise. Dam operators at the outlet of Rainy and Namakan Lakes are required to try and maintain specific water levels throughout the year, within rule curves.

Having accurate water level data is vital to regulating water levels when there is a lot of water flowing into the system and for evaluating the effectiveness of the rule curves. Scientists who model the Rainy-Namakan system to figure out rule curve effects on plants and animals, damages due to flooding and economic impacts of water levels for resort owners  need reliable water level data to make their models accurate.

Water level data collected are publicly available on the ECCC, USGS, and USACE websites, and will be used for  ECCC and USGS water surveys as well as IJC studies.

The study is one of 21 funded by the IJC to evaluate the effectiveness of the current rule curves implemented in 2000. The International Rainy and Namakan Lakes Rule Curve Study Board is working to find out if the current rule curves should be adjusted, employing the results of these studies and others in the rule curve evaluation, with any recommendations coming in 2017.