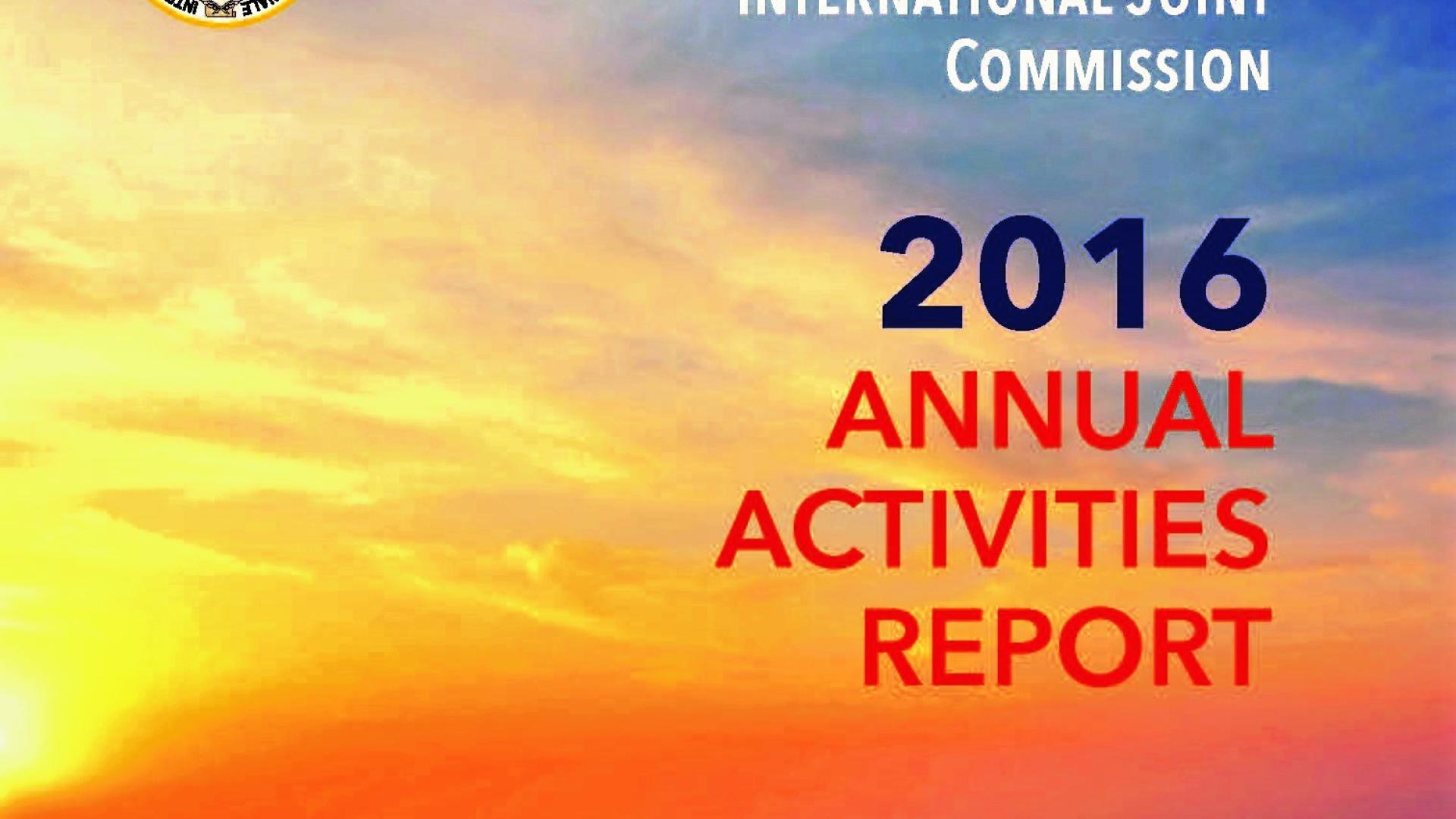 Thanks to trends showing changing precipitation patterns, rising temperatures and droughts in regions across the Canada-US border, the IJC spent 2016 working on new policies and recommendations to help governments adapt and prepare for the future, according to a newly released Annual Activities Report.

Water management work was ongoing in the Rainy River basin last year, where the International Rainy and Namakan Lakes Rule Curve Study Board continued to look at how rule curves used since 2000 have performed, and if they might need to be amended. Rule curves are regulatory guidelines water managers follow to keep water levels within a range for a given time of the year. When the 2000 curves were agreed upon, there was a commitment that the IJC would evaluate them 15 years later.

So far, the rule curves are doing exactly what was expected. Namakan Lake is getting ample water earlier, benefitting the ecosystem and local businesses. The IJC held public meetings in the region in the summer of 2016 to gather local input, and alongside its own studies, the study board proposed a few options for recommendations to the governments. Another round of public hearings is scheduled for Aug. 16-18, along with online public comment until Sept. 1, before the Commission makes its final decisions. The Rainy-Lake of the Woods Watershed Board also released a water quality report that found nutrient levels in the water and sediment, notably phosphorus, have exceeded IJC alert levels.

The IJC also spent time in 2016 dealing with the aftermath of a wet 2011 across the transboundary region. In the Lake Champlain-Richelieu River basin, the IJC received approval to form a study board to look at ways to mitigate flooding issues, with a 2021 deadline for recommendations. Following flooding in 2011, the board will look at causes, potential control measures, and possible system impacts. It’s an expansion on work done in 2015 that provided preliminary flood forecasting tools to help decision makers plan and prepare for future flood events in the region. That board held its first meeting in mid-January.

In the Souris River basin, a board had been working on an adaptive management plan in case of major flooding akin to what happened there in 2011, though 2016 was a dry year in the area. It’s not the only place looking to adapt and prepare for future weather events, however. The IJC established a Climate Change Framework Working Group in June, seeking to help boards prepare for changes in precipitation, temperature and climate based on local needs and mandates. This has included developing better information-sharing methods and determining what board responsibilities will be most heavily impacted by climate change. Work on this project is ongoing. Even when a framework is established, boards will periodically review expected impacts to update their adaptive management plans.

One of the IJC’s biggest new initiatives continues to impact the lower Great Lakes. The Canadian and US federal governments agreed in 2016 to a new regulation plan for Lake Ontario and the St. Lawrence River, known as Plan 2014. The plan was signed in December and took effect in 2017. It modifies water outflows from Lake Ontario to improve ecological and recreational conditions along the lake and the river – restoring about 26,000 hectares (64,000 acres) of wetlands in the process. Additional flooding risks were negligible compared to the previous plan, 1958DD, though heavy rains and unsuitable freeze-thaw cycles for ice put Plan 2014 off to a bumpy start in the spring of 2017 as Lake Ontario saw record high water levels. While the ensuing floods along the shores of Lake Ontario and up to Montreal would have happened even under the old regulation plan, some residents and politicians blamed Plan 2014.

Also in the Great Lakes region, a workshop on microplastics pollution was held in Windsor, Ontario, in April 2016 to gather input from scientists and community members. Recommendations were finalized by Commissioners in early 2017.

Within the IJC, US Commissioner Dereth Glance resigned in September to take a new job in New York as executive director of the Onondaga County Resource Recovery Agency. During her five-year tenure at IJC, Glance pushed to address water quality and quantity as a unified management issue and advocated for continued data harmonization efforts between Canadian and US agencies, noting that the watersheds must be managed holistically and that managers needed the best information possible.

The Impact of Snowpack is Felt Throughout the Year