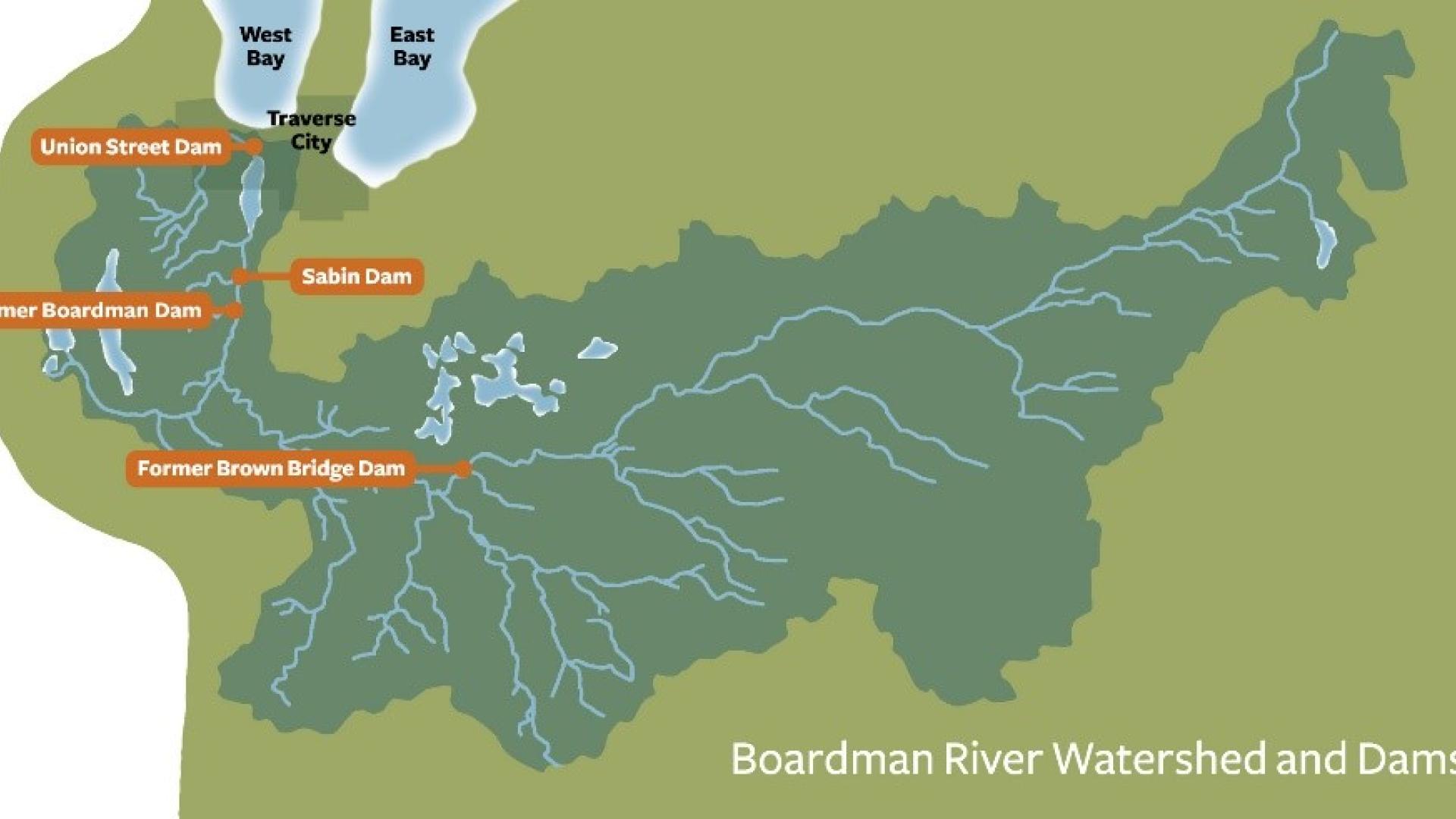 Flowing through the heart of Traverse City, Michigan—a popular destination in the Great Lakes region—is the Boardman (Ottaway) River. Formerly used to generate hydropower, the 28.6 miles of the Boardman River were fragmented by four dams: Brown Bridge, Boardman, Sabin and Union Street.

For nearly 15 years, the Boardman River Dams Ecosystem Restoration Program has sought to remove the aging dams and reconnect more than 160 miles of free flowing water through the river and its tributaries. To date, the Brown Bridge and Boardman Dams have been removed and the Sabin Dam is on its way out.

As attention turned to the fourth and final barrier, the Union Street Dam, the discussion about how to proceed became more challenging. The Union Street Dam is the terminal barrier to Lake Michigan, meaning that while it does block desirable species from moving upstream into riverine habitat, it also prevents harmful species, such as sea lampreys, from infesting the river.

Improving connectivity throughout a watershed without compromising the ecosystem by allowing aquatic invasive species to enter and spread through the system is one of the greatest challenges facing fishery managers today. The Great Lakes Fishery Commission, working with myriad partners, aims to develop a bidirectional, selective fish sorting system, called FishPass, to solve this problem.

FishPass, which is to be situated in downtown Traverse City, is the capstone portion of the Boardman River transformation. FishPass is an innovative project to enhance fish passage and connectivity between the Boardman River and Lake Michigan while removing invasive or non-desirable fishes through controlled sorting.

The project will replace the deteriorating Union Street Dam, located 1.5 miles from Lake Michigan, with an improved barrier featuring an in-stream fish-sorting channel on the north bank to allow for research on integrating a suite of technologies and techniques for selective fish passage and invasive species control. On the south bank, a nature-like river channel will allow for recreational activities such as wading, kayak portaging and fishing.

For the next decade, FishPass will be operated as a living laboratory where scientists from all over the world can evaluate different technologies such as water velocity barriers, light guidance, video shape recognition and eel ladder style traps to sort different species of fish and effectively pass or remove animals.

In addition to providing state-of-the-art research opportunities, the site will afford a major opportunity to educate schoolkids, university students, researchers and tourists about the Boardman River, the Great Lakes and environmental restoration. Current plans to enhance the site’s educational and outreach potential include: construction of a research facility/visitors center with public restrooms; placement of in-stream viewing monitors and camera systems to provide a fish-eye view of animals in the river and passing through the channels; development of a digital app that will provide a self-guided eco-interpretive tour of the fish passage facility; and use of interpretive signage.

Once optimized (which shouldn’t take more than 10 years), the system will be converted to a permanent fish passageway for the long-term and purposed to pass desirable fishes and remove undesirable fishes. During the research phase and long-term operation, the Michigan Department of Natural Resources will determine, through public consultation, which species will be allowed to pass and which species should be blocked.

Lessons learned from the experimental phase can be applied to similar rivers in the Great Lakes basin and worldwide and customized to create selective fish passage at new sites. FishPass could have regional, national and global implications. It is a true legacy project in every sense and will benefit the current generation and generations that follow.