The Erie Canal is a Battleground Against Invasive Hydrilla 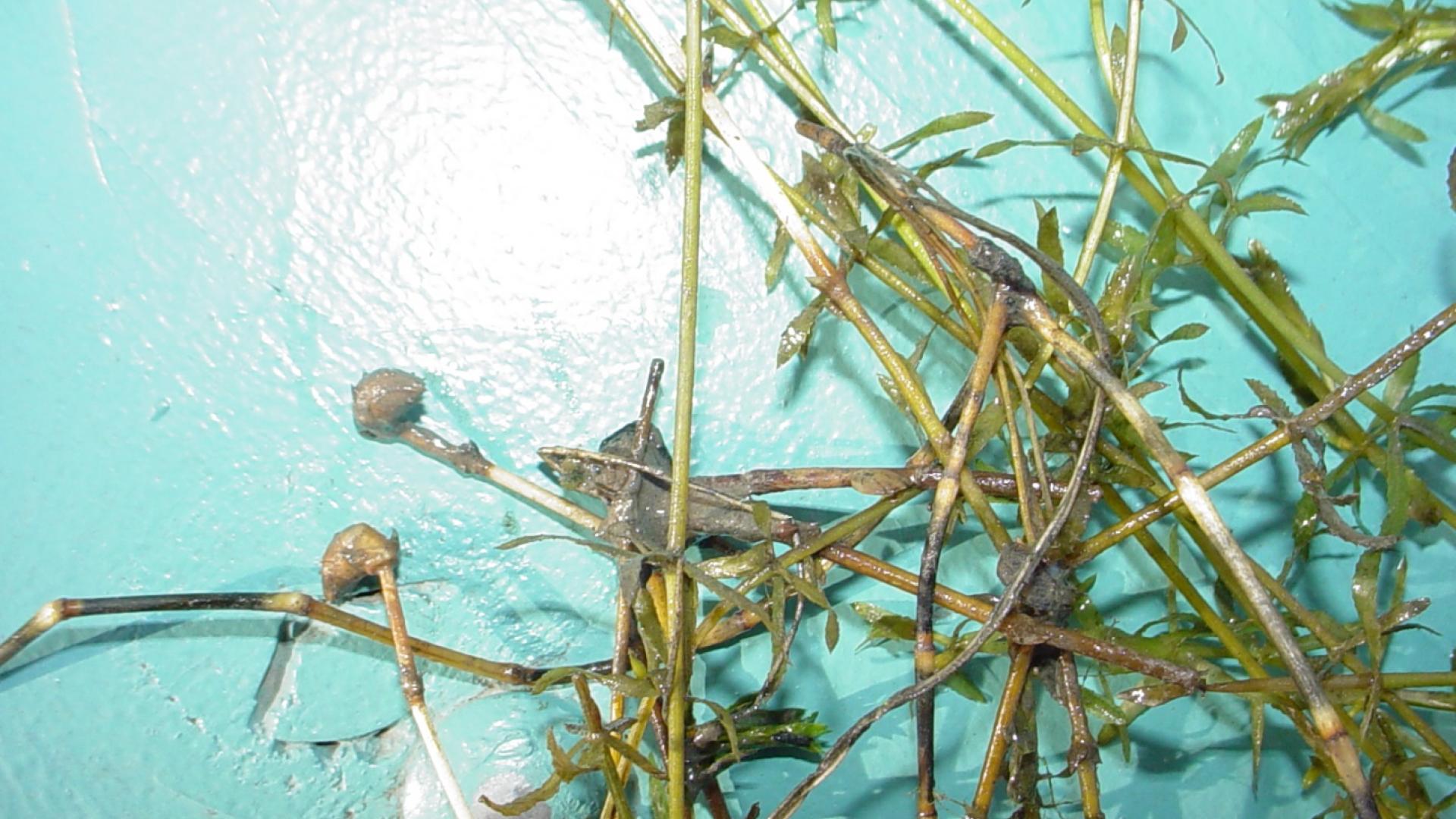 Hydrilla is an aggressive, opportunistic, aquatic nuisance plant species that has spread from its native Asia to every continent except Antarctica. It has been recognized as a serious aquatic invasive species threat in the United States for several decades.

The U.S. Army Corps of Engineers (USACE), Buffalo District, in cooperation with the U.S. Army Engineer Research and Development Center (ERDC), is serving as the lead agency for an eradication demonstration project for control of the invasive plant in the Erie Canal and Tonawanda Creek. Eradication is particularly important given the economic and ecological value of the waterway and risk of spread to multiple water bodies throughout New York and the Great Lakes. 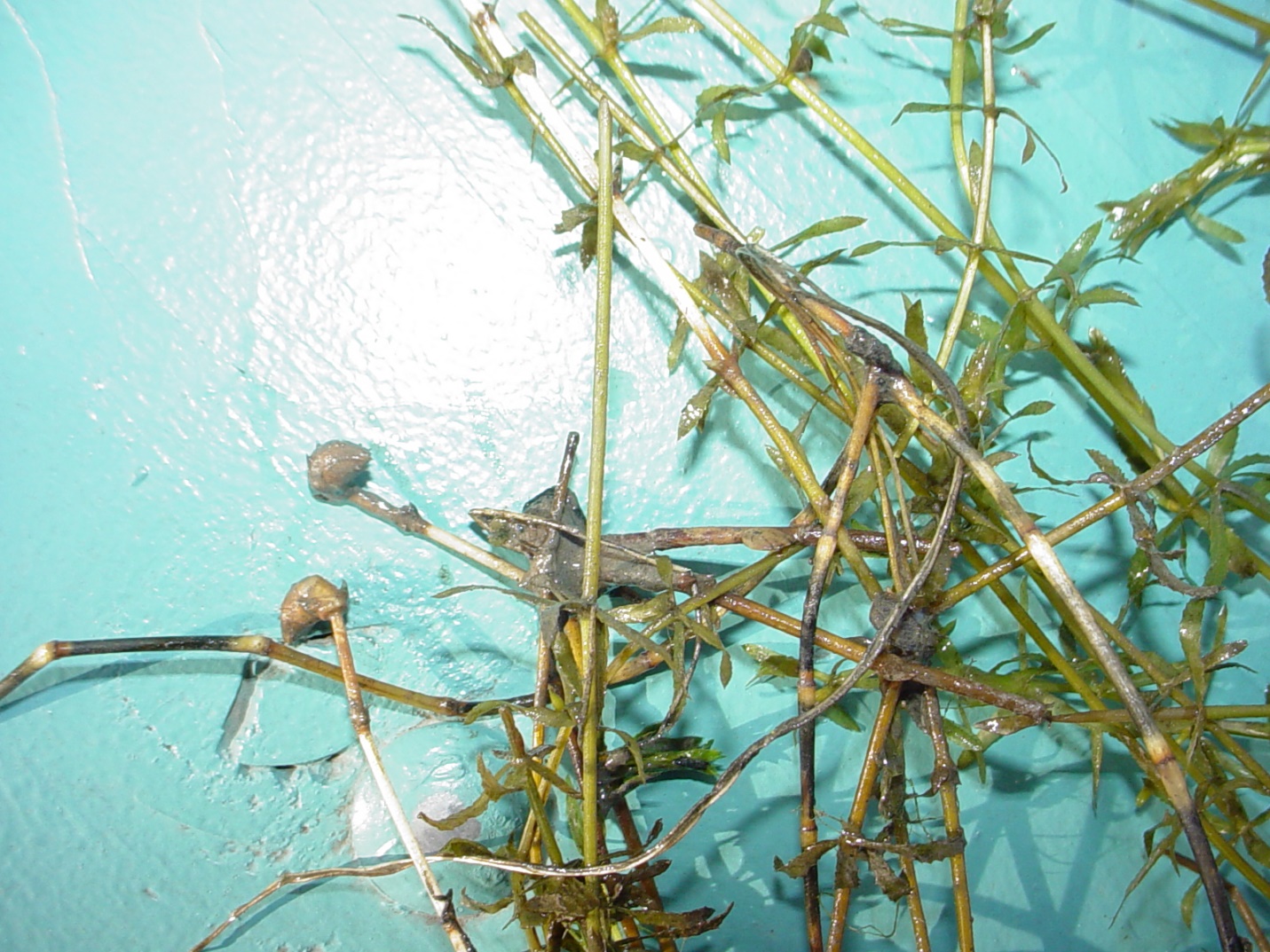 The dioecious type is generally found in warmer climates, while the monoecious form is generally found in more temperate climates with lower temperatures and shorter growing seasons. Both forms have been shown to harm the ecosystem by forming dense surface canopies that can reduce light and shade out ecologically important native submersed plants such as pondweeds, eelgrass, and coontail.

Hydrilla’s thick mats can alter water chemistry and oxygen levels as well as foraging and spawning habitat for some fish species. Hydrilla can interfere with multiple recreational uses of a waterbody. It typically forms the densest patches in shallow high-visibility areas near recreational sites and along waterfront property.

“What makes hydrilla somewhat unique as a submersed invasive plant is the ability to cover large contiguous areas that can sometimes be measured in the thousands of acres,” said Mike Netherland, research biologist with ERDC.

“Hydrilla propagates from fragments, turions (green, compact dormant buds), tubers (white or yellow, potato-like structures that form underground at the root), and rootcrowns (part of the root where the stem emerges), and has low light and carbon dioxide compensation points that allow it to grow very rapidly under warming conditions.

“Once hydrilla is established, it can form tubers that can persist for multiple years and this makes management of hydrilla much more difficult than the well-known invasive plant Eurasian watermilfoil.”

It is unclear how hydrilla was introduced into the U.S. Some evidence points to the spread starting in Florida in the 1950s, when the plant was used to decorate aquariums. Aquariums were then dumped and the plant was released into the open waters. Hydrilla can now be found from coast-to-coast.

Multiple eradication programs are being implemented in other areas of the U.S. Aquathol, a U.S. Environmental Protection Agency registered herbicide, will be used during the latest USACE/ERDC demonstration project, planned for late July.

According to the Ontario Ministry of Natural Resources/Ontario Federation of Anglers and Hunters Invading Species Awareness Program, hydrilla has not been detected in Canada. But it clearly is of concern, as it has been found in neighboring U.S. states.

“The hydrilla control project will be focusing on eradicating hydrilla in Tonawanda Creek and Erie Canal, in the hope of preventing the spread of hydrilla into the Great Lakes and surrounding region,” said Mike Greer, USACE project manager. “During this demonstration project we will be developing information on the concentration and exposure time requirements for Aquathol on hydrilla, information that we can then apply to other control projects.” 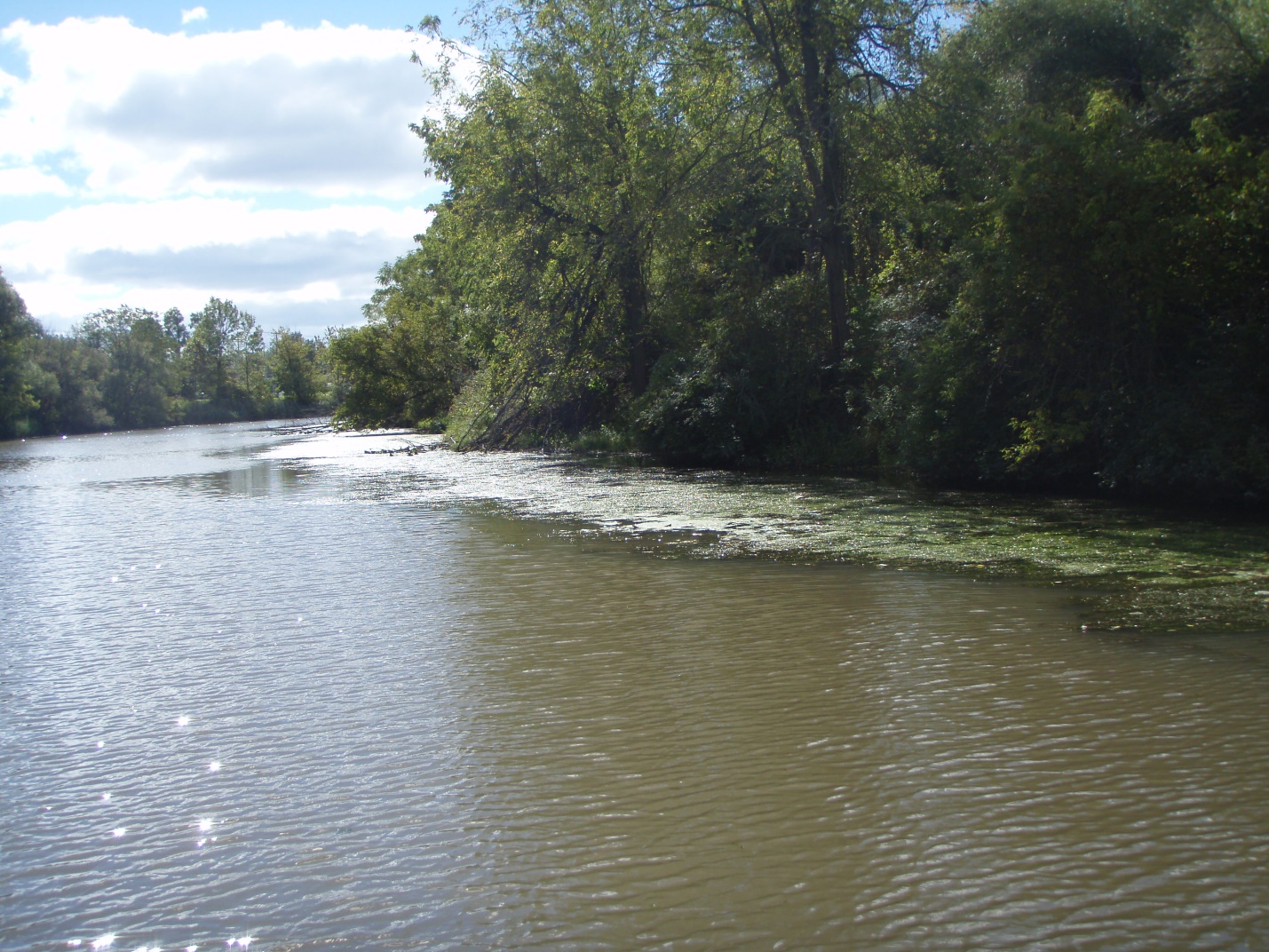 Dense hydrilla beds that have formed adjacent to the banks of the Erie Canal, September 2013. Image Credit: USACE.

Hydrilla is found in scattered small beds along approximately 15 miles of the Erie Canal. The USACE team will demonstrate the effectiveness of a single, well-timed Aquathol application that will target the plant at the weakest point in its life cycle, after tubers have sprouted but prior to the formation of new tubers.

The objective for the first year is to reduce the hydrilla biomass by at least 95 percent and the number of tubers by at least 85 percent. These target values are based on results from a similar hydrilla eradication project on the Cayuga Lake inlet in central New York.

“The herbicide Aquathol will be applied at the lower range of label recommendation, and there won’t be any restrictions on swimming, fishing, or irrigating,” Greer said. “The USACE/ERDC team will work with the New York State Canal Corp. to significantly reduce the flow of Erie Canal for 48 hours, while an application team spreads about 1,850 gallons of Aquathol to seven miles of the westernmost portion of the canal via boat. The treatment, likely to start in late July 2014, will have to continue for several years at specific key times as the Army Corps of Engineers fights to keep hydrilla from spreading.”

Focused spraying of hydrilla is easy at first because the plant, once the tubers sprout, is visible from the surface of the water. In years after the first applications, plant density will be greatly reduced and that can lead to questions regarding the necessity of further applications. In the case of hydrilla, an eradication strategy requires continued diligence. One of the key benefits of the first year of application is the significant reduction in the threat of further spread from the canal. 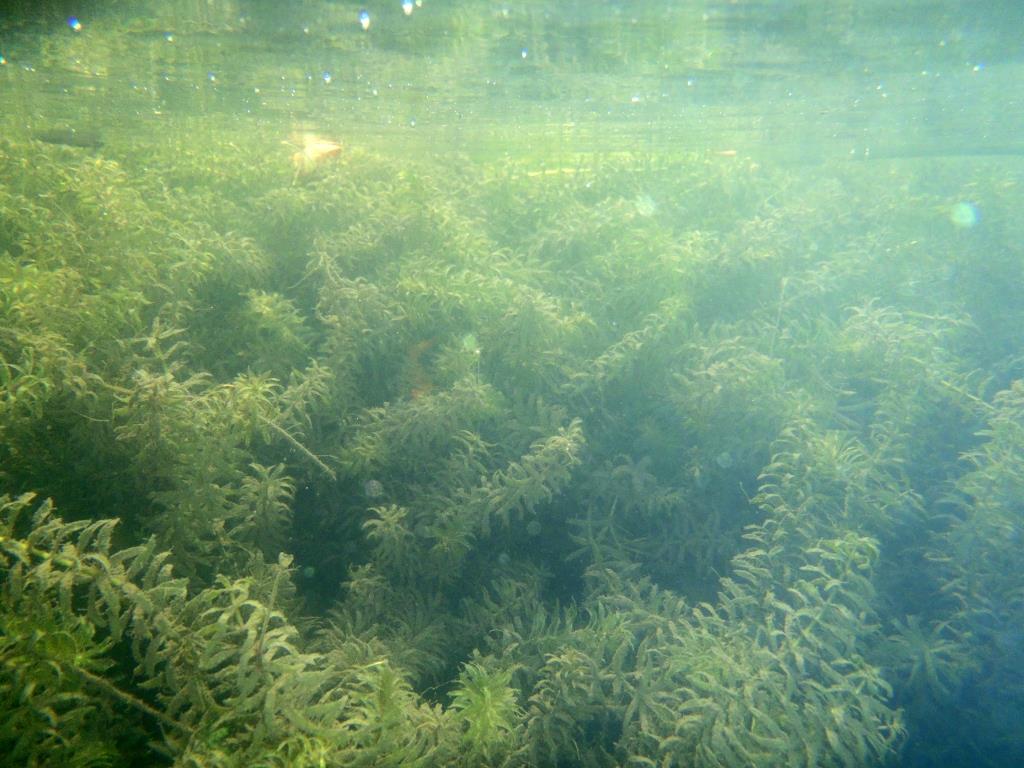 “One thing essential in the control of invasive species, namely hydrilla, is education,” Netherland said. “Boaters need to know that they can transport this species to other water by not cleaning their trailer after pulling their boat out. The general public needs to understand that we cannot just pull this plant out. That could actually stimulate the spread of hydrilla.”