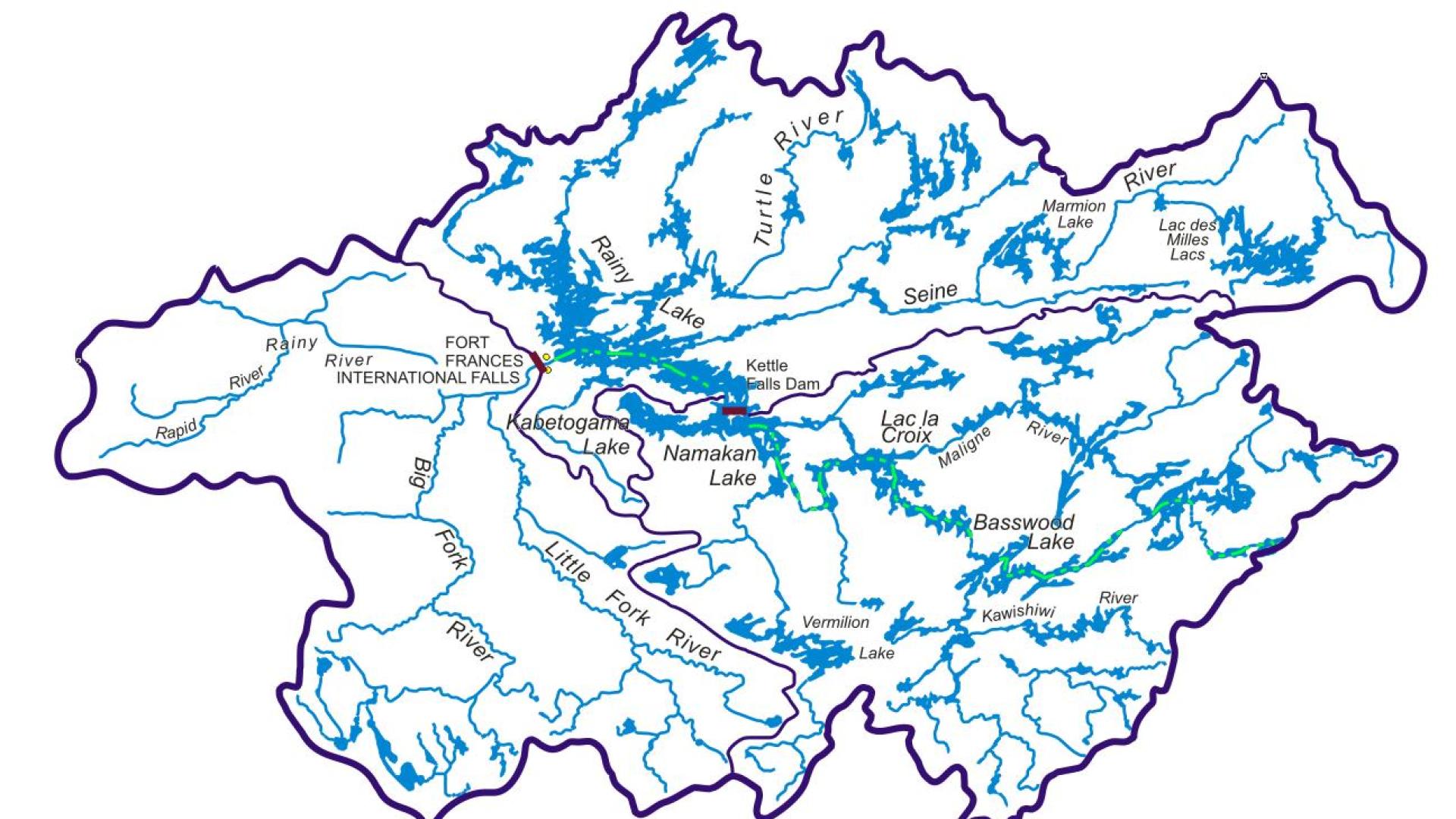 How do you evaluate a rule curve? What exactly is a rule curve, anyway? You can read on for more about the latest work of the Rainy and Namakan Lakes Rule Curves Study Board. Public comments are being taken until March 21 on a draft strategy from the Board that may affect water levels in the basin for years to come.

The water levels of Rainy Lake and the Namakan chain of lakes, in an area bounded by Ontario and Minnesota, are regulated within upper and lower limits set by the IJC. These limits are known as a rule curve. The rule curve is designed to maintain sufficient water levels for a wide variety of uses and interests.

The existing rule curve was set in 2000. Back then, the IJC committed to reviewing the upper and lower limits in 15 years. The Study Board was appointed in August 2015. A Public Advisory Group working with the Board is made up of 28 members from Canada and the U.S., including people who come from lake property associations, First Nations and tribes, local government, and environmental and conservation organizations.

Right now, the Board is working to provide the IJC with scientifically supported recommendations for the modification or retention of the 2000 Rainy and Namakan Lakes rule curves. Board members are considering extensive research that has been done over the years on hydrologic, hydraulic, cultural, economic and environmental risk factors.

If this sounds like a tall order, you’re right. But the Study Board has recently put together a plan, in draft form, that lays out the proposed methodology for conducting the evaluation.

The draft strategy was developed from a variety of sources, including input from stakeholder meetings in 2015. We also want the public to weigh in.

What sort of input is needed? Some suggestions: Are there any additional historical data or studies that may be useful in crafting this strategy? Are there any future plans or activities in the area that could be affected by water levels and should be considered?

Comments on the draft strategy can be submitted online or via email to saundersk@ottawa.ijc.org.

Water Levels and Flows
Rainy-Lake of the Woods Watershed Board