Draft Changes on the Rainy and Namakan Lakes Rule Curves

The comment period closed on Friday, September 1, 2017. Thank you for your comments. Comments have been compiled and are available on this page. 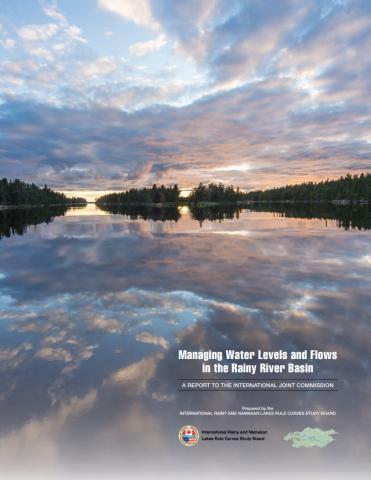 On June 30th, 2017, the International Rainy and Namakan Lakes Rule Curves Study Board submitted its final report entitled Managing Water Levels and Flows in the Rainy River Basin to the International Joint Commission.

The Commission established the Study Board in the summer of 2015 and charged it "to evaluate options for regulating levels and flows in the Rainy-Namakan Lakes system in order to benefit affected interests and the system as a whole in a manner that conforms to the requirements of the Treaty". The Study Board’s findings and recommendations reflect the input of those who provided feedback during the study, and they are built upon careful consideration of the many supporting scientific studies sponsored by the IJC and resource agencies in both countries.

The International Joint Commission welcomed submissions on its draft changes relating to the Rainy and Namakan Lakes Rule Curves until the public comment period closed on September 1, 2017.