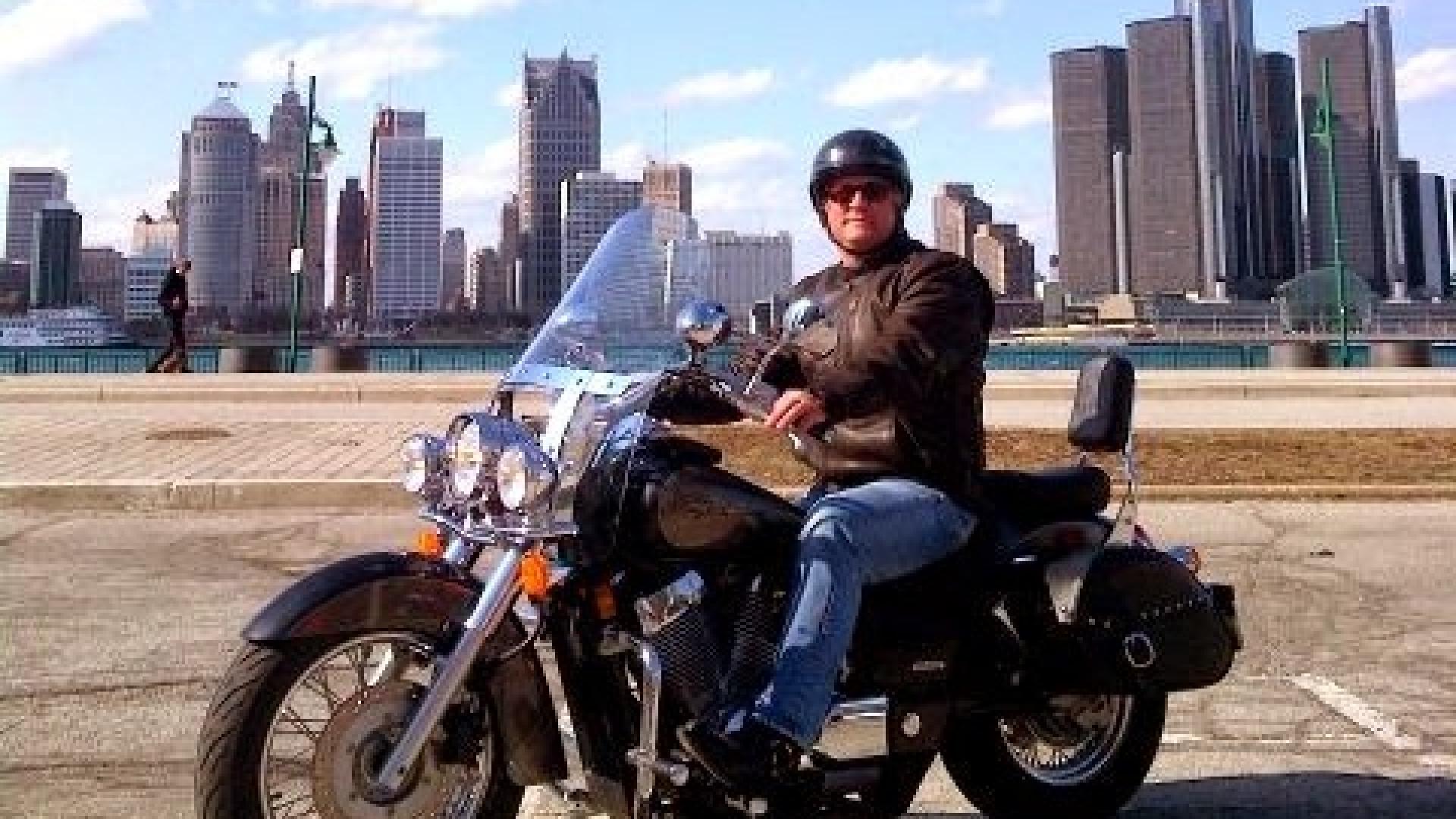 The last time staff at the IJC’s Windsor, Ontario, office saw Stephen Locke, he was roaring off on a motorcycle toward a new assignment at the North Pole, or somewhere near it.

The Nova Scotian launched a cross-country adventure on his Honda Shadow on May 28 after completing a one-year stint as interim director of the IJC’s Great Lakes Regional Office (GLRO). He completed the remainder of Canada’s four-year term. Locke started his IJC assignment in June 2013, on leave from Natural Resources Canada (NRCan) where he is the director of the Geological Survey of Canada, Atlantic Division, located in Dartmouth, Nova Scotia.

Locke earned high praise from staff and Commissioners for steady, sure-handed management of key IJC initiatives and staff during his tenure.

“Steve was the right person at the right time to steer the Great Lakes office during a very active year,” said Mark Burrows, senior scientist and deputy director at the Great Lakes office. “Under Steve’s watch, the office completed an important assessment of excess nutrients in Lake Erie, established a new administrative unit, and restructured and launched our Great Lakes advisory boards.”

Burrows will be the Great Lakes office’s acting director while IJC Commissioners conduct a search for a new director to fill the next four-year term. That director will be a U.S. citizen as part of four-year rotations that alternate between the countries.

Locke has moved back to a job with Natural Resources Canada. 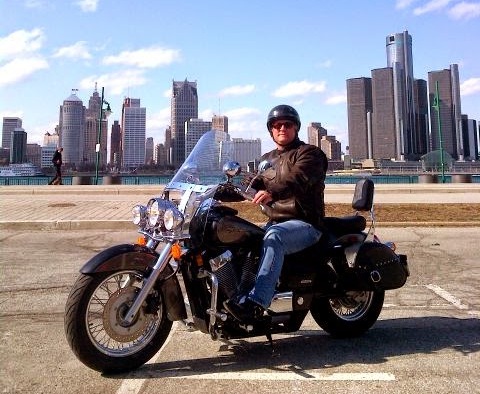 Stephen Locke and his trusty Shadow.

So what’s with the motorcycle? And the North Pole?

When Steve returns to his permanent job, he’ll be thrown into a fascinating new adventure. Apart from his division director role, he also will be NRCan’s program director for Canada’s Extended Continental Shelf program.  This 10-year program recently received an extension to continue mapping the seafloor and assessing the resources in Canada’s Arctic, near the North Pole.

This is an important program for Canada in that the results of these scientific studies will extend Canada’s border in both the Arctic and in Eastern Canada in areas with significant resources. Canada will actually grow in size by an area equal to the size of the three Prairie Provinces.

And his route home is a 2,000-kilometer, three-day journey on his trusty motorcycle that will allow him to appreciate the Canadian and American countryside in full early summer bloom. Staying true to his bi-national IJC influence, he has chosen a route that spends an equal amount of time in both countries. This short adventure will offer a good mental transition from IJC Great Lake issues to his next challenge with NRCan working on the Continental Shelf.

Locke said he treasures the experience and friendships he made at IJC and at the Great Lakes office, which culminated on his last weekend with a pontoon boat trip from Lake St. Clair, past the IJC office on the Detroit River, and into Lake Erie and back.

“It was fitting to spend my final weekend on the very waters that the IJC works so hard to protect and enhance,” Locke said. “Being on the water on a busy, summer weekend gives you a full appreciation for the many users of the waters, the beauty and value of the resource, and the many competing demands. I will miss the exciting work that the IJC does and my many colleagues at the IJC. I would like to thank the IJC for this great opportunity I had over the last year.”