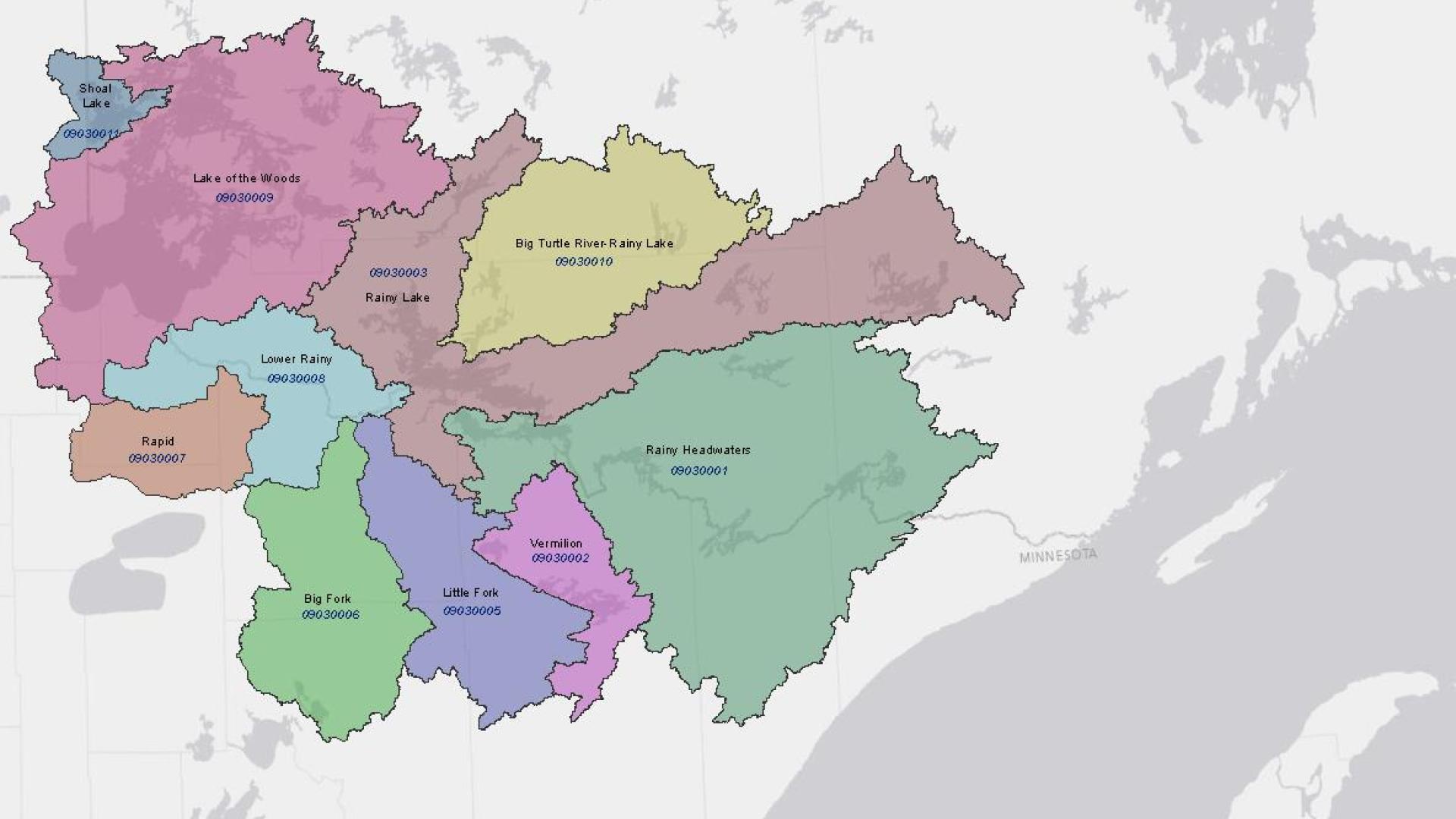 The Rainy River in the Lake of the Woods basin is home to the first-ever international StreamStats project.

StreamStats, developed by the U.S. Geological Survey, is a Web-based Geographic Information System (GIS). It provides users with access to an assortment of analytical tools useful for water-resources planning and management, along with engineering applications such as the designing of bridges.

Agencies involved in extending StreamStats to the Lake of the Woods basin include U.S. Geological Survey, the IJC, the International Rainy-Lake of the Woods Watershed Board, Ontario Ministry of Natural Resources, and Environment Canada.

The Lake of the Woods basin takes in parts of Ontario and Manitoba in Canada, and Minnesota in the United States. The ongoing StreamStats work was detailed at the Rainy-Lake of the Woods Watershed Forum held March 12-13 in International Falls, Minnesota.

The application of StreamStats for the Rainy River grew out of a data harmonization project that began in 2008 when the IJC created a Transboundary Data Harmonization Task Force. 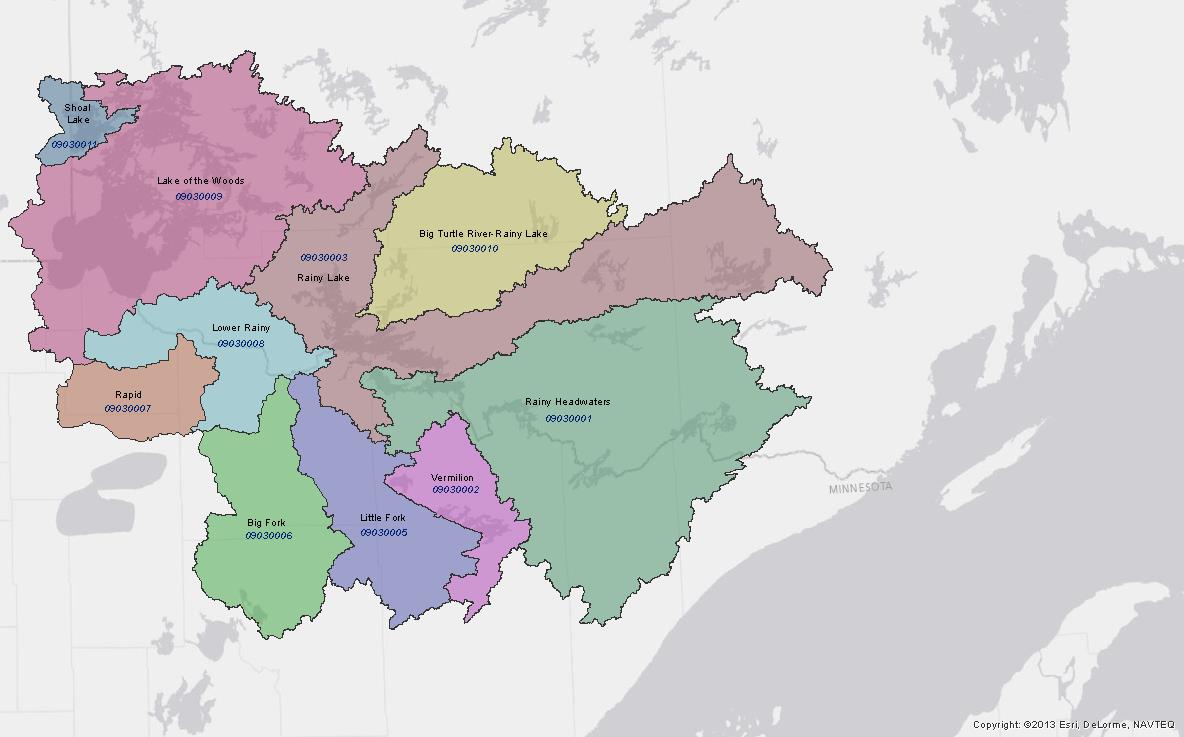 Transboundary hydrologic units for the Lake of the Woods basin. Credit: USGS.

Last year, hydrography processing was finished for the last of 120 transboundary hydrologic units along the 5,000-mile (8,000 kilometer) international Canada-U.S. boundary. Hydrologic units are a term used for datasets that encompass a watershed.

The final units that were completed were for some of the largest areas in the Great Lakes basin, including lakes Erie, Superior and Huron.

Now that databases from Canadian and U.S. agencies have been integrated and replicated, agencies are using the same standardized suite of hydrographic interpretations. The combined data includes information on flow gauges, water quality monitors and other data-gathering devices. 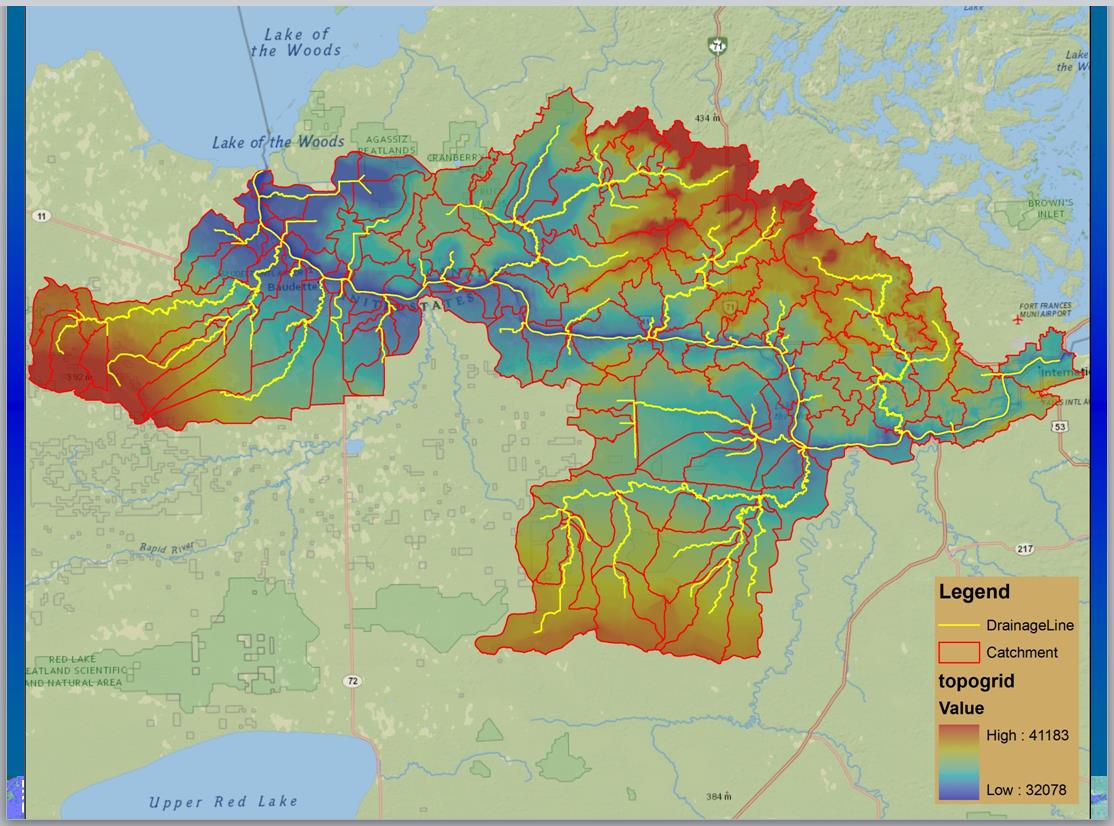 Integrated data brings many advantages, including the ability to better trace contaminants that may be entering rivers or streams.

The application of StreamStats to the Rainy River will allow for watershed delineations to be performed from any point on a stream location in the area. Also, a number of basin characteristics can be summarized, such as mean-annual precipitation, temperature and runoff, drainage area, channel slope, land cover, wetlands, and storage.

Those involved with the project are developing real-time types of analysis on top of the Canadian and U.S. information integrated during the data harmonization work.

A core function of StreamStats is to gather information on flows. The types of flows being catalogued for the Rainy River are peak flows, due to flooding and other concerns.

For instance, a planner who wants to design a bridge or culvert needs to know how much water is flowing through a given area. Often, there may not be any flow gauges located near the area where the bridge or culvert is to be built. The StreamStats project will allow for flow data to be interpolated based on areas with gauges, and regression equations.

The Erie Canal is a Battleground Against Invasive Hydrilla 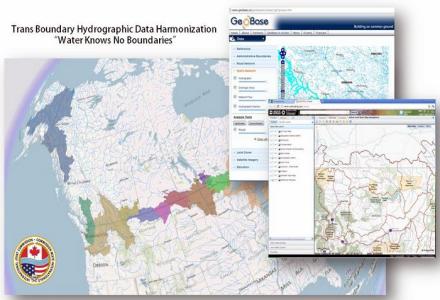