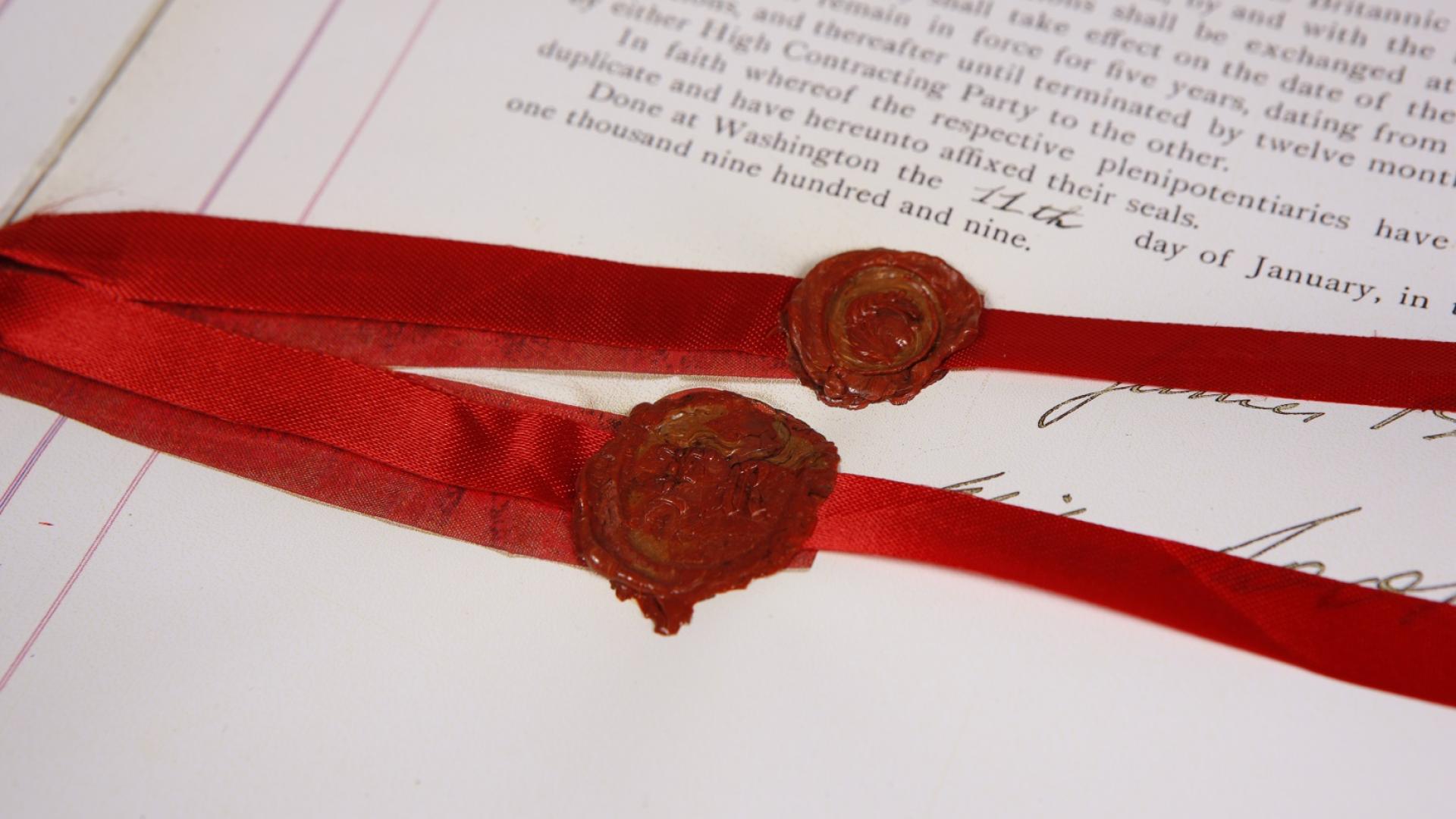 The Boundary Waters Treaty was signed in 1909 to prevent and resolve disputes over the use of the waters shared by Canada and the United States and to settle other transboundary issues. The treaty established the International Joint Commission (IJC) to help the two countries carry out its provisions. At the time, disputes over water were already creating tension along the border. Settlers in Montana and Alberta were building competing canals to divert the waters of the St. Mary and Milk Rivers for their own use. On the Niagara River, it was increasingly clear that the two countries needed a management plan that could balance the growing demand for hydroelectric power with the interests of navigation, while safeguarding the unique natural beauty of Niagara Falls. The treaty provided a framework to deal with these disputes. The IJC held its first meeting in 1912 and has worked to resolve more than 100 matters raised by the two federal governments.