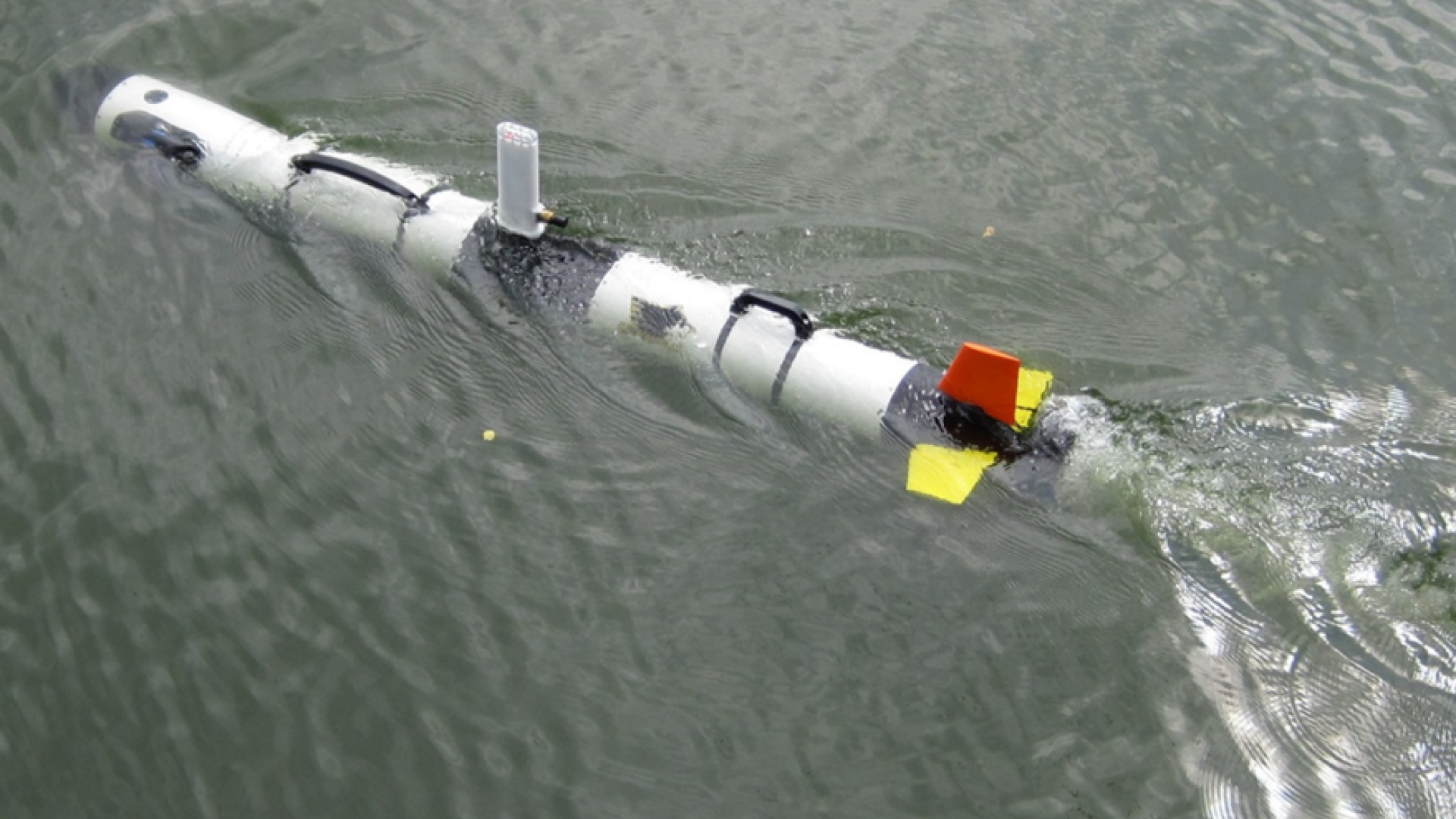 Once a whimsical feature of sci-fi novels and movies, autonomy is one of today’s biggest advancements in transportation, industry and science as new technologies are developed for use on land, air and sea. Autonomous vehicles can sense their environment and have varying degrees of independence from an operating station or remote pilot.

This technology has many potential applications for aquatic scientific research. Great Lakes freshwater ecosystems are vast and complex, and there is still much to learn about them. Changes in weather and water levels and the effects of invasive species, contaminants and nutrients can be investigated with the help of autonomous tech.

A firm step in this direction was the establishment of the Marine Autonomy Research Site (MARS) in August at Michigan Technological University’s waterfront campus in the Keweenaw Peninsula. The site, supported by the Smart Ships Coalition, is a test bed for robotics and sensor technology, collision avoidance software, artificial intelligence and advancements from other sectors including self-driving cars and airborne drones. It will be used to evaluate software, assess machinery and develop methodology in a monitored environment before use in commercial and recreational traffic or at sensitive sites.

The Smart Ships Coalition is a network of partners including the Michigan Office of the Great Lakes who are working to advance autonomous applications.

Autonomous vehicles like small surface or underwater machines can increase reach and reduce risks to scientists, especially for jobs that are dull, dirty, or dangerous. Researchers can program surface and underwater drones to map portions of the lake bottom – a repetitive, back-and-forth process – and deploy machines to collect data in situations that could be harmful to people. The Great Lakes, especially in northmost Lake Superior, harbor dangers like icy waters, powerful gales and unpredictable weather systems. The ability to work under the ice is especially advantageous.

There are many possible scientific applications of autonomous technology.

For example, survey work and geo-physical monitoring of currents traditionally conducted in a research vessel could be instead done from an office. Similarly, updating navigation maps and bathymetrical imaging of lake and river bottoms could occur more frequently, enabling richer data sets. This type of surveying can be used in environmental work, but also has applications for underwater archaeology, where researchers might search for and examine historical shipwrecks, and flooded or prehistoric sites.

Autonomous technology also can be used to assist with water and habitat restoration projects. Autonomous vehicles fitted with sensors can monitor water quality and test for contaminants. With cameras, they can help assess optimal fish and wildlife habitat and monitor restoration projects to determine success.

Additionally, the technology can be used for structure monitoring and marine safety. Instead of costly dive missions, autonomous vehicles could be used to monitor conditions of petroleum pipelines, transmission lines, bridge anchorages, causeways, piers, water intakes, fishing trap nets and similar structures. They also can be deployed to accident sites for search and rescue operations, and for oil spill assessment and response.

Smart Ships Coalition partners and Michigan Technological University researchers believe that techniques and technology developed at the MARS can be applied to manage marine and aquatic ecosystems worldwide and benefit commercial industries.

Rachel Coale is the outreach coordinator at the Michigan Department of Natural Resources, Office of the Great Lakes, in Lansing, Michigan.